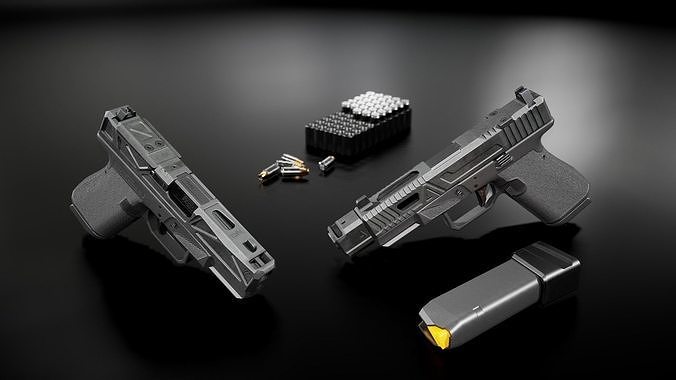 Game ready model of a Glock 19 handgun chambered in 9x19mm.

The RMR Mini Red Dot Sight ghost depicted in the preview images is for reference only and is not included.