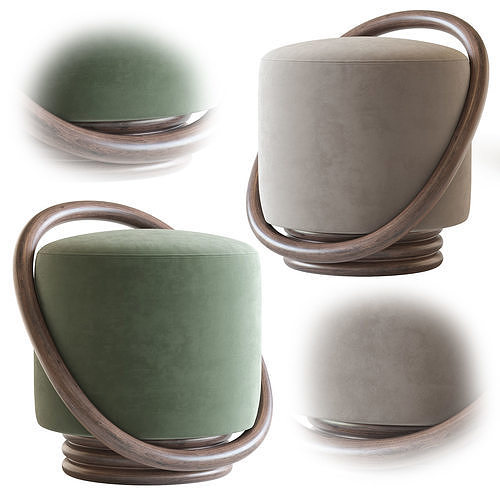 SMILE By Porada Коллекция Twenty Type Пуф Год производства 2020 Дизайнер Marconato & Zappa Architetti Associati Smile is a pouf with frame in solid ash wood and cover in the fabrics of the collection.‎ Inner structure in poplar plywood with elastic belts.‎ Marie Antoinette acquired the hairstyle, which was a creation from the famed hairdresser of the day, Léonard Autié. In April 1774, it was first sported as Le Pouf Sentimental by Duchess de Chartres at the Opera. The Duchesse's hairstyle was immense. 14 yards of gauze were wrapped around a tower as well as two figures representing the baby Duc de Beaujolais in his nurse's arms with an African boy (a particular favorite of the Duchess) at her feet. A parrot and a plate of cherries were also added.[2][3][verification needed]

From then on it quickly became widespread amongst noble and upper-class women in France during the time. It was highly creative and artistic, and women could literally wear their moods through strategically placed decorations and ornaments. Ships, animals and hundreds of other novelty items could be seen on these poufs. Other decorations included pearls, headdresses/hats, hair jewellery, and plumage, such as ostrich feathers.

It also became popular in other countries throughout Europe and the United Kingdom during the same era, with Georgiana Cavendish, the Duchess of Devonshire, the most notably famous for her hair in Great Britain, Queen Charlotte of Great Britain would also fashion her hair into the pouf. As the 1780s progressed the style in which the pouf was worn evolved to become somewhat more conservative. From 1789, upon the outbreak of the French Revolution, the pouf became more of a political weapon for women who supported the revolution in turning against their former Queen's most popular fashion statement.

As the 18th century came to an end, and the beginning of the 19th century, new fashions came along for hair, and the pouf, after the execution of Marie Antoinette, became history. The pouf returned in both the 20th and 21st century with the more modern name beehive, revived by stars such as Dusty Springfield, Cilla Black, and Amy Winehouse.