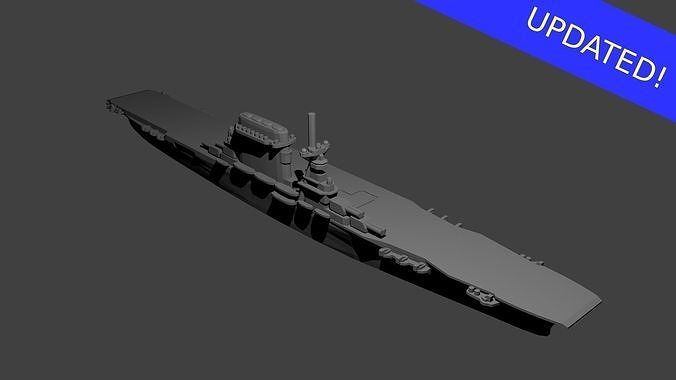 This model is designed and tested at 1/1800th scale, but up-scaling and down-scaling are possible. Since the model is optimized for 1/1800th scale, it is not ideal to print larger versions due to a lack of detail. The gun barrels and mast have been enlarged.

This is part of my collection of WWII warships, keep an eye out for more to come. If you have a specific request, message me and I'll bump it up my list.

Tested with PLA at .08mm layer height with .4mm nozzle. However, smaller layer heights such as .08 will create better results.