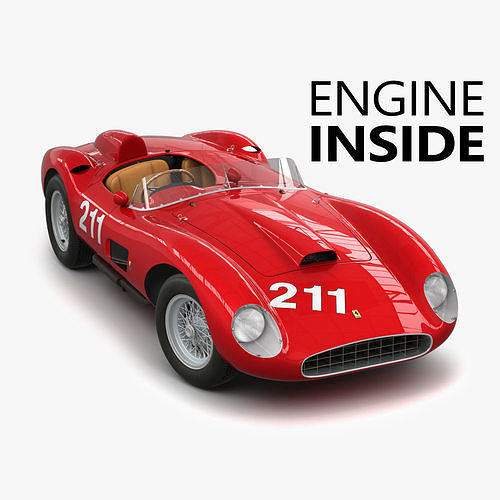 HISTORY: Only two Ferrari 625 TRC Spider Scaglietti were manufactured in 1957. They were based on the 500 TRC model, but upgraded by factory to 2.5-litre specification. These two examples of breathtaking beauty are some of the most gorgeous cars ever made by Ferrari, according to the brand’s historian, Richard F. Merritt. One of the two vehicles was purchased by the Austrian-origin, American pilot John Von Neumann, famous for importing European sports cars to the United States and for founding the California Sports Car Club. Between 1957 and 1959, Von Neumann drove the mighty 625 Trc in many races – Pebble Beach, Pomona, Hawaii and Santa Barbara, to mention but a few – earning three podiums and two 1st place victories. It continued on to have a prolific career, even in vintage races all the way up to 2011 Montery Historic Races. Despite those successes and the ones that would come later, the real triumph remains its beauty.

The rendering scenes are not included.