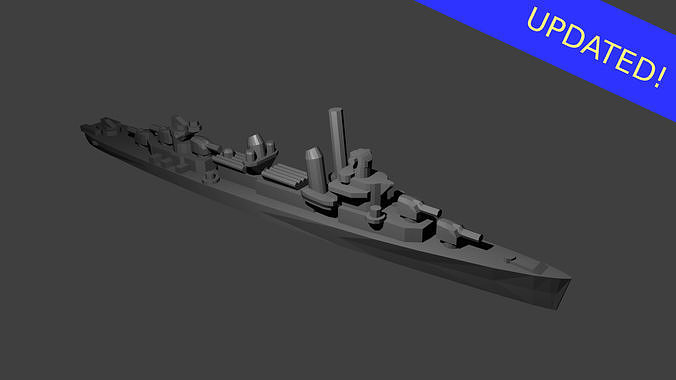 The Fletcher class of destroyers were highly successful, with 175 commissioned into the US Navy between 1942 and 1944. The Fletchers were a jack-of-all trades, for a destroyer, performing anti-submarine and anti-aircraft duties, as well as sporting up to ten torpedo tubes and five five-inch guns.

This model is designed and tested at 1/1800th scale, but up-scaling and down-scaling are possible. Since the model is optimized for 1/1800th scale, it is not ideal to print larger versions due to a lack of detail. The gun barrels and mast have been enlarged.

This is part of my collection of WWII warships, keep an eye out for more to come. If you have a specific request, message me and I'll bump it up my list.

This model includes two versions, and early-war and a mid-war configuration.

Tested with PLA at .1mm layer height with .4mm nozzle.