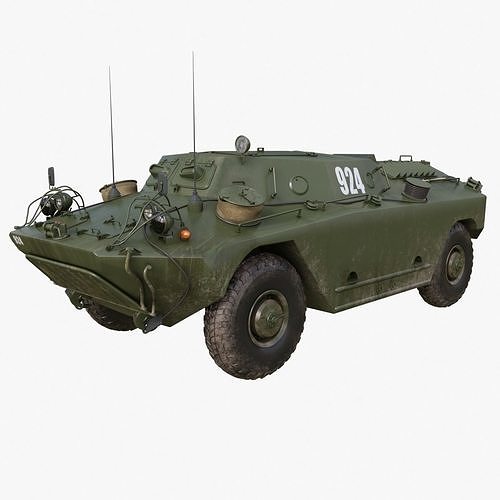 The Hungarian military leadership had abandoned the promising domestic recon armored car project based on WW2-era Csaba, because the Soviet government promised to sell large numbers of old BA-64s from USSR reserves at a low price. Hungary never received any BAs, thus Hungarian People's Army had no wheeled armoured reconnaissance vehicle from 1945 to 1960s. the desperate need of suitable recon vehicle and the insufficient performance of the Soviet industry (persistent shortage of APCs and Recon cars) were encouraged the Hungarian industry to develop and mass product a cheap but capable enough recon vehicle. In order to speed up development and keep prices down Hungarian industry largely based the design on parts of existing civilian vehicles and boat manufacturing experience of the Hungarian shipyards.

The 3d model is made in 3ds max 2017 and rendering in mental ray, only press Rendering for generate your image.

Export in fbx and obj preset from 3ds max 2016, all export format use the material.