The new feature film “Dauntless – the Battle of Midway” was created using 150 different stock 3D models purchased from the CGTrader Marketplace – saving an estimated one million US dollars in production costs. This is truly remarkable example of the advantages of using photorealistic stock 3D content in film and animation production.

Michael Swack from the CGTrader Blog caught up with Bayou Pictures owner and VFX producer Mike Phillips in Los Angeles at SIGGRAPH 2019 to discuss the role 3D content played in the film. 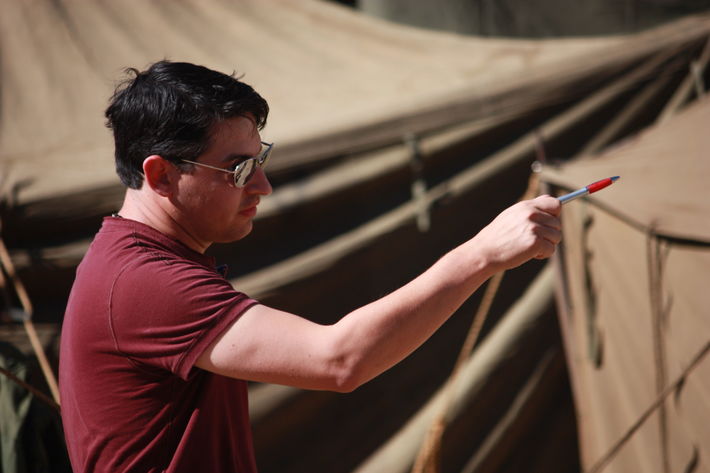 Michael Swack (MS): Tells us a little about Bayou Pictures and the challenges of being an independent film company?

Mike Phillips: Bayou Pictures is an independent production company that focuses on creating historical feature films. Despite having a small fraction of the typical Hollywood budget, we pride ourselves in thoroughly researching and highlighting the real experiences of those who have served.

Our members are avid students of history and have spent years interviewing and developing friendships with veterans. Our goal is to make feature films that will do justice to the heroism of our service members; to remain as true to their stories as possible, while creating an experience that entertains and excites the imagination of a wider audience.

MS: Describe your latest film – “Dauntless – the Battle of Midway.”

Mike: “Dauntless - the Battle of Midway” tells the true story of a pilot who was shot down flying an SBD Dauntless naval scout plan on the first day of the epic battle of Midway. Midway was probably the most important naval battle of World War II and turned the tide of the war.

MS: We see there are a lot of impressive visual effects in the film. How were you able to create them on an indie film budget?

Mike: One of the challenges we have as an indie film company is that we do not have the big budgets of large productions for VFX. It typically takes millions of dollars to pay for the required 3D modeling, the texturing, the animation and the rigging. So we checked out the CGTrader Marketplace for stock 3D content and, to our delight, we found all the 3D models we needed for the entire movie including ships, planes, guns, and digital backgrounds.

It actually started with the 3D model we found of the USS Enterprise Aircraft Carrier. We got the Enterprise stock 3D model for a price point we could afford and we found it took very little actual work to get it to a photoreal spot. So we proceeded to buy all the 3D models for the film from CGTrader – everything from the SBD Dauntless to the crates, ammo cans and 1940 era oil pump we used in the dock scene. With the modeling already done, we saved months of time and were able to go from inception to completion of the film which involved 1800 shots in one year. 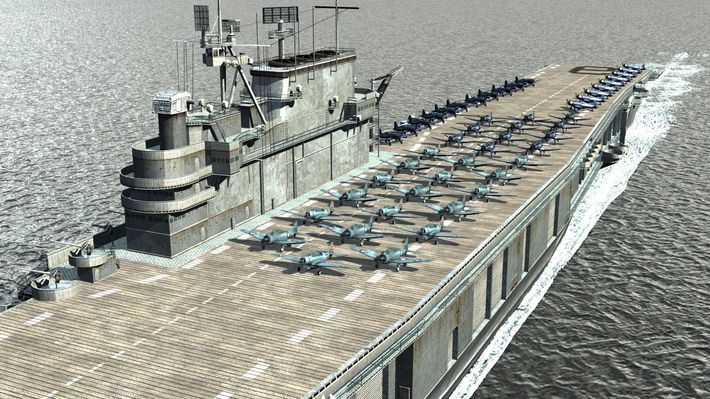 The actual 3D model of the USS Enterprise, created by Hanlin, purchased from the CGTrader Marketplace for 3D Content for only $35 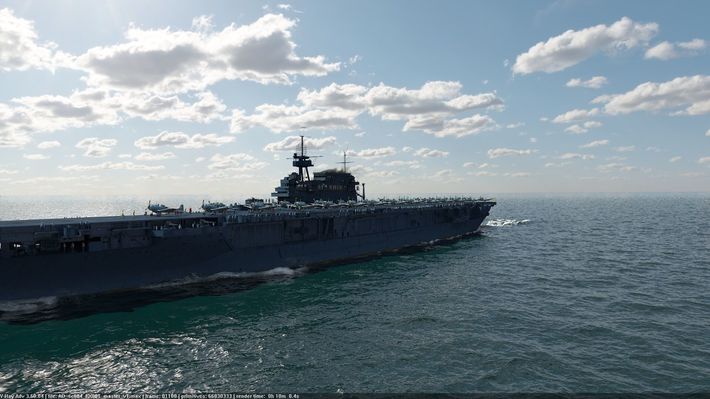 3D Model of the USS Enterprise aircraft carrier, purchased from the CGTrader Marketplace for 3D Content, as it appears in the film “Dauntless – the Battle of Midway” produced by Bayou Pictures

MS: Can you give us a specific example of a scene that was made possible with CGTrader 3D models?

Mike: There are many! We had this scene we wanted to shoot that recreated an ocean dock on Midway Island. Because we were shooting green screen, we were able to shoot the scene on a small wooden deck and then create the full dock using 3D models. We downloaded crates, ammo cans, even a 1940 style oil pump. When you see the live action actor shot with the green screen with the high resolution, textured models, it looks pretty impressive. I literally created the digital environment in 45 minutes. This scene alone would have cost us $100,000 in production costs – taking into account the art development, art director, set director, and prop people. I just simply downloaded the 3D content. 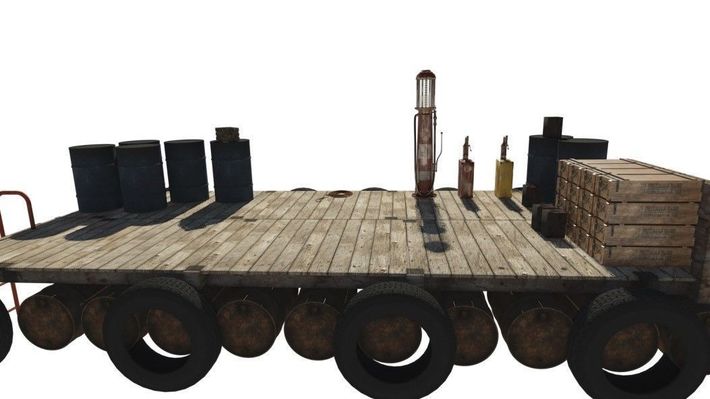 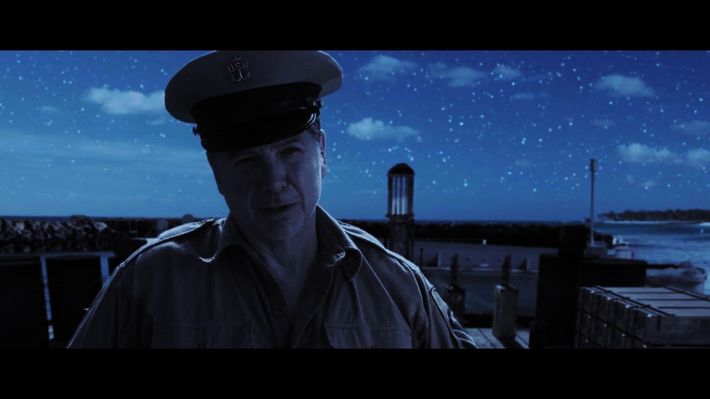 MS: What do you estimate your overall time and cost savings to be?

Mike: I would estimate that we saved tens of thousands of man hours by buying all the 3D models at a resolution that required very little work to get them camera ready. This film would simply not have been possible without CGTrader. We saved easily well over one million dollars in production costs with the 150 different stock 3D models we purchased from CGTrader Marketplace.

MS: What advice would you give to young indie film makers planning their next production?

Mike: I would recommend that young film makers try to build their films using stock content that is already available. CGTrader Marketplace for 3D content is a great place to start. Take an inventory of everything you can get inexpensively, then build your approach from there.

The 3D model of the PBD Dauntless, purchased from the CGTrader Marketplace, as it appears in the film “Dauntless – the Battle of Midway” produced by Bayou Pictures

Watch the exciting trailer for “Dauntless – the Battle of Midway” here.

the film is so good
r
Your work is amazing