As millions of gamers are taking their first steps in virtual reality (VR), we want to find out more about the people creating awesome VR experiences. This is why we'd like to introduce Oliwer Svensson (@oliwervik) to our 3D designer community. Oliwer is the Art Director at SVRVIVE – an independent VR game development studio known for making great games with immersive environments. In this interview, he shares his insights on developing transformative games, 3D modeling and the VR industry.

Oliwer, tell us a bit about SVRVIVE. What inspired you to start working in VR?

SVRVIVE Studios is one of Europe's leading indie VR/AR game studios that’s focused on immersive and transformative gaming. For us, it’s all about exploring and pushing the boundaries of emotion-evoking gameplay and entertainment. I started working at SVRVIVE roughly 2 years ago when there were just over 200 VR titles on Steam. VR was a completely new experience for me when I started working here. The first VR title I tried was an early version of what later became our biggest game to date, SVRVIVE:The Deus Helix. Being able to enter a totally different world that was still “under construction” felt alien and a bit scary! As an artist, though, it gave me a different perspective on what possibilities there were to create art for a game that you could immerse yourself into within a moment! Now, two years later, with all the improved technology coming up, I’m still super inspired to build new and greatly immersive worlds for the players!

With hundreds of companies diving into VR and AR, what makes SVRVIVE stand out?

I think that our approach to developing games in general is a bit different than usual. Our games are specifically designed to be immersive, evoke emotions and have that sort of “WOW!” effect on our players throughout the levels. Our latest game Kartong –Death by Cardboard! is a great example: You find yourself captured against your will in a deadly city made out of cardboard, with your whole life depending on a mediocre weapon made out of simple office supplies. The goal of our art direction was to capture a unique setting and combine it with a challenging stealth/FPS gameplay that provokes the player to think and act differently! Our goal is also to stand out amongst the crowd, so we must think critically and act quickly, especially in such a fast-moving market. Good decision-making is therefore extra important, and the value of our pre-productions is taken very seriously to further heighten the concept of interesting and thought-provoking ideas.

CGTrader is a 3D model marketplace with a strong community of designers, so our readers are naturally interested in the modeling process: what are the major differences (e. g. workflow) when creating 3D models for VR, as opposed to traditional games?

I’d argue that the differences in workflow between creating 3D models for VR, as opposed to traditional games, is having optimization in mind and working with the fine details in both textures and shaders. I’d also argue that it’s equally important for modern development of photorealistic games. Rendering heavy textures and expensive shaders is proven to be equally demanding or even more costly than having a high poly model when developing for VR. Making use of the UV space, working with optimal texture atlases and having the triangle count in mind is equally important for VR as it is for traditional non-VR games. What really separates VR as a medium, as opposed to non-VR, is that the player in a VR world is often able to freely navigate much closer to the 3D models. This makes it even more important to have a good-looking optimized 3D model that looks great at a distance, through a close-up, and possibly even from behind!

We've read that the idea for Kartong came about during a game jam. Tell us about the journey you took from the initial idea to the final game.

Each Friday after lunch we spend the rest of the day building quick prototypes and short games. This allows us to be creative and express our ideas that eventually could turn into an awesome game! In its early stages, Kartong was just an ordinary maze game that came about during a game jam shortly after the release of our previous game SVRVIVE: The Deus Helix. To challenge ourselves this time around we decided to work with a different game engine, in this case we chose Unreal Engine. We soon came to realize the game’s fantastic potential and began brainstorming ideas, concepts on unique settings, and tried to figure out how we wanted to approach the art style. I took heavy inspiration from, among others, Tim Burton and his approach to building unique and mysterious but not always horror-like settings. Combine that with a creepy science-experiment theme and it all wrapped up into a challenging maze game with procedurally generated levels all made out of cardboard and filled with our “cutesy” monsters and traps!

Couldn't help noticing some slick 3D models in the Kartong gameplay trailer. How important is PBR in your games?

With today’s modern game engines and the ambition for realistic environments, we naturally choose to use the PBR workflow for our game. We also chose PBR to further maximize our workflow as it has been a proven standard in the industry that we liked working with before.

Kartong is aesthetically very different from The Deus Helix. Did you make Kartong from scratch? How much of the whole development process was dedicated to the creation of 3D assets?

I think that my experience working in the development of our first game SVRVIVE: The Deus Helix gave a great sense of possibility and a strong driving force to go even further with the visual art style for Kartong. We did everything from scratch on that game, both with the code and the graphics. We also dedicated a lot of time to pre-production. In its early stages, we tried out several different ways of implementing 3D assets, developing our own procedural materials and documenting the artistic pipeline. Kartong is a fully joint-team effort and we really want that effort and our progress to shine through in the final product. The creation of the actual 3D models has been going on since the production started, and new ones are still making it into the game as we update and prepare for a full release!

As a studio, have you considered purchasing models for your projects?

We have so far created all of our assets from scratch, but I believe that purchased models can be very useful for quick prototyping or used in a game that has photorealistic art which does not have follow a specific art style. It could, for example, be nature models, such as trees, rocks and vegetation.

What major technical challenges do you face when developing games for VR?

As the art director, I believe that telling a visual story with dynamic and engaging environments opens up more creative ideas than traditional flat-screen storytelling. But it also creates greater challenges, such as letting the player control the story visually and navigate more freely. This requires having more interesting scene composition, smart lighting scenarios and visually engaging art. You really have to step back and think: “Is this really engaging enough for our players, and what can we do to heighten their enjoyment?”. 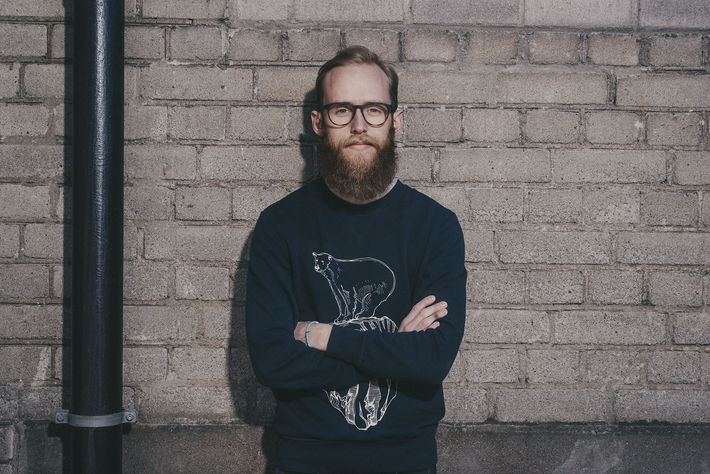 What are some major misconceptions that people have about VR and AR?

Some common misconceptions I often hear is that VR/AR is still super-expensive! That there’s still no full experiences and that all the games are sickness-inducing. VR and AR still have a lot of potential to evolve, but we have come a long way since I first played in VR, and I honestly think everyone should try at least one really good VR experience. The VR/AR community is very open and helpful, and nowadays there’s a lot of effort to ease players into this new medium of gaming. So, don’t just listen to naysayers, try it out yourself!

We want to thank Oliwer and SVRVIVE for the interview. You can find out more about what they are up to by following them on Facebook: https://www.facebook.com/svrvive/