Okta-studio: "Only time and budget are limits in 3D"

It is the second floor of a building in the industrial part of Vilnius in Lithuania. There is a bunch of people staring at the computers all day long. In the conference room a dozen of 3D glasses lays on a table. This huge office is the home for a Lithuanian design studio OKTA which was responsible for the special effects of commended Lithuanian movie Vanishing Waves. Its leader Vitalijus Zukas reveals their everyday cares and a life in between 2D and 3D worlds. 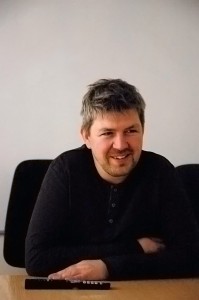 Vitalijus Zukas a leader of OKTA-studio

How did you reach the galaxy of 3D?

I used to be a producer for one music band. Members of the band were interested in experimentation with computer graphics. Each time we met, I used to be shown their new works in computer graphics. I became attracted to CG as well. Now they run a design company Cyberpunk. We were collaborating in a sci-fi movie Vanishing Waves. I also used to work in advertising, creating ads and music videos. That is why I spent lots of time analyzing post-production. I do not create 3D models myself, but I wish I had time for this. Nevertheless I fully feel myself as a part of the 3D community, because I am always in the process of generating ideas and developing them.

You were a part of the special effects team in the first Lithuanian sci-fi movie Vanishing Waves. There was an unusual surreal insect on the scene at the seaside. What was the best thing of this experience?

To tell the truth, that insect definitely was fascinating to all of us. We were very passionate about it and wanted to prove our best skills in realizing a character. We tried to create something realistic, desirable and unexpected. It required a lot of work. But it is always inspiring to explore the boundaries of your personal limits while expanding them, doing something you have never done before. 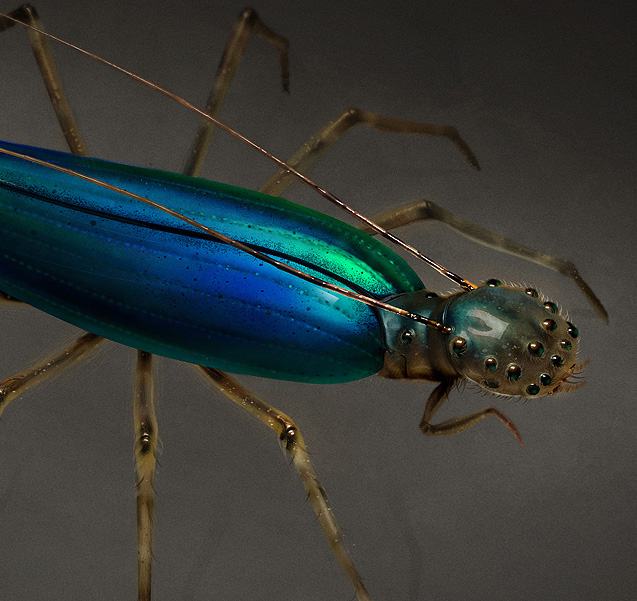 It seems that the results were great. How did you find the necessary ideas?

A director of the movie gave ys the basics of the idea. The insect was an element revealing artificiality of the main characters life. A big blue insect collects his eggs and puts them in the mouth. Then turns around and starts doing the same. It was highly important to emphasize its precise details and bring it to life combining with the plot of a story. When you create 3D reality experiments are inevitable. The complexity of a maze of consciousness was pictured by using loudspeaker and water: the results were astonishing. Sometimes even the simplest means bring the most unexpected results.

What do you like the most about the 3D world?

It is something incredible. Could you truly understand that everything what exists in imagination can turn into the real? 3D enables the materialization of ideas and images. It can easy become a passion. A person has to be devoted if he or she wants to be a 3D designer. It is all about learning, searching for the new forms and ideas, and having very few nights for sleeping. These people are always in step with technology and also quick in improving. There is no point in treating 3D design as an inexhaustible source of profit: other branches of business are much more profitable. The prices in this sphere is still quite low. I believe that most of the customers make a use of it. 3D modeling for the majority of designers, is a passion, so I am even quite sure that some of them would even work for free. 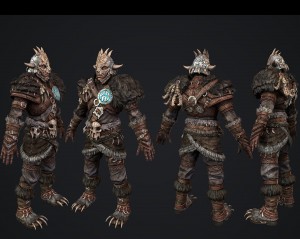 What is the main difference between 2D and 3D universes?

I cannot claim that I am a person of the 3D world. My life is in between. A world of 3D is absolutely different: it is alive, touchable and intimate. This is the space for the fantasy. Dozens of people dream of this reality, but only few have an opportunity to live in there and change it. Nevertheless, these two worlds are mixing between and a line what separates them is particularly tenuous.

3D modeling is not an easy deal. What was the biggest challenge for you?

Each month brings new challenges. But the biggest one is throw by our ourselves. We have recently started working on short-length sci-fi animation. It is being created not for sale, but in order to satisfy ourselves by solving difficult decisions of design. Every designer spends their free time working on this project. It requires high level of creativity, preciseness and passion. With hope to surprise this project we wish to surprise and reveal the ultimate potential of ours.

Here is a fragment of the mentioned animation to serve your curiousity. 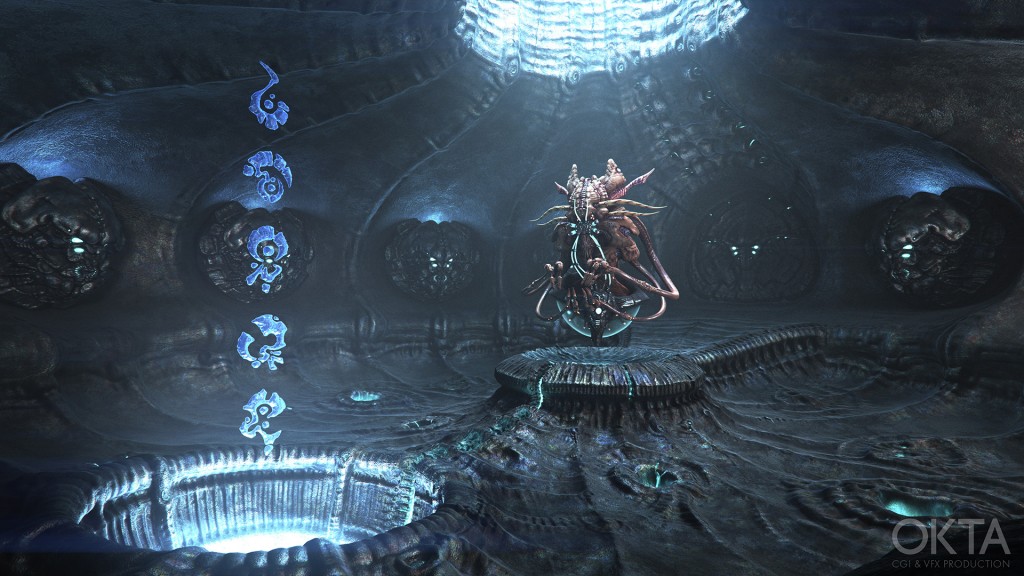 A fragment of a 3D sci-fi animation

A feature of sci-fi is highly common in your works. Is it the distinctive accent of your design?

We are all crazy about sci-fi. But we do not specialize in it. Photorealism seems to be attractive also. Everything can be combined: photorealistic sci-fi is also possible. Moreover, the needs of a customer are more important than anything. There is a saying that musician plays the music if the audience wants to hear it. The same is in design or any other field of business.

Does a word impossible exist in terms of 3D?

No. But there may be two restrictions: time and budget. When none of them limits you, it is possible to create anything. 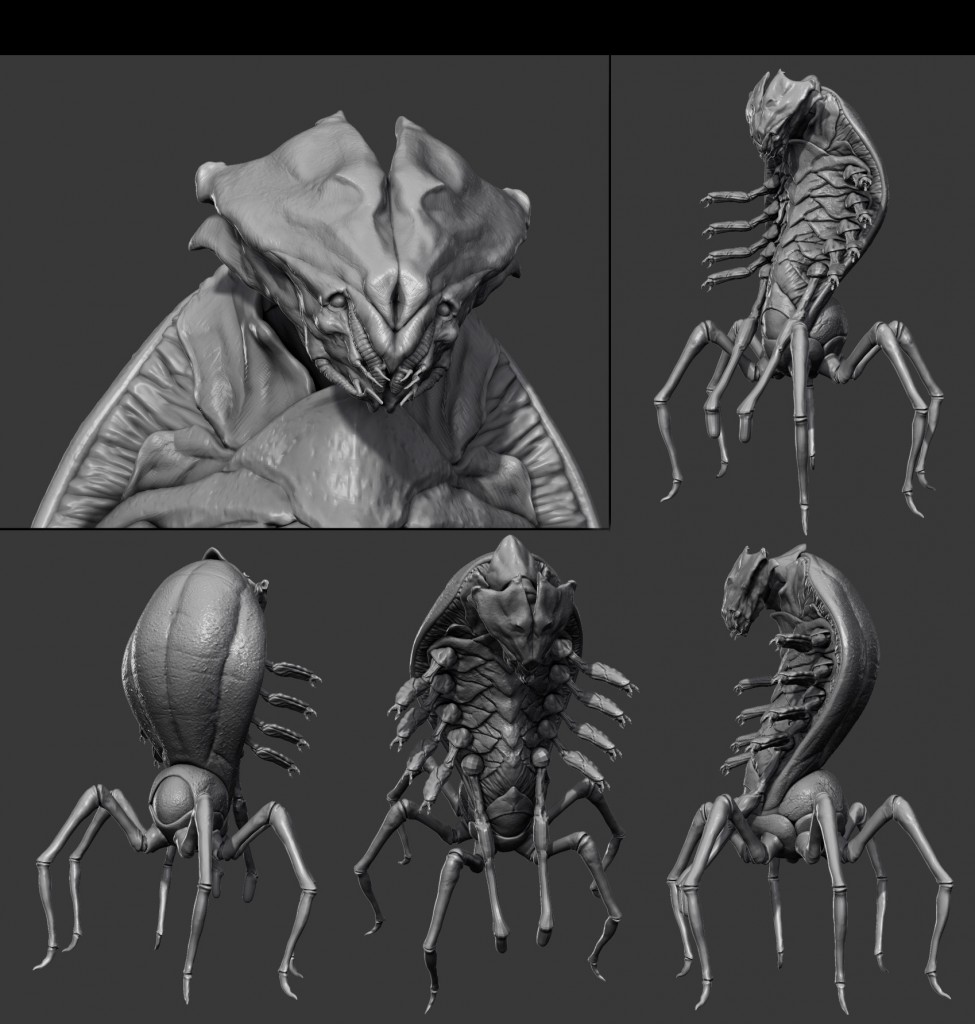 What are the projects you are working on at the present moment?

Our current projects are mostly in It mostly concerns the field of advertising. We have just finished an ad for Nissan company. At the same time we are working with one Mexican company and a well-known one Nesquick. A branded bunny of theirs is finally ready to enter the space of 3D. It is not a long time since we started working with foreign advertising companies. We made it clear that it is almost impossible to earn from Lithuanian cinema. People need more than just having rice with ketchup daily. But we are not leaving the sphere of cinema behind. We almost voluntarily work for the full-length movie Gustavo Enciklopedija. 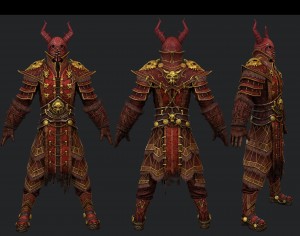 What is the future of 3D?

It is obvious that a demand for 3D will be rapidly growing. Technology is improving everyday. We see a lot of potential in improving web technologies. There is a revolution of 3D printing upcoming as well, which will make 3D models more and more popular. It means that those who understand digital technology of 3D will be in high demand. I guess that people will be fascinated about everything what lies inside a head and can be printed out. Fantasy is bigger than reality, indeed. That is why it is always running in front.

What is the best 3D movie you have ever seen?

I may sound very ordinary, but I will never forget J.Camerons Avatar. It was the very first movie that represented a magic world of 3D. That enormous space is constructed to the smallest details without trying to frame it. I remember the moment when I just left cinema after a movie It was obvious that a part of me was left in that fairytale, wondering somewhere in the jungle. I am sure it was a great achievement. That movie definitely overcame certain boundaries.

Thank you for the interview. 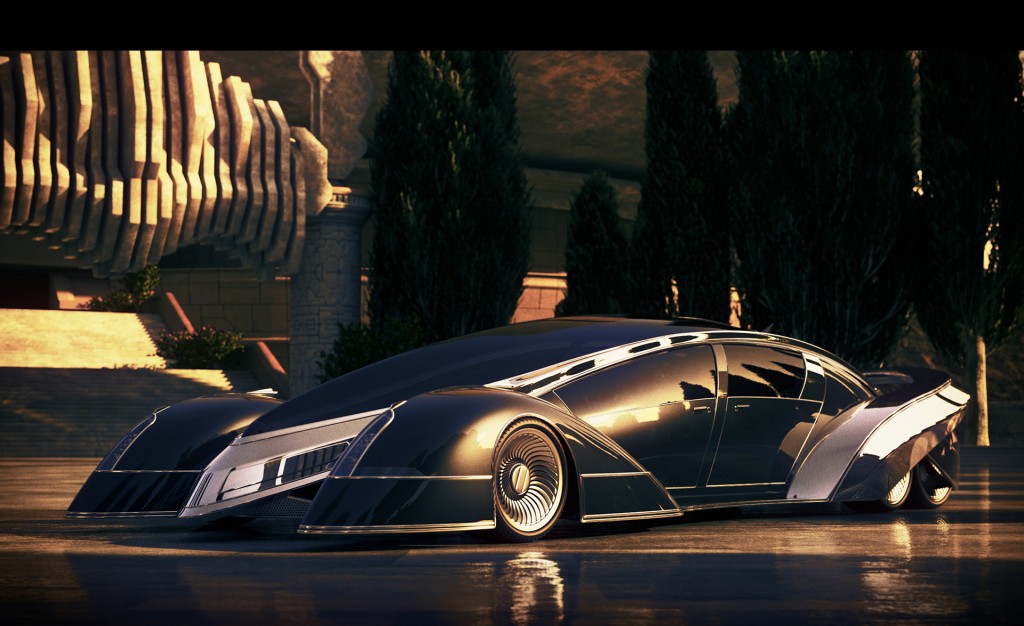