Clint O'Connor has devoted his life to driving change in the world and has never been short of ideas how to do it. He got his B.A. degree in Physics, went to MIT for Electrical Engineering supplemental courses and then started a PhD degree, but went on to start a company instead. Afterwards he worked for Dell and retired as a Distinguished Technologist having 35 US and 9 international patents to date.

As a deaf man, Clint always recognized the importance of the visual impact of images. He loves the unique perspective of pinhole cameras and the analog quality of film. Pinhole cameras and camera obscuras made a significant contribution to the early development of photography. Clint was making pinhole cameras from cardboard or wood or metal cans until he got a Solidoodle 3D printer in 2013 and was able to make lighter, less expensive and more robust cameras. Firstly, he created Flyer, the first 3D printed camera to be funded by Kickstarter, which is in the New Mexico History Museum now. Then he designed the first 3D printed panoramic pinhole camera Clipper. 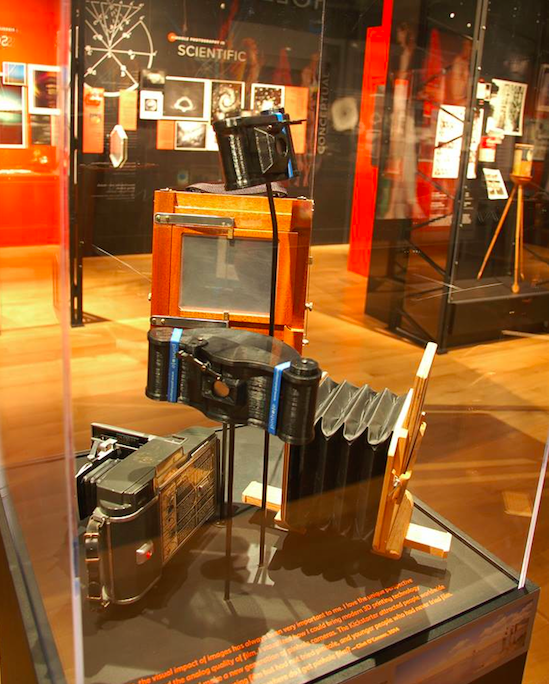 I’ve been a maker since I was a child - I was always taking things apart and putting them back together, often not in the way the manufacturer intended. I had a little minibike/gocart company in the Apollo moonshot days and started Analytical Engines in the early 80s to make 68000 accelerators for Apple and IBM PCs. Then I became a distinguished technologist for Dell, now retired. I made a lot of my own pinhole cameras from many materials and old cameras, but when I got my Solidoodle 3D printer in 2013, I thought the 3D printer would be ideal for pinhole cameras since the cameras would be light, robust, and relatively inexpensive.

Tell us about the local scene in Austin TX and in the UK. Who are makers and what do they stand for?

There are a lot of creative people in Austin! Austin is known on the world music stage for South by Southwest (SXSW) and for tech companies like Dell, Samsung, IBM, and many smaller companies. There is a TechShop in Austin, founded by Jim Newton, which is encouraging the local maker community.

Europe is bigger in the maker scene than the US and I’m still learning what’s going on in the UK. Manchester, of course, is the home of the Industrial Revolution and early computing developments, and it will be interesting to see if new 3D textiles will come out of Manchester.

Really, a maker is a creative person who makes new things out of any materials or old objects at hand. I would say a modern maker’s tools are 3D design and computer-controlled laser cutters, CNC, and 3D printing. Modern making is a mix of additive and subtractive manufacturing with a shift toward additive manufacturing and minimizing waste and energy usage.

Many people believe the maker movement will have a transformative impact on our future. What are your thoughts?

Absolutely, when it comes to 3D printing and forms of additive manufacturing. There is a great saving in time and energy when all you need are certain processed materials and a few essential parts, and you can turn out a finished product ready for use. In 20 years, the transformation will be nearly as pervasive as the Internet, though many people may not recognize it directly. There won’t be a printer in every home, probably, but it will permeate every aspect of many businesses and shops. Our children will grow up learning to design in 3D and dream of things we can’t anticipate today. 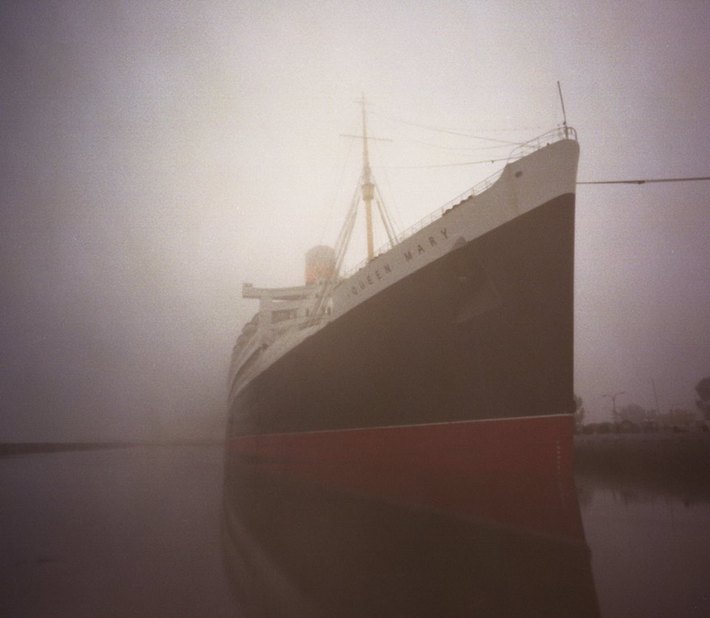 What part of the making process excites you the most?

The parts of the making process that excite me the most are the design & prototyping phases where I visualize the finished product and attempt to create it. There are a lot of failures on the way but each iteration solves a new issue, and it is inspiring to arrive at the final design. Production is much less interesting to me, as a rule.

How do you approach a project? Where do you get inspiration from?

. I get interested in a subject or field, and when I get involved, I think about how to improve or do it better, and then I get inspired to make a change. I have no shortage of projects and I don’t ever expect to run out of things to do and make.

What aspects of your project are unique? Why should it go big?

Quite honestly, pinhole cameras have been around for centuries. The unique aspect is that these cameras are 3D printed, the first to be 3D printed and the first to go on Kickstarter, and that has attracted both photography enthusiasts and 3D printing enthusiasts. Some people in the younger generations have never had a film camera. My favourite question from the Kickstarter project is “where do you buy pinhole film?” It’s funny from a historical photography context but it is also illuminating as a perspective on modern digital photography.

Who are the customers or clients of your project?

I wanted to attract two main groups, beyond those already interested in and doing pinhole photography. There are enthusiasts who have wandered away from film (and may have never tried pinholes before), and there are people who have never used film. The 3D printing aspect also attracted people who have or are interested in 3D printing. I succeeded on both counts with many comments from backers getting back into film or getting into film for the first time.

What’s the role of 3D printing in the maker movement?

How is 3D printing helping you bring the idea to life?

3D printing eliminates the labour in hand making paper or wood cameras, and the plastic is impervious to water damage. There is still hand labour in assembling, packing, and shipping the cameras but much of the labour in making the cameras has been stripped out. Once the design files are done, I just need to keep the printers running. It is not mass production, though. It’s more work to keep multiple printers running than to inject plastic – but I can do things I can’t do with injection moulding so I have fewer parts and less assembly.

It’s a dilemma and I think it depends on the circumstances of the designer. Open source is great for everyone and facilitates new ideas and sharing, providing users are mindful of attribution and the license specifics. I made my 35mm to 120 film adapters open source (CC by SA), and anyone can make them or even sell them, and I accept that. Despite the open source license, people are still purchasing them from me because they either don’t have a printer or don’t want to print them.

If you are creating a business, open source can limit your potential revenue. Non-commercial open source licenses theoretically allow you to share yet be the only maker who can sell it. There have been numerous cases where people have ignored that. Makerbot and others have started as open source and then realized they could not continue and also grow big, so they have moved to a closed source model.

Arduino is a good example, I think, of merging open source with business needs for a middle of the road approach. The name is trademarked so while anyone can make Arduino-compatible products, they can’t call them Arduino unless they pay a reasonable fee to the creators to license the name. 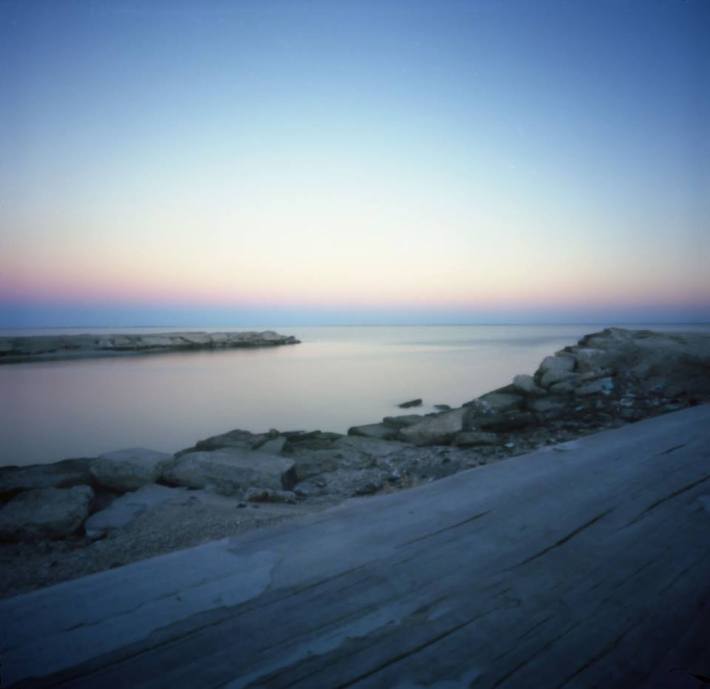 What kinds of objects have you 3D-printed for your personal needs?

How and why did you get the idea of using kickstarter.com to fund your 3D printing project?

I wanted to get my camera design into the hands of photographers who hadn’t experienced pinhole photography and give 3D printer owners something to print other than vases. I wanted Kickstarter to fund the printers (I already owned one) and enable me to shoot a lot of film for my photography work. I was hoping for about $5k. It was so popular I ran out of my projected production in 10 days. I got a second printer and ran out of that in another 10 days. I could have gone over $40k with more publicity and more printers but .

3D printing is a true disruptive technology. Many people deride the idea that everyone will have a printer at home or that everyone will learn 3D, and thus discount the future impact. As 3D printers can handle more materials and become cheaper and easier to use, the applications will expand, and ultimately many current mass produced products will be replaced by products that are 3D produced or incorporate 3D printing. I think the true revolution lies among the young people today who will grow up learning to design in 3D and accept that they can make what they want as a matter of course. 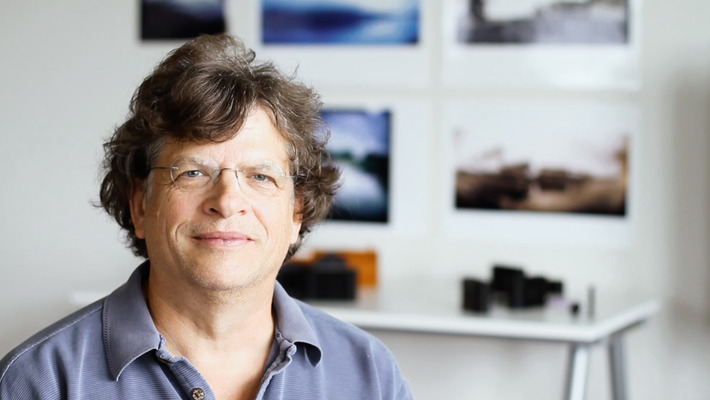 How do you see 3D printing changing people’s lives in a decade?

It’s very, very hard to accurately see 10 years out. As new technology comes into use, people see new applications and the technology changes as it matures. Certainly I think plastic FDM and resin printers will become common, particularly in schools and households with growing children. New materials will expand the range of applications. Resin printers are easy to run compared with FDM. SLS printers will come down to where it will be practical to go to a school or maker shop and have something made. Mass production will suffer progressively as people are less willing to take a stock product and will demand more customization. Medicine is a ripe field where new developments are being made every year. There will be house printers, car body part printers. We should be able to print circuits within 10 years, embedding the actual wiring into the objects themselves. I think there will be local shops where you can have what you need made, whether it’s a hard to find spare part or a personalized coffee cup, or any number of other objects in plastic, metal, ceramics, etc. Ask me again in 10 years.

Are you a maker? Check out the ongoing challenges!