Hear from the winners of 3D Challenge: Space

Last month we announced the winners of our 3D Challenge: Space. We got in touch with them and asked a couple of questions about their design work. Now, with the well-deserved spotlight on them, we give you their answers.

Tell us a bit about yourselves. How did you start 3D modeling?

jackfurneri1984: I'm an Italian 3D artist with a Master’s degree in 3D Computer Animation held at the University of Kent (Canterbury - UK). My modeling experience started in 2006 when I came across 3ds max and other 3D tools at the university. At first, I specialized in environment modeling and then I decided to concentrate more on human anatomy. From that point on, I also integrated more tools in my pipeline by learning Autodesk Maya and Pixologic Zbrush, which are my favourite programs for my current projects.

I've also always been fascinated by texturing and lighting, which is why I spent time exploring the new approaches based on PBR: Substance Painter has become my best tool for texturing and, thanks to the CGTrader Space Challenge, I will now have the chance to deepen new techniques with Quixel and Megascan. I've worked with 3D animation studios and, as freelancer, I create custom models on demand for some clients and studios in the United States. Along with my experience as 3D artist, I also have programming skills, which are the results of my past 2 degrees in Computer Science and Virtual Reality and Multimedia. I worked a bit with Unity and Unreal, but I would like to spend more time on game programming in the future.

eccemania: I started to working with Cinema 4D 7 in 2005. It was a bit frustrating at first, but I worked on it stubbornly. It took years until I finally managed to realize my ideas and visions in the way it is possible now, thanks to constant improvements in software made by dedicated developers. 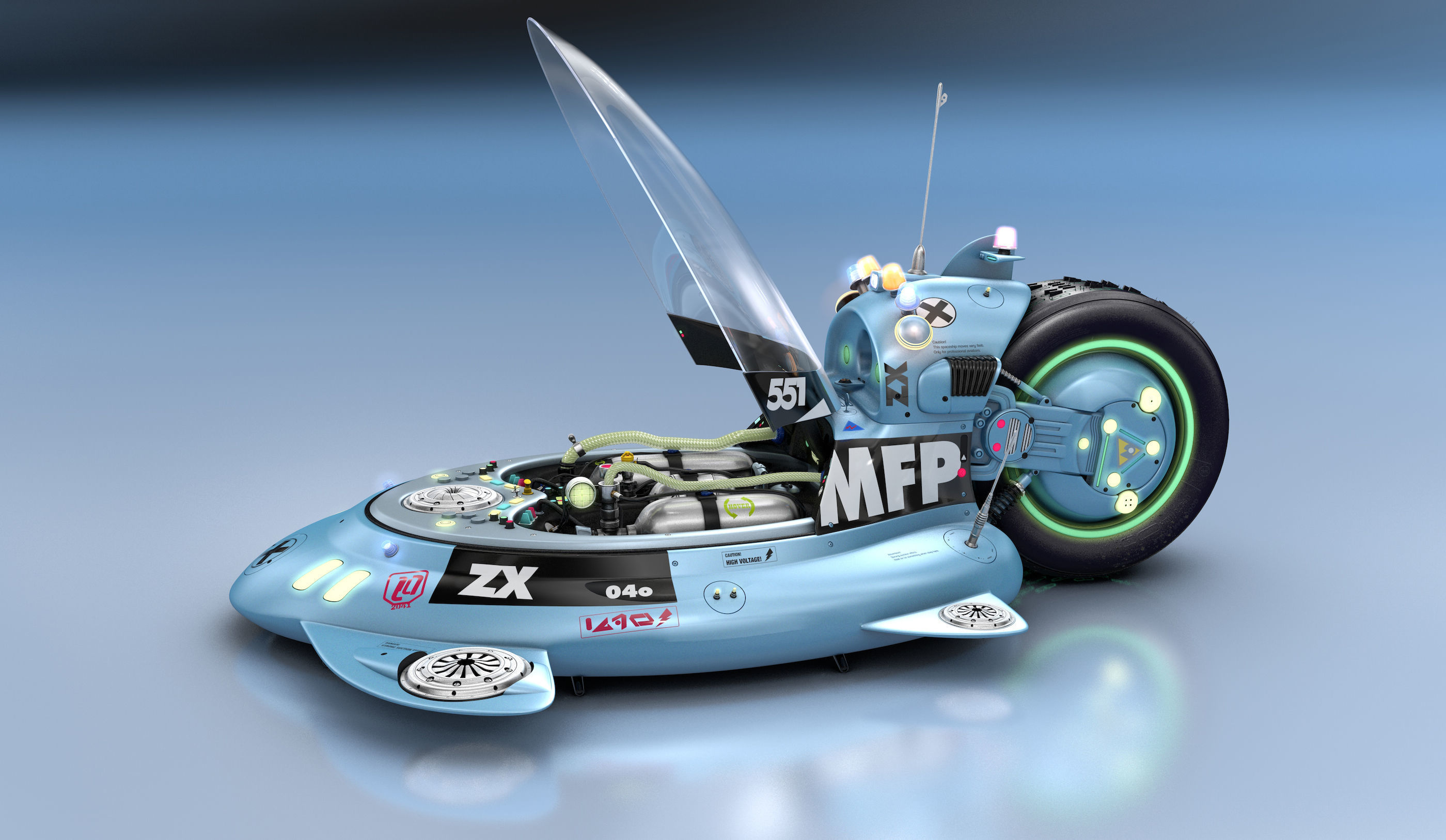 triplebrick: My name is Ralf Sczepan. I have been creating Environments and Props for games for about 5 years under the name Triplebrick. I've also released a game called Vernon's Legacy on Steam. I have worked as a database and app programmer for 10 years. I started creating games in my free time. I had the programming skills, but I needed to learn building environments and props. I really liked that part of game creation and dug deeper into it. 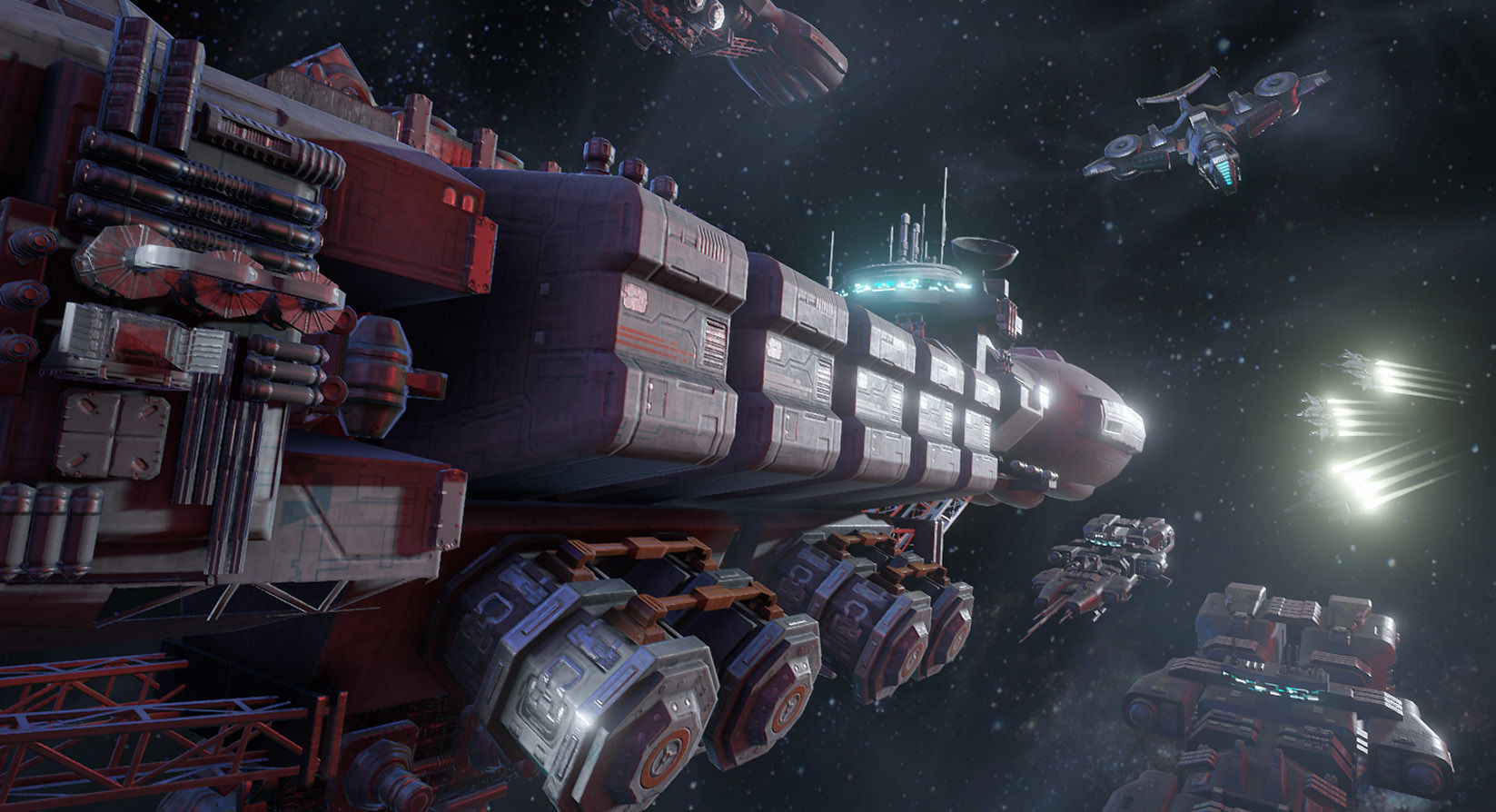 Is there a story behind the model you submitted to the challenge? How did you get the idea for your submission? What inspires you?

jackfurneri1984: There is not a real story behind my PBR robot model. Months ago I sat at my desk with the idea to elaborate something futuristic but with a vintage look. I prefer modeling organic characters and creatures rather than mechanical objects, but this time, what inspired me the most was the idea to model something different: I wanted to explore another world made of metal and steel.

I love texturing my 3D models, because I think that tiny details make the difference (some edge wear, rust, random stains, etc.). That's why I decided to start from scratch and collect good references from mechanical robots. I wanted to achieve 3 goals: a vintage look, round shapes, and micro details in the textures. I produced the model in Maya (the base mesh), sculpted it in Zbrush, and created the textures in Substance Painter. I finally decided to produce 3 different renders (Marmoset, Arnold and IRay) to practice and improve my rendering skills.

eccemania: The original inspiration for this space vehicle came from newly developed unmanned aerial vehicles by the US Army and NASA. So this model was thought of as an unmanned recon police drone that could move along unfamiliar space landscapes – underwater as well as on shore. I am inspired mainly by the great childhood I had. Growing up in the 80s was pure heaven: Masters of the Universe, Transformers, and Teenage Mutant Hero Turtles toys inhabited the floor of my childhood room and my imagination. The Gremlins, Terminator, E.T. and Hulk Hogan flickered on TV. I didn't miss a thing. 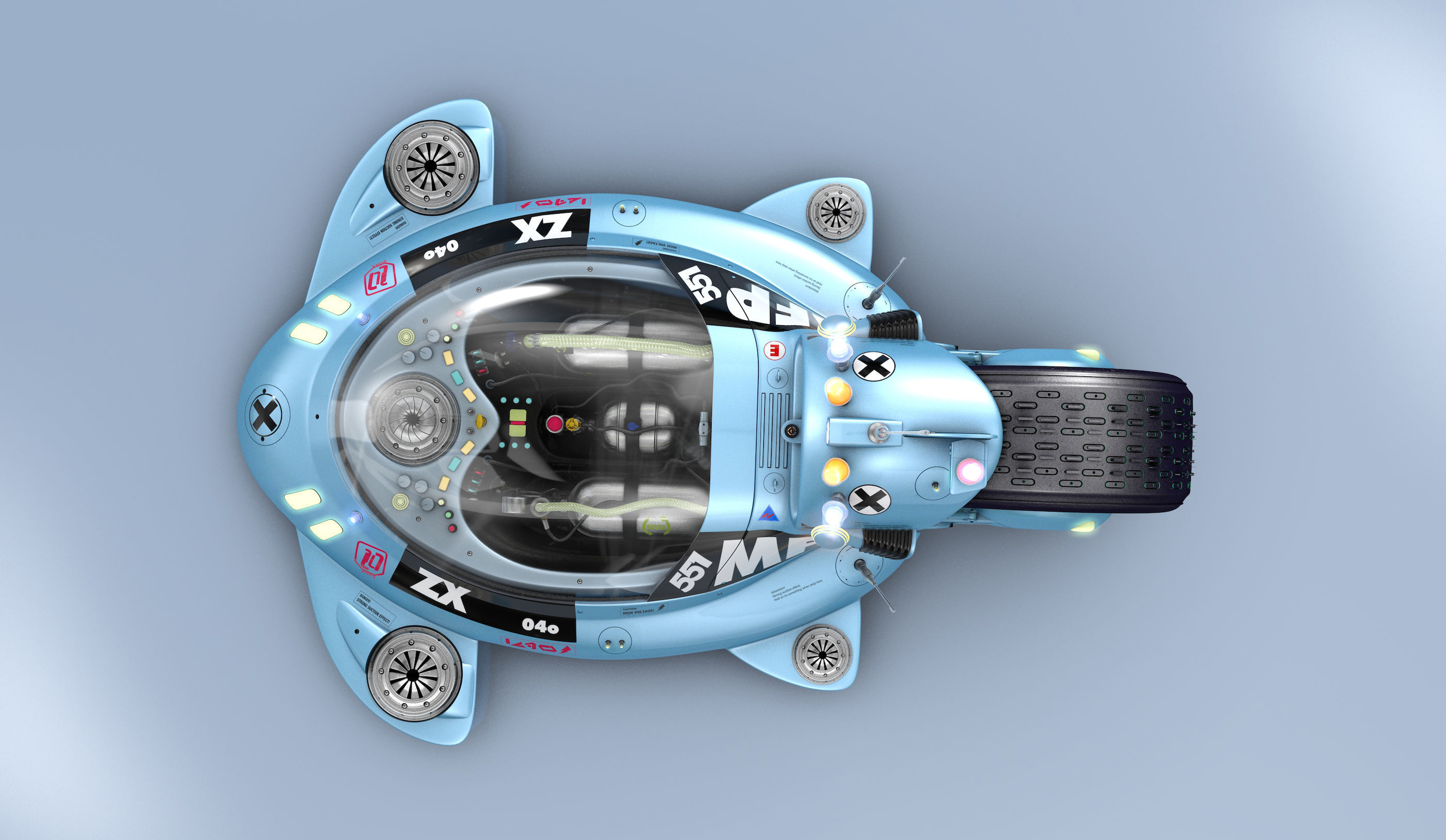 triplebrick: I’m inspired by movies and games which put a lot of effort in their environments. In recent years I focused on modeling historic assets and environments. I thought it was time to enter a new area and I chose Sci-fi. I started with a Space Station and continued with the spaceships. 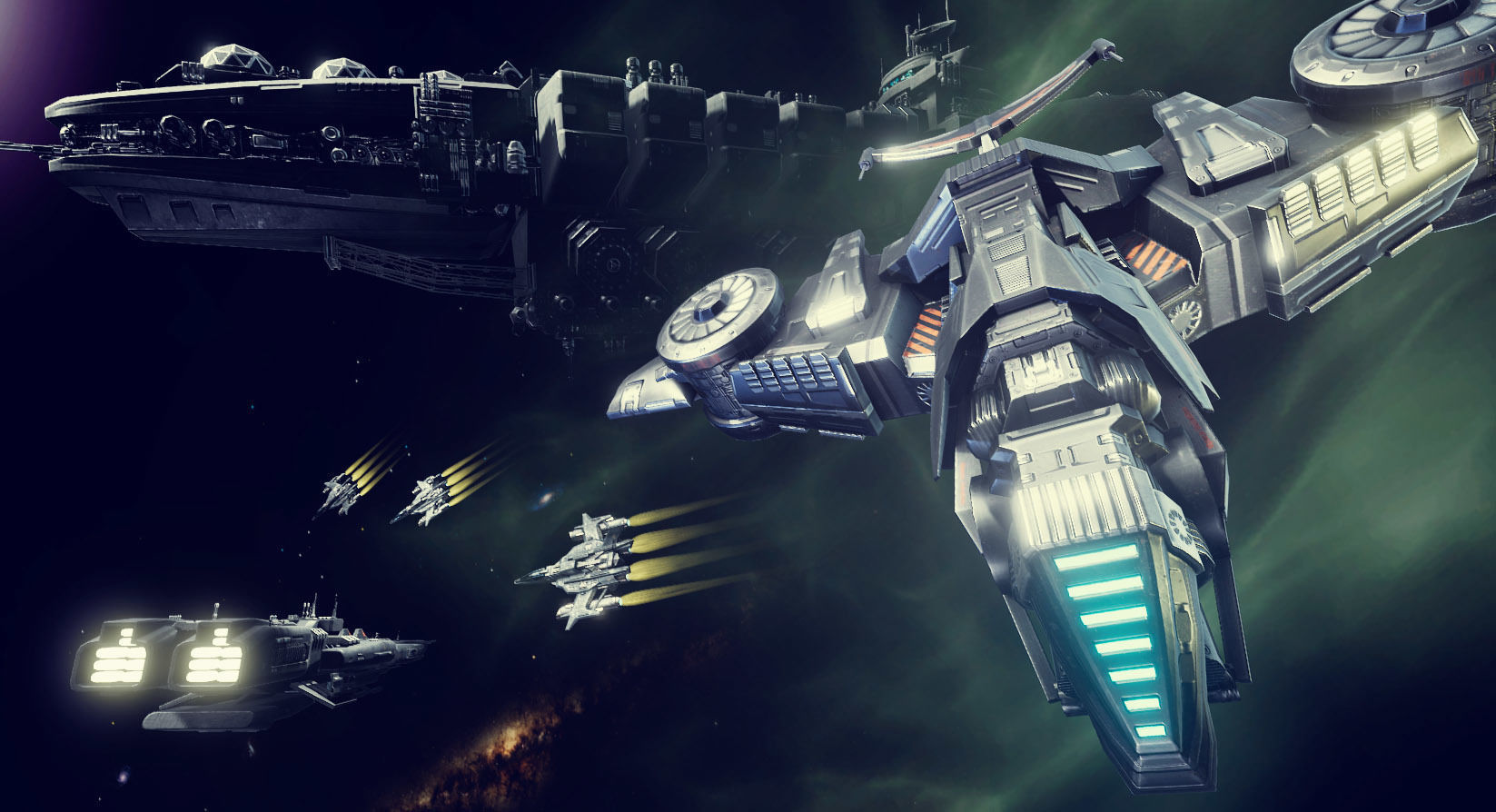 Do you have a favorite workflow?

jackfurneri1984: My workflow is typically standard. I start with base mesh modeling in Maya. If I need to add details to a model, I create an high poly version with proper subdivision levels and move to Zbrush to detail what I need. I experimented with different bakers to transfer details from high poly to low poly models: I tried Xnormal, the baker inside of Maya and the one inside of Marmoset Toolbag 3.

My advice to users is to experiment with different bakers because the result of this step is quite important. When I have all the details on the low poly mesh, I always work inside of Substance Painter and create my textures there. Once I finish, I get back to Maya and render my model with Arnold by Solid Angle. In terms of PBR, I prefer the metal / roughness workflow rather than the spec / gloss one, but I’ve experimented with both solutions for my projects.

eccemania: At first I start by doing many sketches, at this stage I mainly try to make sure that the model will be realizable later with my preferred software. The sketches then get transferred to the background and traced with splines. From then on, I elaborate the ideas piece by piece. Artistic freedom is crucial to create something new and unforeseen, so I work best by implementing my visions without rigid targets.

triplebrick: I am mostly creating my models in Blender, adding details in Zbrush, baking and creating textures in Substance Designer. That's it in a nutshell. I also often use other software for some minor steps.

What are some of the things you always keep in mind about rendering when working on a model or a scene? How does rendering overall affect your work and influence your workflow?

jackfurneri1984: When I plan my renders, I always pay attention to the basic lighting first. My advice is to start with a very simple lighting scheme: 2 or 3 point lighting, according to my needs. When the general schema is being established, I improve the scene with some additional touches in terms of lighting. From my point of view, it is important to start from the base set up and achieve the desired mood incrementally.

You might often need to start again or adjust your light position for the details you want to catch from your current perspective. Don't worry too much if the atmosphere you are about to achieve is not perfect initially, you always have time to refine it. The point is to plan what you have in mind from the very beginning and proceed step by step. Since lighting affects the result of shading, I sometimes use some tricks to position lights to emphasize some reflections, but there is no rule. In my opinion, the key is to have some references and a clear idea of what you want to obtain. I consider rendering to be a very important step of my workflow and I generally experiment with different renderers for my works. At the moment, Arnold is my best solution! 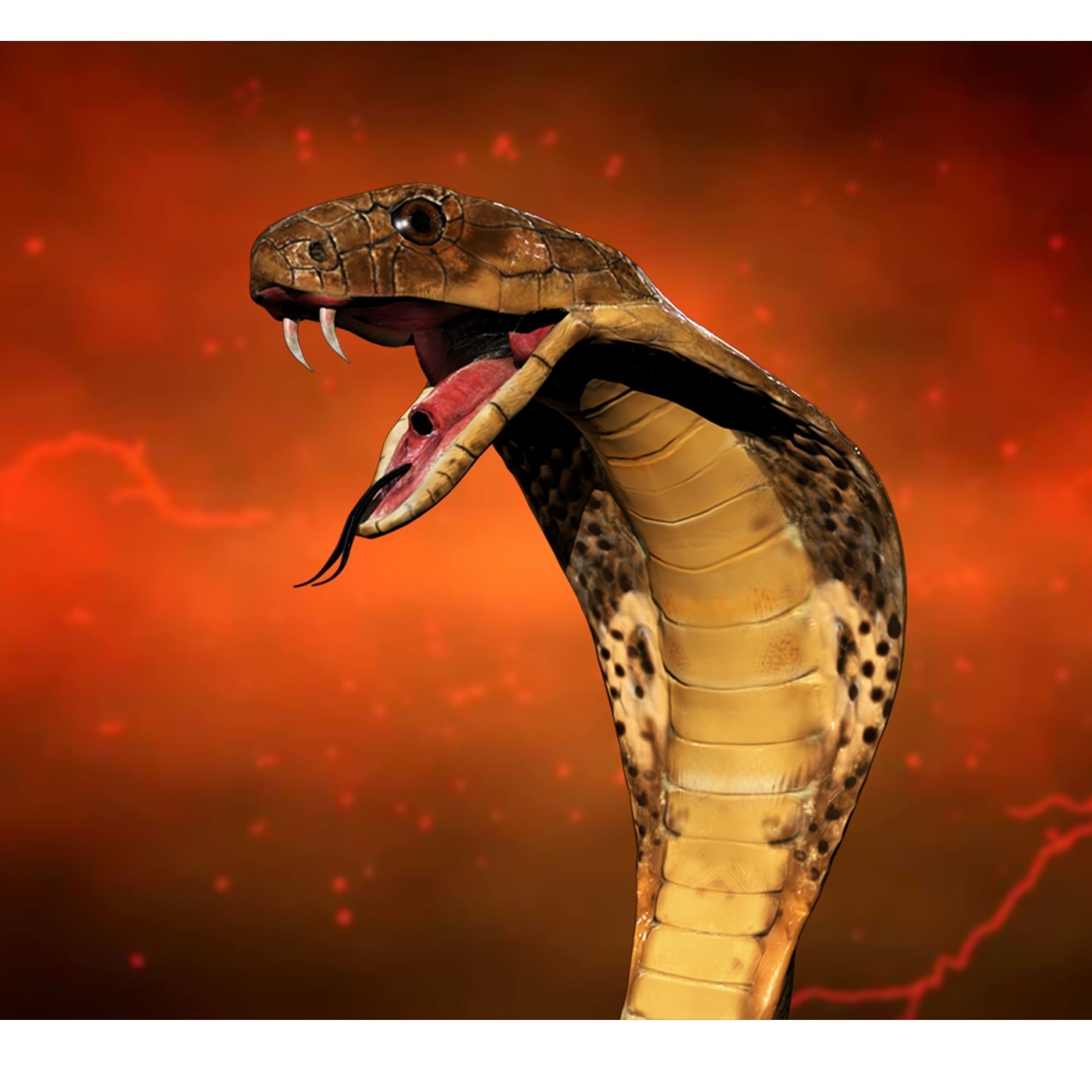 eccemania: The interaction of light and shadow. I mainly base my thinking on my experience as a photographer and try to imagine the scene as if it was a real photo studio or outdoor scene. You have to set the rendering scene like a photographer or cinematographer would set and position the camera on an object or scene. 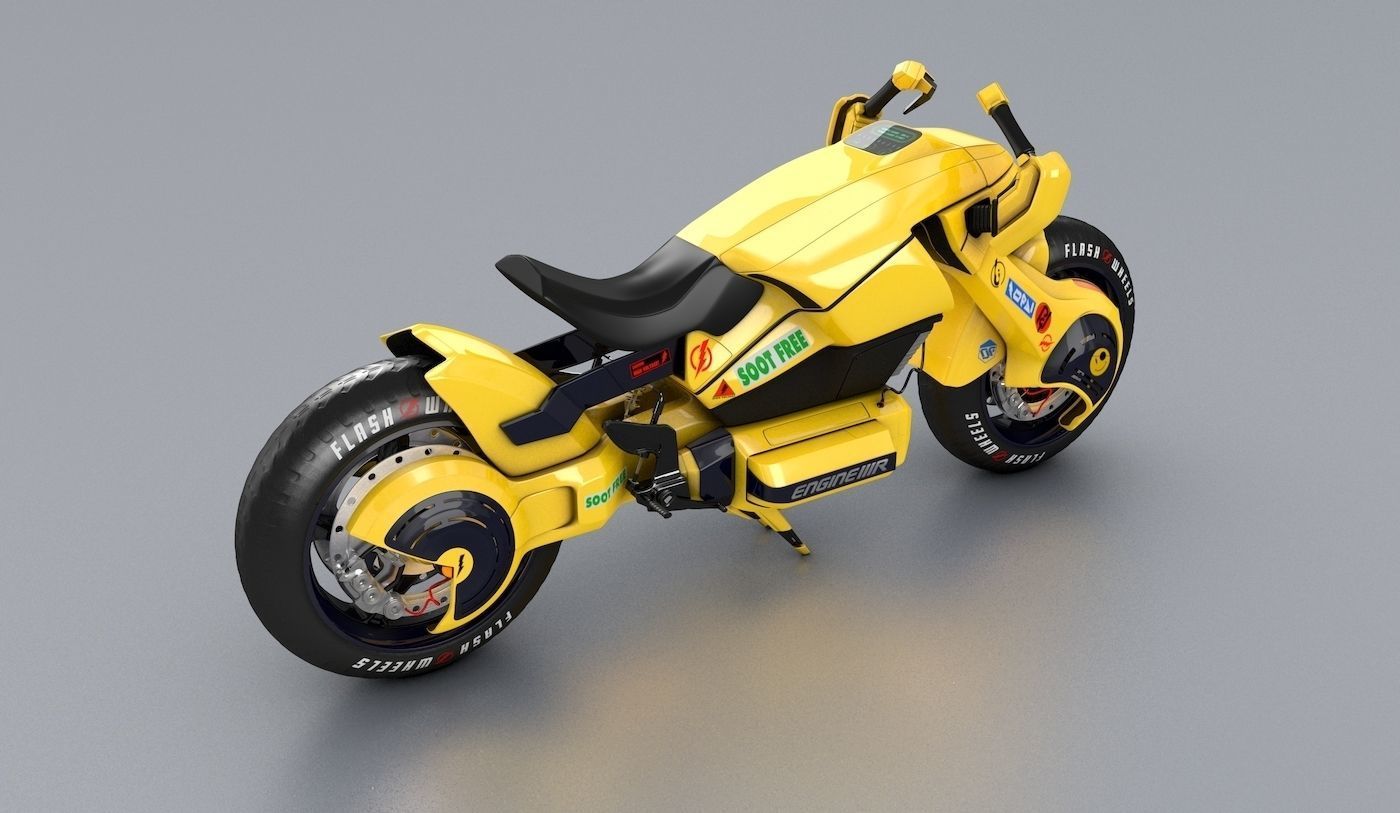 triplebrick: I try to keep the principles of design and the Gestalt principles in mind. The principles are easy to understand but hard to apply in any step of my work. 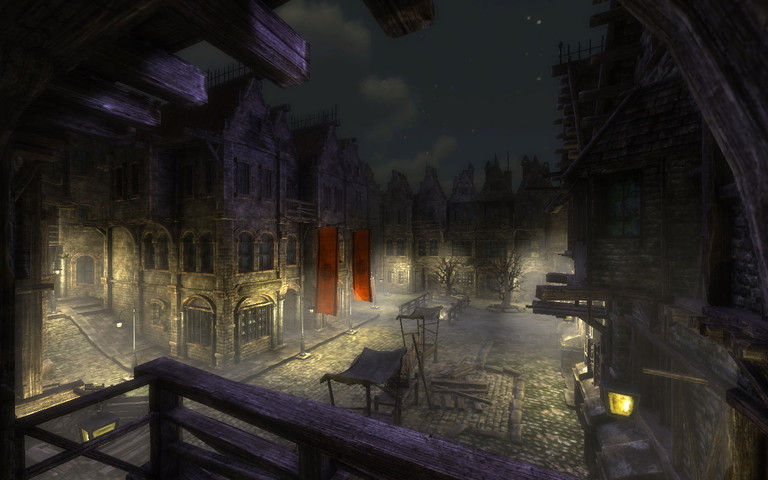 What challenges or projects you are working on currently?

jackfurneri1984: I'm currently working on several 3D projects. Some of them are essentially based on PBR texturing and I would like to deepen that field more. I always use Substance Painter but I would like to learn Quixel to integrate in my workflow. I'm working on props and organic characters (both low poly and high poly) and I'm going to animate some of them.

eccemania: I just finished the last project, an original Formula One Alain Prost helmet. I plan to create a future concept car, inspired by the timeless design of the 70's Porsche 935. We’ll see what it will turn out like.

triplebrick: I am currently working on a Sci-fi environment for games.

We want to thank the winners for their answers and wish them luck on their future endeavours!

If you want to win some fabulous prizes, check out our running challenges at CGTrader.com/challenges

Nice models! Congrats to all!