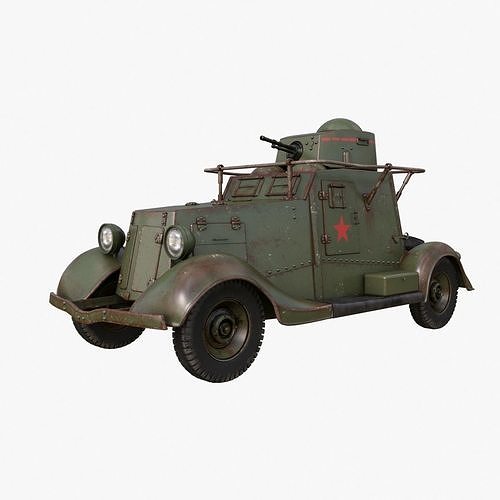 The FAI was built on the chassis of the GAZ A car, a licensed copy of the US Ford A. This chassis was the major weakness of the FAI. Most commercial car chassis were not powerful enough to move a useful amount of armour or firepower on the battlefield. The Germans were known to get round this particular problem by designing a car chassis that was intended from the outset for both civilian and military vehicles and which was used successfully in at least one German armoured car family of this period. However, armoured cars based on commercial car chassis were, for the most part, road-bound, thinly armoured and lightly armed. The FAI was a typical example of this class of vehicle with a single 7.62 mm DT machine-gun in a revolving turret. The armour was sufficient to stop most shell fragments and small arms fire, but could not withstand any kind of cannon or heavy machine-gun fire. It was also very vulnerable to mines.

The FAI was built in relatively small numbers before being replaced by the very similar BA-20. The early BA-20 had the same vertically sided turret as the FAI. FAIs were employed in the early days of fighting on the Eastern Front in World War II.

The 3d model is made in 3ds max 2016 and rendering in mental ray, only press Rendering for generate your image.