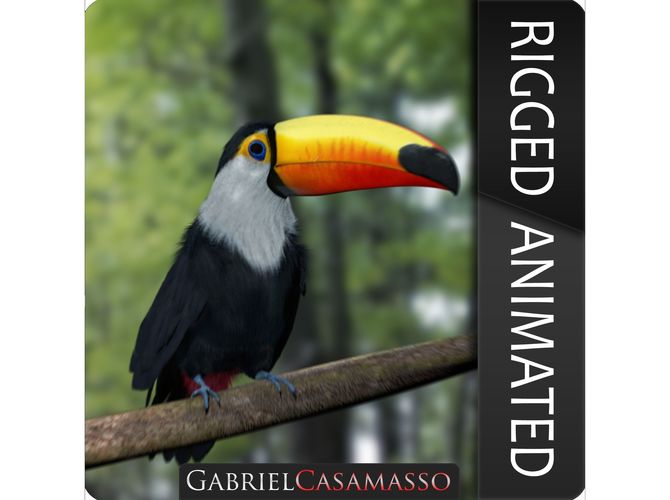 Fully Rigged! Rig uses Physics THIS RI ONLY WORKS ON Cinema4D -R17- (It uses some features that were removed in R18/R19)

Morphs and PositionMorphs included! For Beack, Tongue(Lift),Tongue(Bend), EyeLids, and of Course, Feathers! There is an interface in your viewport for controlling it using sliders(Look in previews)

This Model uses HairSystem to simulate all small feathers. It uses Dynamics, and has physics

The Wings are composed of 3 Controllers each one, one at the tip, one at the middle and one near the torso. The wings has 2 Layers of feathers each one. Each Feather has a Jiggle effect for better realism. The Wing can close and open.

The Rigg is Originally made in Cinema 4D(Preview Images).