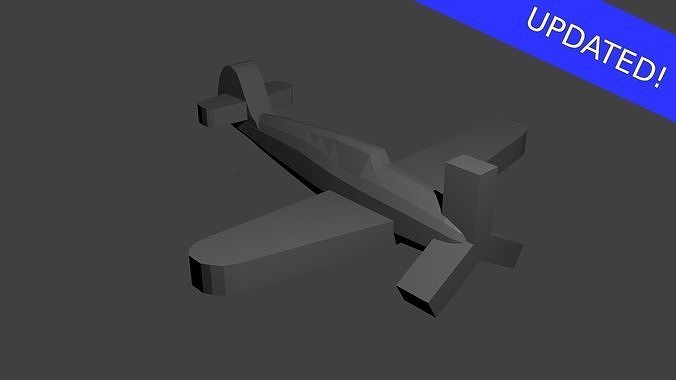 The BF-109, known to the Allies as the ME-109, was the principle fighter aircraft of the German Luftwaffe shortly before and during WWII. Nearly thirty-four thousand of them were built, more if you include the ones that were built by the Spanish and Israelis. The highest scoring fighter ace of all time, credited with 352 aerial victories, flew a BF-109. It remained competitive with the allied aircraft throughout the war.

This model is designed and tested at 1/900th scale, but up-scaling and down-scaling are possible. Since the model is optimized for 1/900th scale, it is not ideal to print larger versions due to a lack of detail. The model has been enlarged along the z axis to allow for better printing and accentuation of detail. The model has also been given thicker elements for strength. The wingspan and overall length are to scale.

Available are both individual and squadron files. You can find the stand at https://www.cgtrader.com/free-3d-print-models/miniatures/vehicles/stand-for-miniature-aircraft.

This is part of my collection of WWII aircaft, keep an eye out for more to come. If you have a specific request, message me and I'll bump it up my list.

Tested with PLA at .1mm layer height with .4mm nozzle.