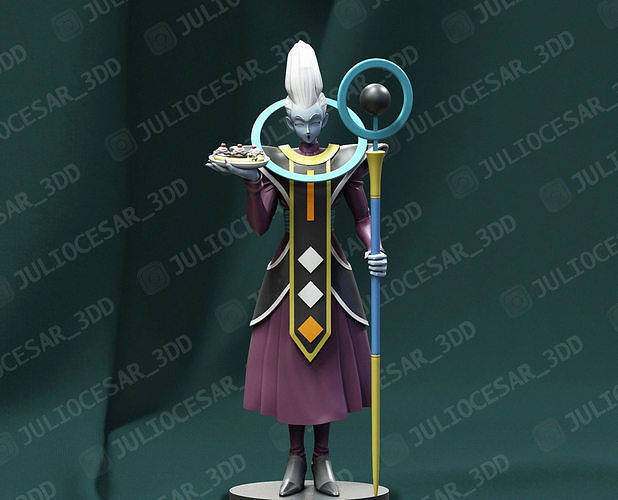 Whis is the Guide Angel Attendant of Universe 7's God of Destruction, Beerus, as well as his martial arts teacher. Along with the other angels, he is a child of the Grand Minister. Like all attendants, he is bound to the service of his deity and usually does not leave Beerus unaccompanied.

Whis has an elder sister Vados who has trained him for years but eventually stopped. Whis is the one who teaches martial arts to the God of Destruction Beerus. Sometime in the past, Beerus and Champa were fighting each other on their birthday over a Puff-Puff fruit. Whis questions Vados, asking if she only put out one Puff Puff fruit on their cake on purpose, knowing they'll fight. Whis helps his sister, Vados, the attendant of the God of Destruction of Universe 6, end their battle because it would be the destruction of the universe. Instead of having fights, the two gods had an agreement on having food showdowns. Sometime later, King Vegeta treated Beerus and Whis to a feast in his palace on Planet Vegeta.