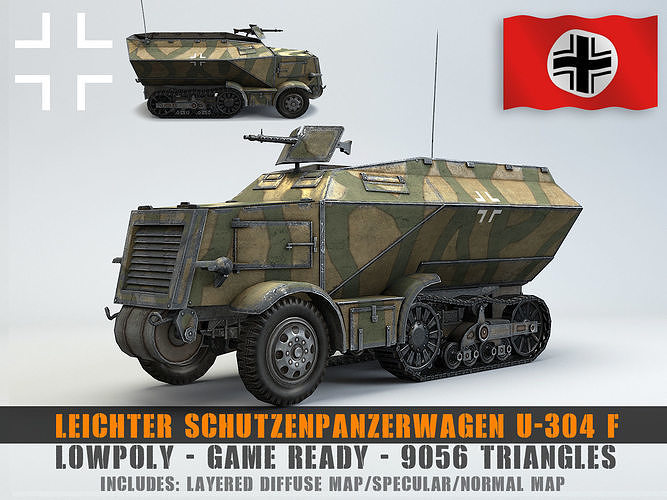 "Unic P107 is a French half-track transporter from the interwar period and World War II. The first prototypes appeared in 1934, and serial production lasted from 1935-1940. About 3,300 cars of this type were created in its course. The drive was provided by a single 4-cylinder engine with a capacity of 3.4 liters and 62 hp. The length of the car was 4.85 m, with a width of 1.8 m.

The P107 transporter was originally developed at the Citroen plant, as the successor of the Citroen-Kegresse P.17 transporter. However, due to the gigantic problems of the company, the rights to its production and the patent for suspension were bought by Unic plants, which also launched the production of this car for the needs of the French armed forces. In the French army Unic P107 was used primarily as an infantry transporter and artillery tractor for towing 75-105 mm cannons. After the defeat of France in 1940, many vehicles of this type entered service in the German army. A lot of Unic P107 vehicles were modernized and served as armored personnel carriers. It is worth noting that about 60 Unic P107 vehicles were ordered by Poland in August 1939, but unfortunately the ordered cars did not reach our country before the outbreak of the war."