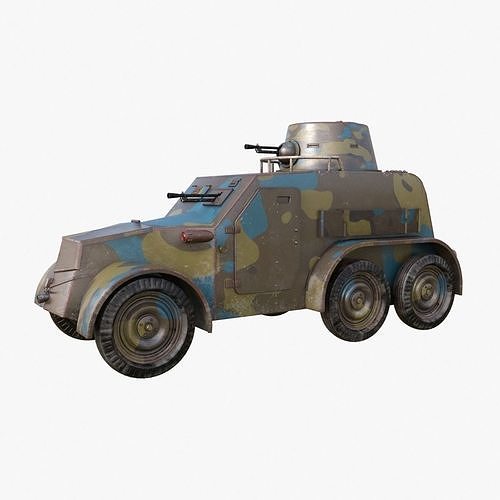 The OA vz. 30 (Obrnn automobil vzor 30) was a Czechoslovak-designed armored car used by Nazi Germany, Slovakia, Romania and Hungary during World War II. Fifty-one were built, of which the Germans seized twenty-four when they occupied Bohemia-Moravia in March 1939 and the Slovaks captured eighteen when they declared independence from Czechoslovakia at the same time. Romania acquired nine when Czech troops sought refuge in Romania after the Hungarian invasion of Carpatho-Ukraine that same month. Slovak vehicles saw combat in the Slovak-Hungarian War, the invasion of Poland, the opening months of Operation Barbarossa and the Slovak National Uprising.