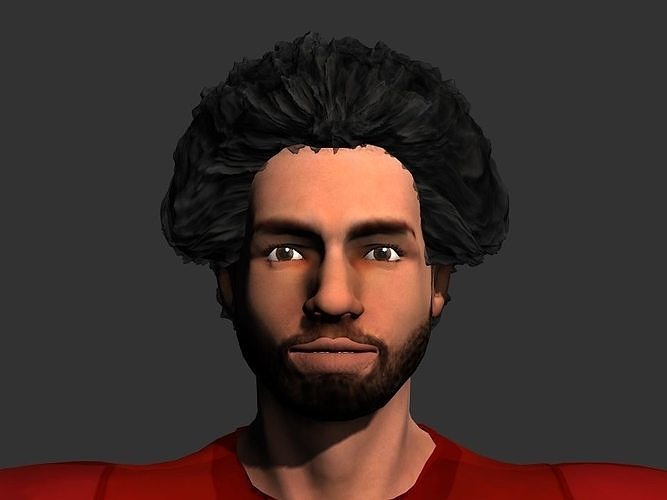 Hello Every one , I know I took so long time because I was trying to create a 3D face of famouse character , and I admit it , it was so hard and doesn't go as I wish always but the one who said doing nothing is the best wasn't wrong , because after I felt tired and leaved the work and opened the character on the next day I found it so close , so I knew it was just the tire and anger blinded me from seeing this , so here are my advices to all of those who work with 3D : Give your self time and relax because some times the solution may be hidden before your eyes in your blindess that based on stress .

By the way , there is some one who purchased a product from me just now , his name is Haraldkos , so thank you Haraldkos for purchasing my product Allon the smily face alien .

Then I think after the hard times happiness comes , I am gouing to tell you a tale for this . Once before there was a king who has a very beautiful daughter , when the princess grown up so many nobel men wished to marry her , but every one try she ask him some quetsion where is the mind ? , so the man point on his head and say here , so she refuse him , her dad the king felt sad for this and said why do you always ask this quetsion and refuse the answer although it is correect ? She reply this is not the correct answer I seek dad , until one day a poor bigger man was resting in front of the palace and she saw him , then she gave her maid a 30 eggs , 7 breads and a bottle of juice and told her to give them to the poor man after asking him 3 quetsions : 1-How many days on the month ? 2-How many days on the week ? 3-Is the water of the sea deep or shallow ? The maid did as she said and asked the poor man , then he looked at the food and said there are 27 days per month , 6 days per week and the water of the sea is shallow , the maid returned and told the answers to the princess , then the princess said Say the truth or I will command the gaurds to whip you , the maid said I will say the truth , the princess asked what did you eat from the food I commanded you to give to the poor man ? , the maid said 3 eggs , 1 bread and some of the water . The princess rushed to her father and said I will marry this poor man , the king was shocked but she was his only kid so he couldn't refuse her demmand and they married , but he make the poor man one of the leaders of his army , and one day he sent him on a mission while the princess was pregnant by his kid , but he have been captured and didn't return . So many years have passed and the princess beared a son and the son grew up and became an adult man and he was sleeping near the princess in the bed , until one day his father broke out of his prison and returned , so he was shocked when he saw him sleeping near his wife so he picked up his sword and was about to slash him , so the princess shouted Halt , what are you doing ? Where is the mind ? . So he replied " The mind is in the paitience . So be paitient guys , because whatever you grow there are always a lot to learn and a lot of problems to meet you , because the life without battles is a game without victories , and for example the character of today is the famouse Mohamed Salah , the video is not mine and the ubiform , I am not so fan with soccer but I really love Mohamed salah , not because his skills as because of his manners , and I am also Egyptian so this is another reason . Thank you guys for reading , and I will see you in the next product , take care .