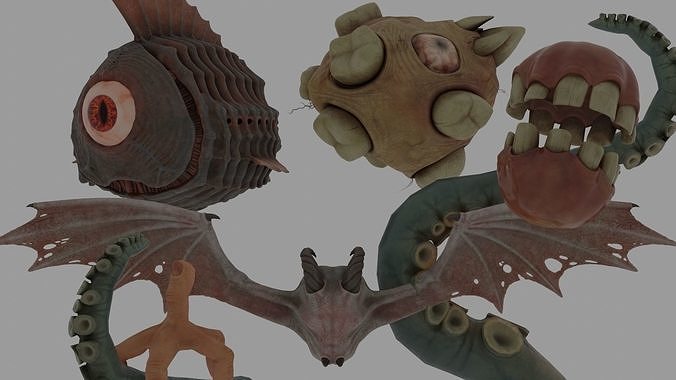 Eldritch Abominations Asset Pack Eldritch Abominations is a Lovecraftian asset pack containing several low-poly rigged models (Skeletal Meshes) and a few static meshes. All of them can be posed or animated to your liking and include several skins to choose from (including a few wet/slimy skins), in 4k. All organic props have SSS, for added realism. The creatures contained in this asset pack are small to medium in real-world size and that is the size ratio they were meant for, however, since they are fictional creatures they could be any size you want them yo be. This asset pack is ideal for cosmic horror, body horror and gothic horror themed pieces, but can be used elsewhere, too.