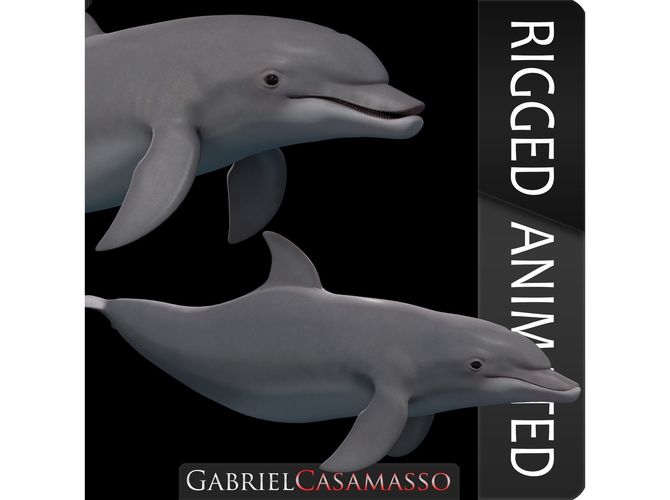 Very easy to animate, since for swimming you can just shake the Moviment controller and the rigg will do the job for you. If you want to use the Rigg for Posing, you can just Disable all IK an Dynamics, so The Rigg become FK and you are free to Pose it.

There are Morphs for Jaw, BlowHole(Nose) and Eyes, which are controlled by an nice user interface. (See Previews)

The Rigg is Originally made in Cinema 4D(Preview Images). In other formats, the Rig was exported from Cinema and Imported as FBX, so in 3DSMax the Rig is FK and do not have controls.

ALL RENDERS WERE MADE IN CINEMA 4D. RENDER FROM OTHER SOFTWARES HAS A LABEL SPECIFYING THE SOFTWARE AND RENDER ENGINE.