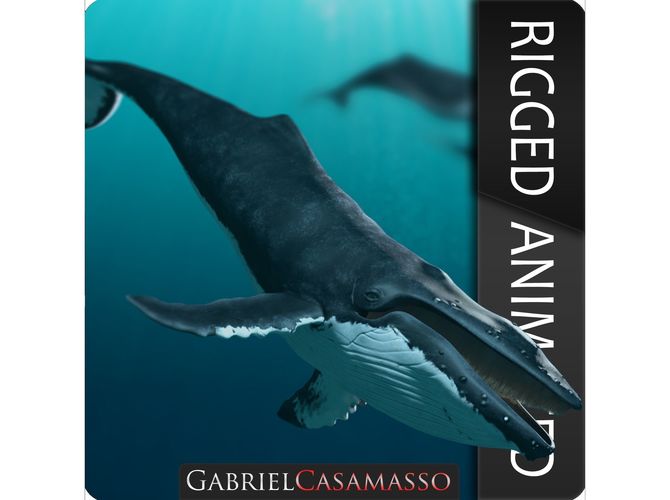 The rigg uses Physics. Super easy to animate. Moving and Rotating the Tail controller as the Flipper Controller, the tail or Flipper will follow in a real way!

Rigg Originally Made in Cinema 4D (All Previews)

This model was made in Cinema4D R18, but it does not uses any exclusive tool of R18, so lower versions should be able to open the file just fine!

Rig in Cinema 4D is Inverse Kinematics (As Previews Shows up) Rig in Blender is Forward kinematics, and dont contains morph. Jaw Movements are controlled by bones as the tongue is too.

All Formats are Rigged and Animated

The first, sencond and last Previews is just to show how the model can be in a composition. Does not include the scene