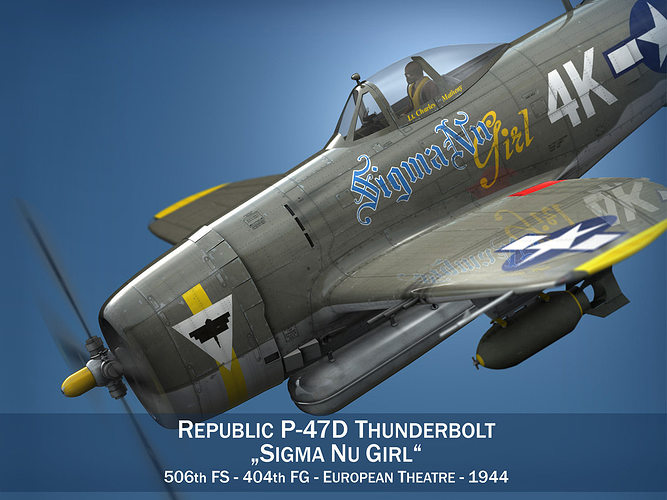 The Thunderbolt was the most famous of all the Republic aircraft in WWII. First flown on 6 May 1941, the P-47 was designed as a large, high-performance fighter/bomber, utilizing the large Pratt and Whitney R-2800 Double Wasp engine to give it excellent performance and a large load-carrying capability. The first deliveries of the P-47 took place in June 1942, when the US Army Air Corps began flying it in the European Theater.

Later in the war, Jugs served as escort fighters for B-29 bombers in the Pacific. Mostly, though, they excelled in the ground-attack role, strafing and bombing their way across the battlefields of Europe. Early versions of the P-47 had "razorback" fuselages, but later models (beginning near the middle of the P-47 production run) featured a bubble canopy which gave the pilot increased rearward visibility.