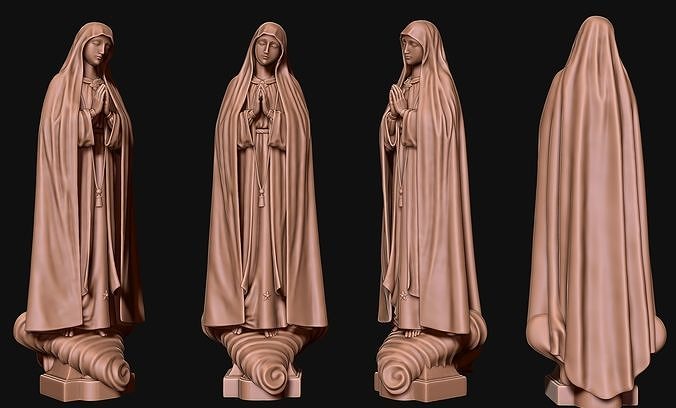 If you need another format for the files, ask me without problem. Also any comment, tip or advice are welcome!

You Can: Use this file to reproduce all the physical copies you want and sell these, modify the file in whole or in part to adjust it to your needs, Use parts of it to create other new models. -

The Virgin of Fatima, formally Our Lady of the Rosary of Fatima, is an invocation with which the Virgin Mary is venerated in Catholicism. Along the same lines as other Marian apparitions, it had its origin in the testimonies of three shepherd children, named Lucía dos Santos, Jacinta and Francisco Marto, who claimed to have witnessed several Marian apparitions in the Cova da Iria, Fátima, in Portugal, between the May 13 and October 13, 1917. Note 1 From then on, this Marian invocation spread its fame beyond its local limits, reaching the whole world.