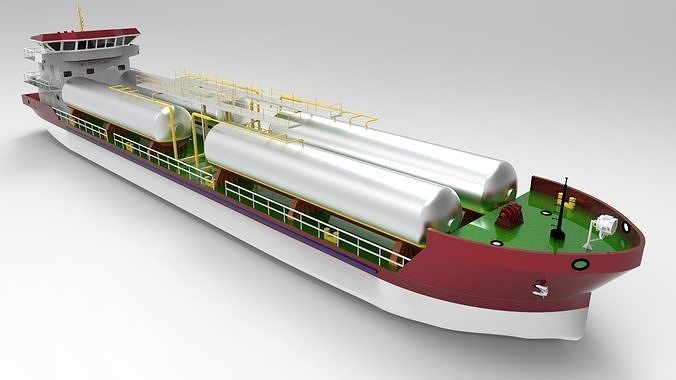 The seaborne transport of liquefied gases began in 1934 when a major international company put two combined oil/LPG tankers into operation. The ships, basically oil tankers, had been converted by fitting small, riveted, pressure vessels for the carriage of LPG into cargo tank spaces. This enabled transport over long distances of substantial volumes of an oil refinery by-product that had distinct advantages as a domestic and commercial fuel. LPG is not only odourless and non-toxic, it also has a high calorific value and a low sulphur content, making it very clean and efficient when being burnt.

Today, most fully pressurised oceangoing LPG carriers are fitted with two or three horizontal, cylindrical or spherical cargo tanks and have typical capacities between 20,000 to 1,000,000 Tonnes and Length overall ranging from 220 m to 260 m . However, in recent years a number of larger-capacity fully pressurised ships have been built, most notably a series of 10,800 m3 (380,000 cu ft) ships, built in Japan between 2003 and 2013. Fully pressurised ships are still being built in numbers and represent a cost-effective, simple way of moving LPG to and from smaller gas terminals.