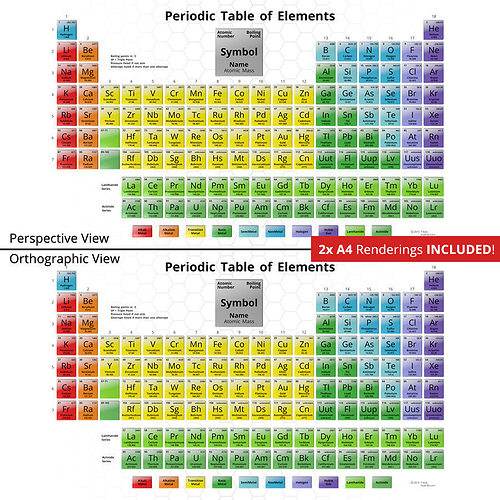 The periodic table is a tabular arrangement of the chemical elements, ordered by their atomic number (number of protons in the nucleus), electron configurations, and recurring chemical properties. In general, within one row (period) the elements are metals on the left-hand side, and non-metals on the right-hand side.

Dmitri Mendeleev is generally credited with the publication, in 1869, of the first widely recognized periodic table. He developed his table to illustrate periodic trends in the properties of the then-known elements. Mendeleev also predicted some properties of then-unknown elements that would be expected to fill gaps in this table. Most of his predictions were proved correct when the elements in question were subsequently discovered. Mendeleev's periodic table has since been expanded and refined with the discovery or synthesis of further new elements and the development of new theoretical models to explain chemical behavior. All elements from atomic numbers 1 (hydrogen) to 118 (ununoctium) have been discovered or reportedly synthesized, with elements 113, 115, 117, and 118 having yet to be confirmed.