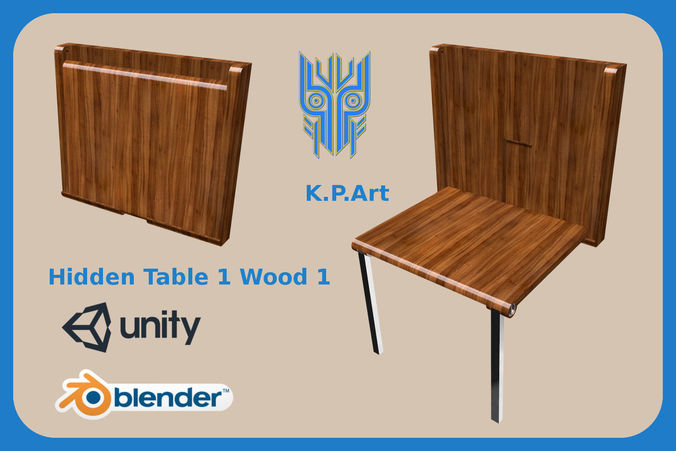 The first version of the texture combination (D_N_S_R_M_Tex) is not canonical, just in case, and that you could pick up a handy combination. The second (D_N_S_Tex) is classic. The third (Mixed_Tex) is the most logical, in my opinion. The classic combination of textures (wood) and metal (for metal parts) is combined.

Regarding filenames. I use . in filenames (not just as a separator between the name and the file extension). I did not cope with problems either in Windows (7-10) or in Linux, in Unity 3d as well. So I do not see the reason not to use . in file names and folders.

In order to optimization, textures and 3D files are in different archives. Just unpack them as they are in one folder, all dependencies are saved. ZIP packages are designed in such a way that they are unpacked into one folder (Hidden_Table.1), with all dependencies saved, and subfolders. So nothing duplicates. Compatible versions of parts and textures can also be unpacked into the same folder, conflicts with file names are eliminated. Do not be afraid to replace files when you unpack compatible packages in one folder - these are duplicates, the replacement will not affect anything.