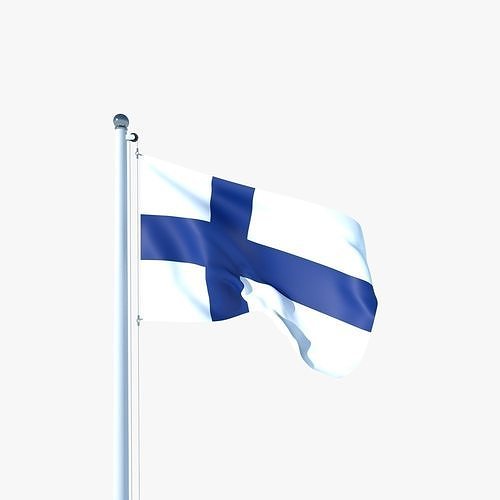 3D model of animated pole with flag of Finland on it

Animation can be as long as you need

The flag of Finland, also called Siniristilippu, dates from the beginning of the 20th century. On a white background, it features a blue Nordic cross, which represents Christianity. The state flag has a coat of arms in the center, but is otherwise identical to the civil flag.

National flag consisting of a white field bearing a blue cross; when flown by the government, it incorporates a red, white, and yellow coat of arms featuring a lion. The width-to-length ratio of the flag is 11 to 18. In the 16th century the grand duchy of Finland acquired a coat of arms of its own.