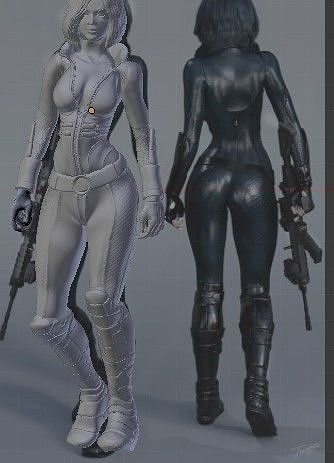 Dominoes (Neena Thurman) is a fictional character who appears in American comic books published by Marvel Comics. The character is best known as a member of the mutant team X-Force. Created by writer Fabian Nicieza and artist / co-writer Rob Liefeld, Domino made his first cover appearance in X-Force # 8 (March 1992) as an original member of the Wild Pack team led by the mutant Cable.

In addition to her exceptional marksmanship and melee abilities, Domino possesses mutant powers that alter probability, similar to those of the mutant Longshot. She often uses her abilities as a mercenary, but has also been the companion, confidant, and love interest of the superhero Cable, a lieutenant in his militant group X-Force and a member of the X-Men.