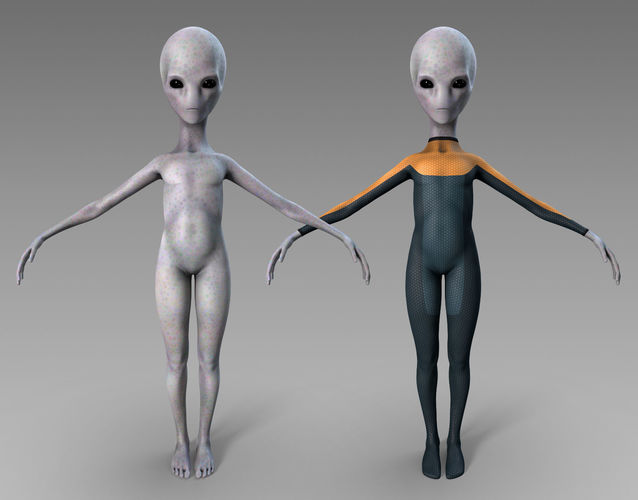 Model is ready for rigging and suitable for use in games, real-time apps, broadcast, high-res renders, advertising, as basemesh for sculpting etc.

Clean topology with mostly quad polygons. There are only 4 triangles on knees for better deformation and few triangles between toes and in the eye cavity. Eyeballs have triangles in the center.

Mouth cavity is modeled but tongue, gums or teeth are NOT included.

Included are 2 model version ( 'Body' and 'Suit' ) with same topology and UVs only feet part is different.

Preview images are rendered with Cycles Renderer. Product is ready to render out-of-the-box. Lights, background and camera are included in the file. Images with Unity logo are screenshots from Unity 5.

2 shape keys (morph targets) for Eyes Closed and Mouth Open are included for each body version.

Only basic materials are included in Obj and FBX files. FBXs & OBJs are exported as lowpoly version and also as hipoly version with 2 subdivisions and displacement applied.