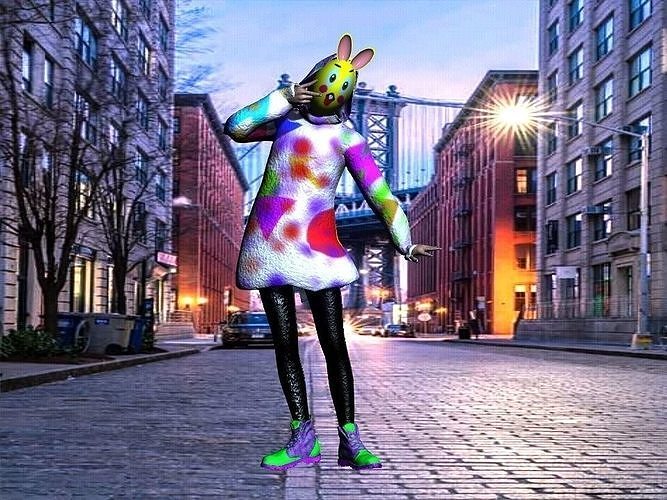 The work always gives me troubles as obstcales , I created the custome and added it to the character so easy , but exporting it made me feel angry , because the software that export from my rendering software to the other softwares was exporting vertixes only as IK bones , without the rest of the skins , but finally I could trick it and export the character .

Now to the creation idea , I saw video that talking about criminals and crazy peoples dressed into clowns , and they do crimes or scare the people , because the looks so creepy , thanks to the Joker character and the dark movie of it , they now feel that it is right , like before when the people were causing troubles because they are wearing Vandita's mask , and they thought them selves rebels against tyrants like him , while they were just causing chaose .

But the clowns sipposed to be nice and funny characters , nor creepy as IT the movie , so I planned to create a different idea of the clowns , to make them more funny and nice , and this is why I removed the white skins of their creepy faces , and brought them out to the light because people fear the darkness of course , and there would be more clowns of corse of those street clowns , but this is the first character of them , the surprissed bunny , becuase of the surprised bunny mask on the face .