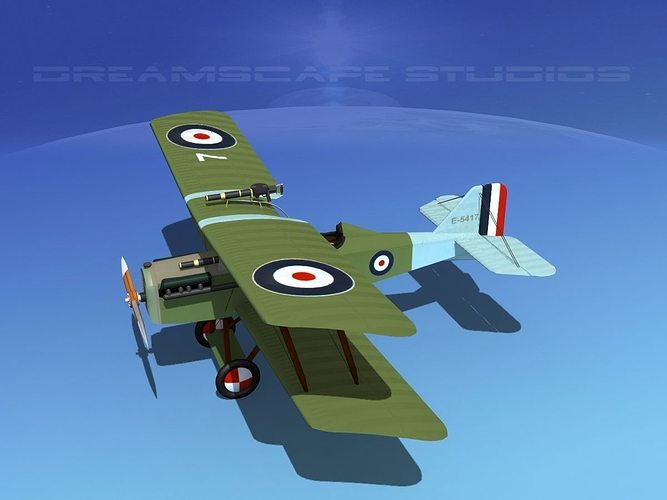 This model was built near to scale and very detailed. It comes with much cockpit detail and exterior detail as well. This model is fully textured and comes with 11 different formats. It has animateable control surfaces including ailerons, elevators, rudder. The propeller and wheels are also animateable.

The RAF Royal Aircraft Factory SE-5A was a sturdy, well designed and built fighter used by the Royal Air Force in WWI

This fighter was popular with pilots who flew it. It was sturdy and could take some punishment and remain flying. It was not as fast as some fighters, nor as maneuverable as others, but it was a very good overall fighter. It was produced in large numbers and was used on the western front throughout much of the later war.