So who are the best ones? We have the winners of CGTrader Awards 2017

“It’s great to know that no matter how complicated and tedious 3D production process might be, the artists still manage to see beyond the technical limitations and use powerful software as freely as a simple canvas, creating meaningful and strikingly beautiful work,” says Kirill Tokarev, one of the judges of CGTrader Awards and editor-in-chief at 80.lv. And we cannot agree more with Kiril. The artwork submitted for CGTrader Awards in just a bit more than two months is exceptional: the quality is impressive, detail and realism achieved are mind-blowing, and engagement from global artist community is something we could not have imagined to have in the very first year of these awards.


So just to give you a better impression of the scale of CGTrader Awards 2017, here are some key stats about it. The competition lasted 77 days (from September 15 to December 1), over which 2110 artists submitted 3831 artworks in six categories. The most popular was Character category, for which 902 artworks were submitted. The prize pool is valued at $50,000 and will be split among 18 winners in six main categories and 2 additional public awards winners.

Today, December 18, we already have the final list of winners in the six categories as selected by the panel of five judges including Kirill Tokarev, editor-in-chief at 80.lv, Jim Thacker, editor at CG Channel, Ralph Huchtemann, the CEO of RebusFarm. As Kirill adds, “though my task here as a judge of this CGTrader competition was to pick up the best of the best, I truly feel that it all comes just to personal preference. All the finalists managed to show outstanding technical expertise and great artistic sense. It makes me look forward to the next contest even more. It’s incredible and very humbling to witness such talent. Cheers to you all!”

Indeed, congrats to all the participants and let’s now dive into the categories and Top 3 winners in each of them.

This category is dedicated to those who get inspired by the world and objects around. Though you might think copying reality is easier than creating something from scratch, hold on - the artwork submitted for the category proves the mastery of artists. In recreating real world, you cannot cheat details, so we invite you to see the winners of photorealism category of CGTrader Awards 2017.

The 3rd place goes to Daniel Mozbäuchel and his Casette. Doesn’t it make you feel you are back in the 90s? 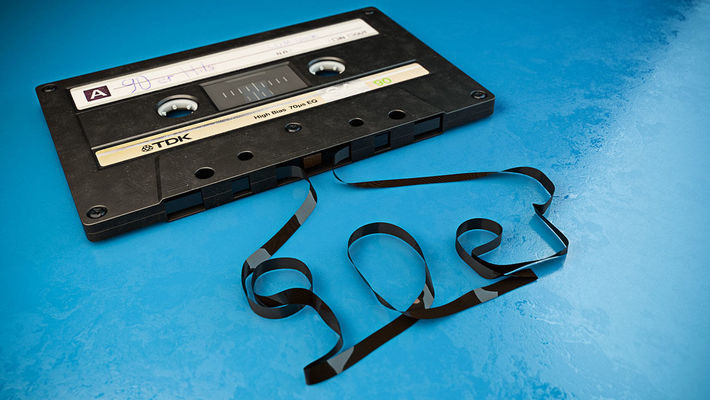 The 2nd place is awarded to Bottles of life by Farid Ghanbari from the United States. The mediterranean feel for this still life revives the best summer memories and looks just like a perfect countryside picture, and that is the goal of photorealistic images 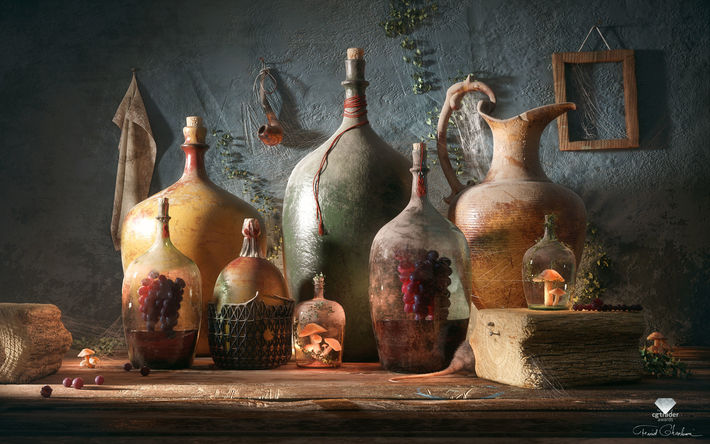 The winner of the photorealism category is Mr Ladybird created by Denis Bodart. Denis dived deep into the world of animals showing us the magical look of a ladybird. Have you ever seen the ladybird that close? 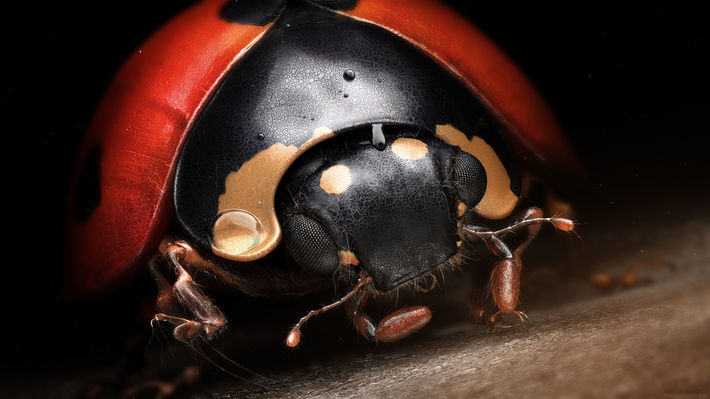 Less realistic, but no less impressive Fox World by Lucas Souza wins the 3rd place in Character category. Bright active colors bring positivity and warmth of this mystical Fox World that would appeal to every kid, even more so - the details and atmosphere created should impress any CG professional. 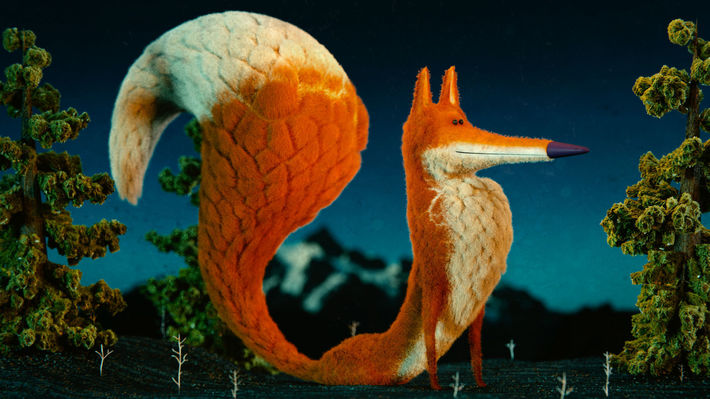 The image of Sir Ian Mckellen brought Noel Que from Canada the 2nd place in the Sini Software sponsored character category. English actor Ian Mckellen has won a number of nominations over his career of over 50 years and now it seems he is bringing some good karma to Noel. Congrats, and we wish this is not your last award for great CG art! 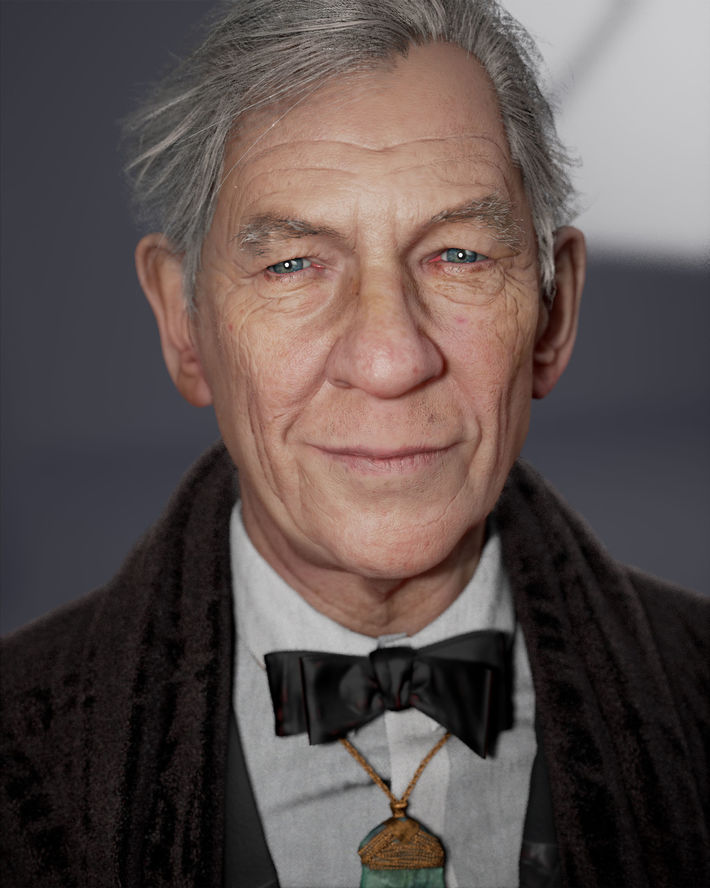 The 1st place goes to The Joker - dark, scary, but at the same time extremely powerful CG image one cannot stop staring at. Duc Nguyen from France provides so many details in the face making the joker feel like an imaginary character just got into the real world. 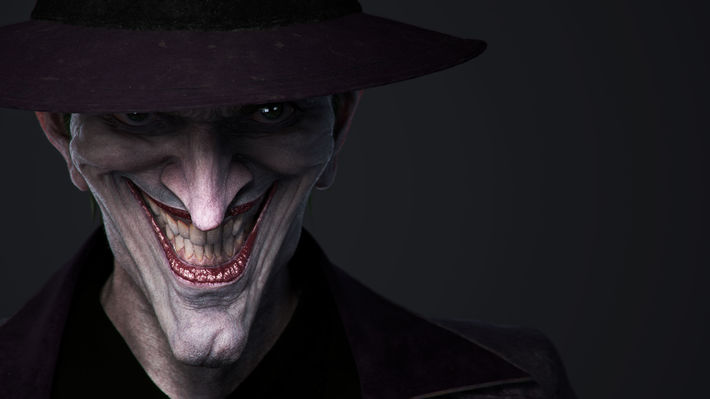 The artworks in environment category look like real places all over the world: the photorealism of the CG images make you believe you could just take a plane and land in a countryside in some mountain region, some abandoned city or paradise with crystal clear waters, but do these places really exist? This will likely remain unknown, but we invite you to the journey anyway with the three category winners.

Waiting for you by Konstantinos Anninos, the 3rd place winning entry, invites you to the misty mountains for a calm weekend to think, breath the fresh air and just enjoy the magnificence of the wild nature. 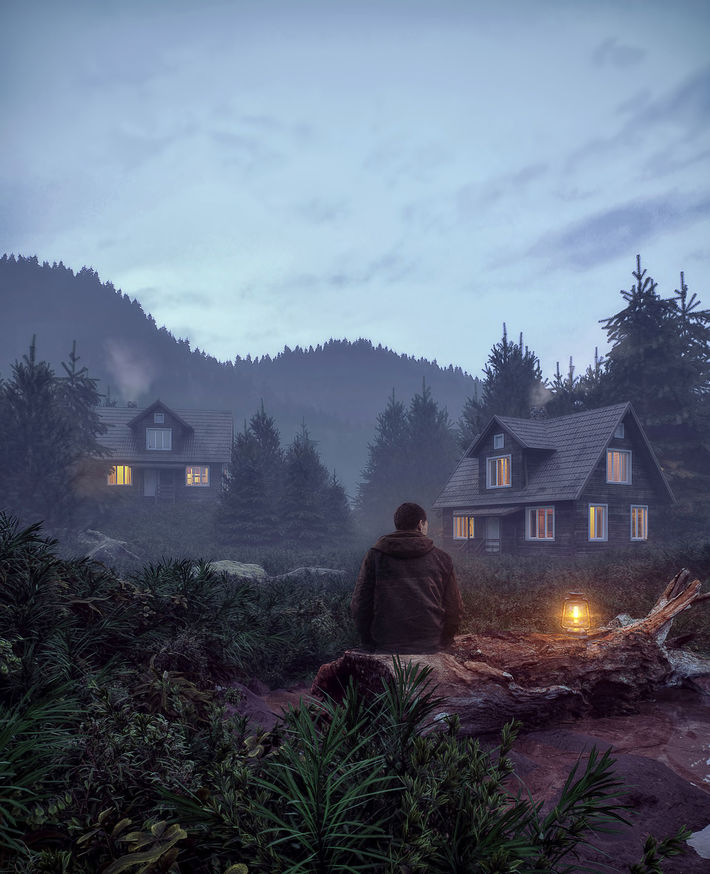 The 2nd place is awarded to Water Mill by Aleksey Serebryakov, which might not be fully realistic, but could totally make a scene of Hobbit. And we surely don’t mind a bit of magic in our lives. 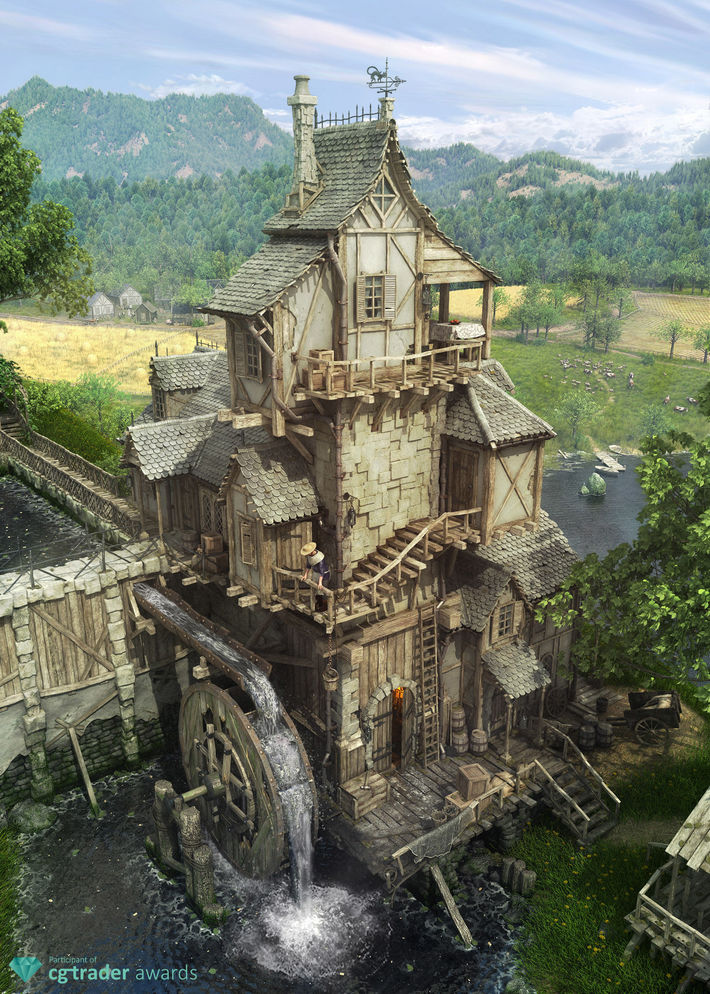 The voting of our experienced jury raised Swimming Pool by Léandre Hounnaké to the top, bringing Leandre the 1st place in the category and amazing prizes by CGTrader and partners. The render of the swimming pool reminds photos one can see taken in Chernobyl area, evoking strong feelings, sadness and thoughtfulness. 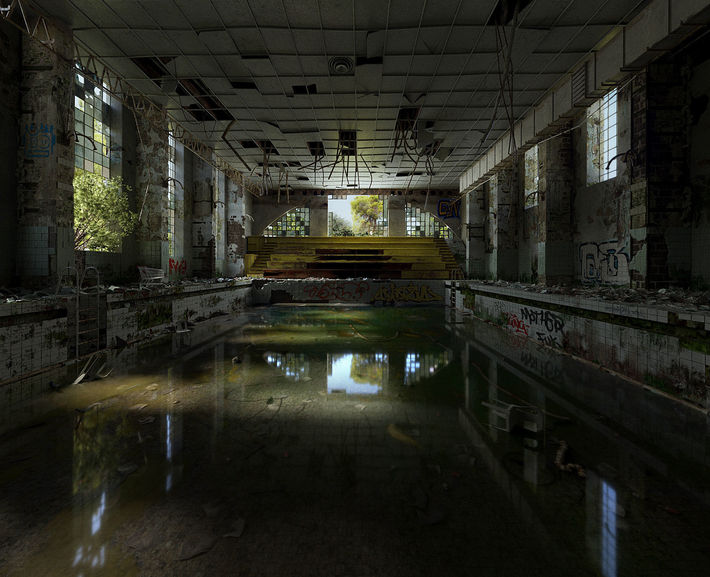 Stepping aside from all the real world replicas, let’s now take a closer look at artists who create characters, scenes and other elements for cartoons, and maybe we can find inspiration for a world-class story…

The 3rd place is awarded to Sports Girl by Josu Martin, who put his skills into work to create both a unique character and the environment that helps to convey the theme. 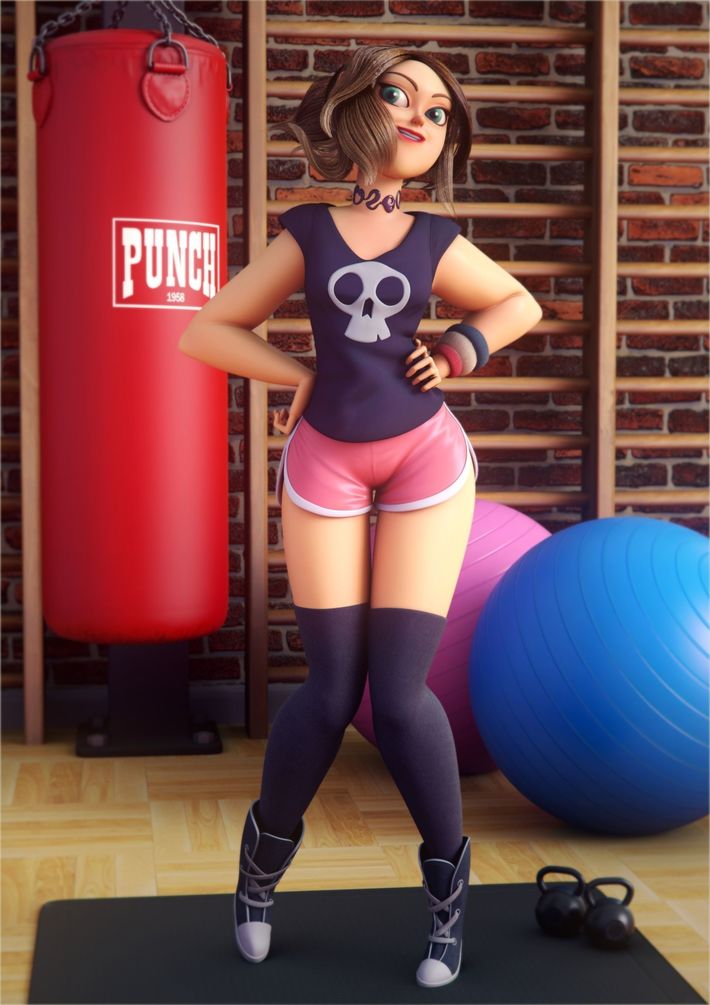 Keiran Slater-Cox submitted Red Archer - Towerfall for CGTrader awards, and this was a great choice. The jury decided to award this artwork the 2nd place, and we truly believe it deserves this acknowledgment: just take a look at this masterpiece? 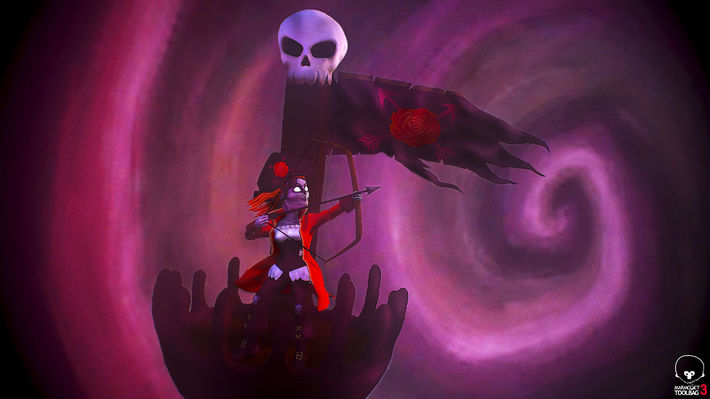 As much as we hate to see such an adorable octopus in Sick sad world! being miserable, we cannot resist its great artistic value and amazing job done by Pierrick Grillet. Take a look at those deep eyes, such emotions and depth are hard to create in animation and require high level precision, so congrats to Prierrick for a great piece and hope the 1st place in the cartoon category will be a valuable achievement! 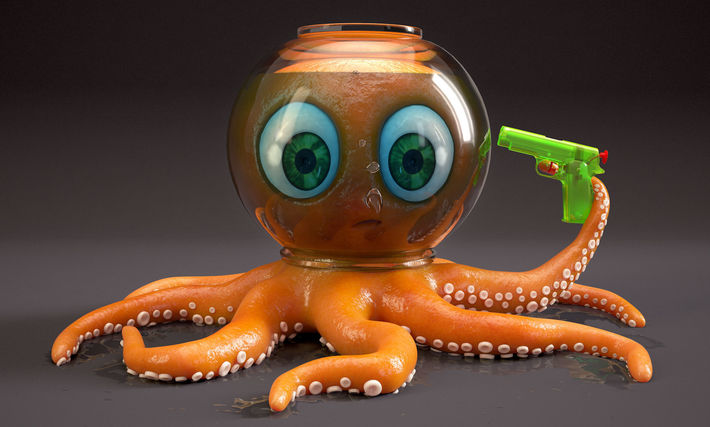 It is said that sci-fi is something you should look at if you want to understand how the future looks - if someone has created it, that is where our minds are wired to. Check the top three submissions in sci-fi category and learn how the world will look like in 20 years (...or maybe a bit earlier).

Ok, to be honest, we don’t want the world to look like it is presented in BREATHLESS (EATEN character concept), the 3rd place winning artwork by Domenico D'Alisa. This CG image of a post-apocalyptic person gives you shivers and doesn’t look like a vision of a bright future, but we cannot deny the quality of computer graphics here for sure. 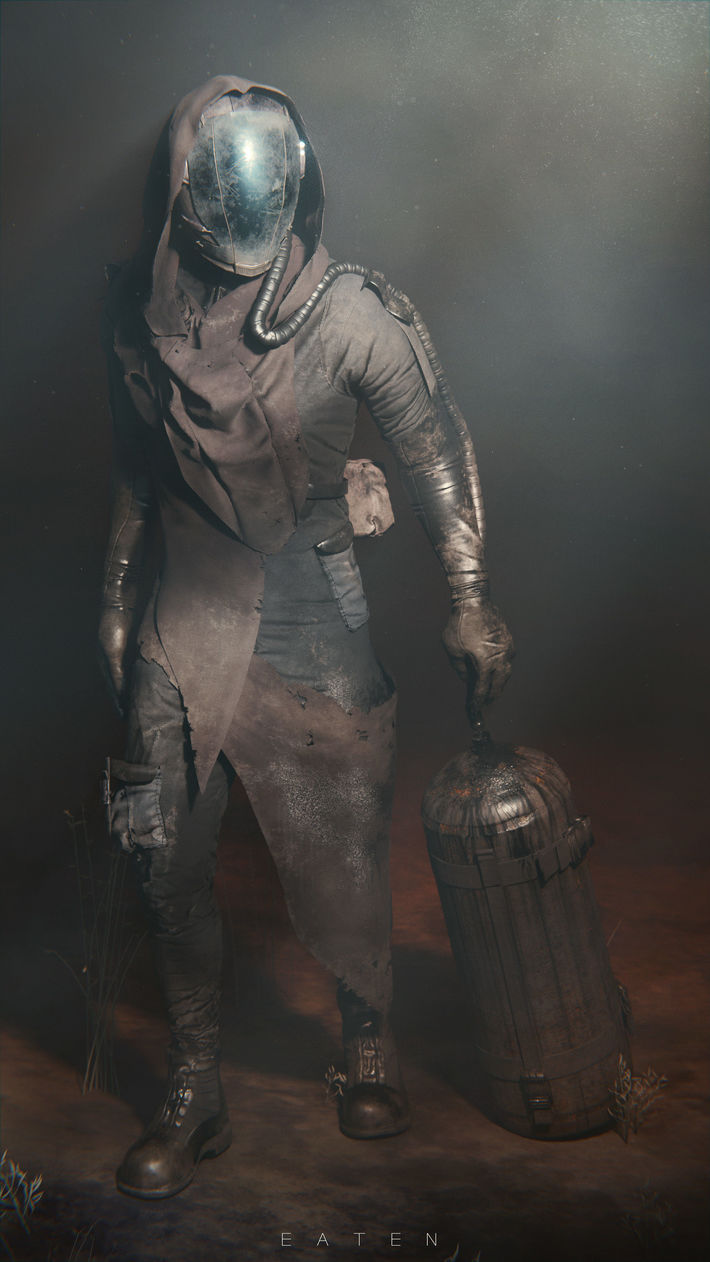 The 2nd place winner Sphere by Anton Podvalny looks just like a robot that would track your every movement. This image is so good that it feels like it could be already being produced in some lab, and let’s hope it’s not... 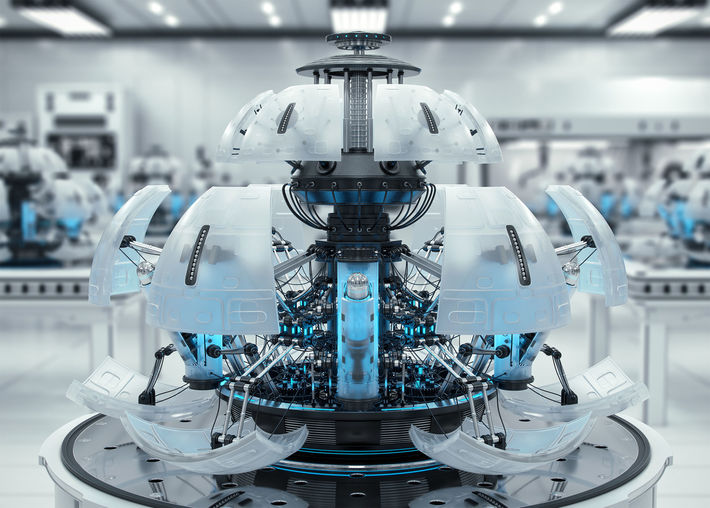 And the 1st place winner of sci-fi category of CGTrader Awards 2017 is G.U.S.T.A.V. by Julen Urrutia. An early render of K.L.I.M.T - a bust of a fictional character. This eye-catching robot is great in every single detail and just looks like someone with more than just electronics behind. Isn't it somewhat real, touching and maybe even a bit intimidating? 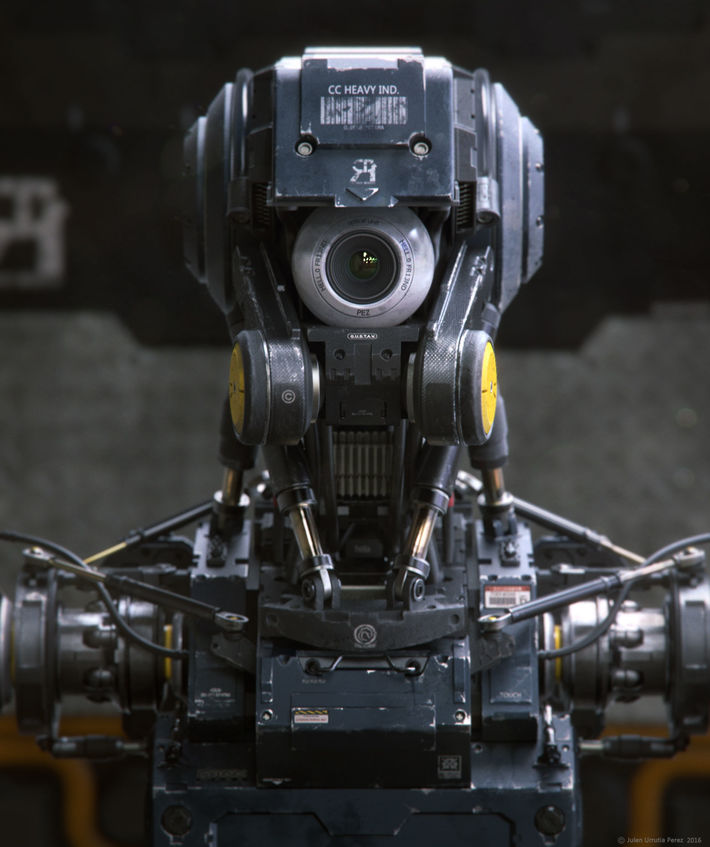 Finally, we have our last - fantasy category, in which artists could explore their imagination, but in contrary to sci-fi category - jump not only into the future but also the past or mixed realities.

The 3rd place goes to the piece by Chassefiere Romain called Night. The image shows a gentleman in a tuxedo and a cylinder. Sounds classy? Not so much if you spot the vampire fang and the power pose. No wonder the artwork is called Night… 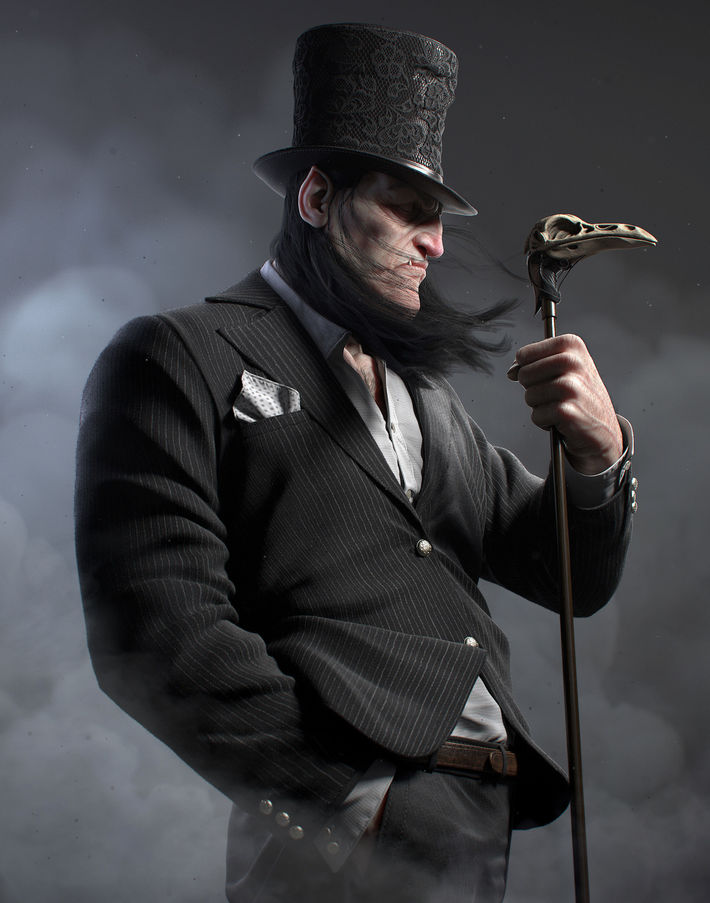 Thanatos, the 2nd place winning artwork, also show a mythical creature that you would expect to see in a scary fantasy movie or game. Congrats to Caroline Pricillia for creating this impressive two-faced character! 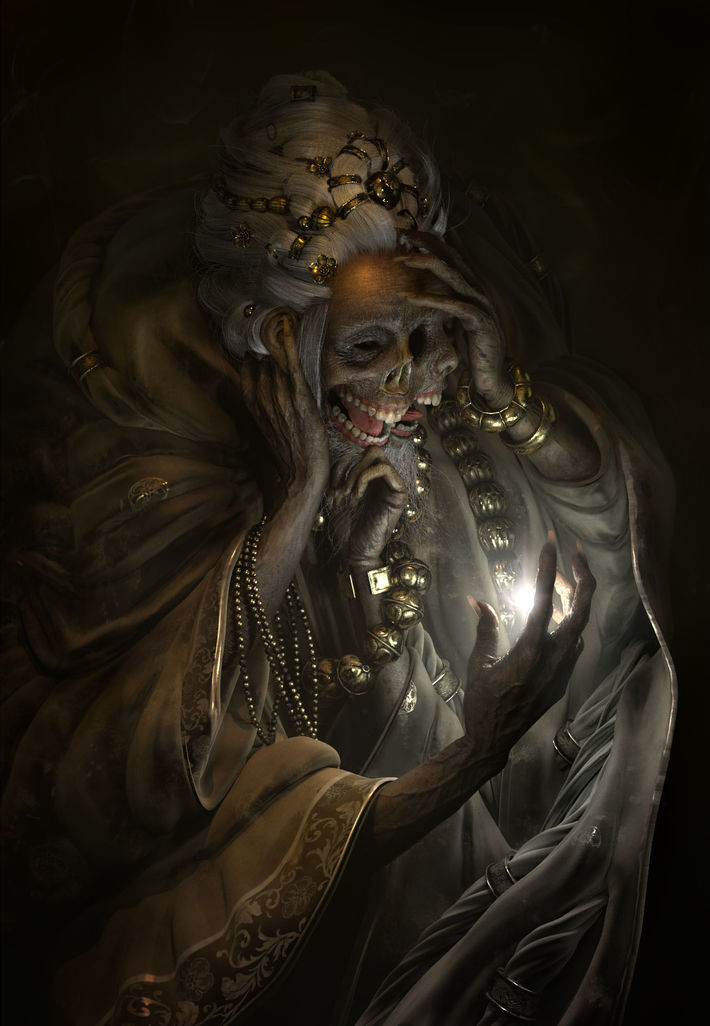 The best artwork nomination in fantasy category is awarded to Hanley Leng and his Grand 4 happiness, an image depicting five characters in a surrealistic world of vanity, sin and cruelty. 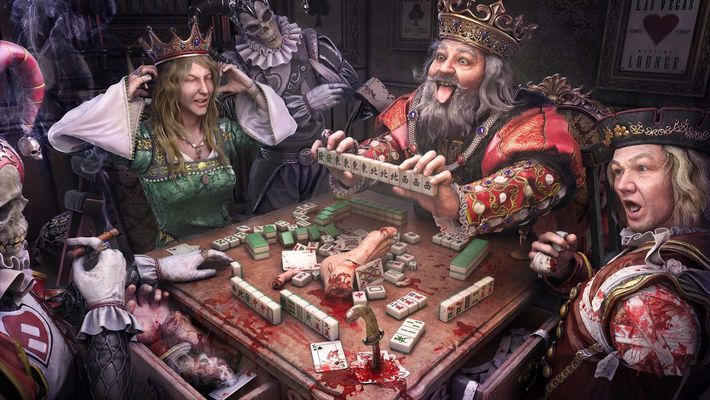 Character category received the most submissions, making it super hard for the jury to decide. Luckily, we can award one more artwork from this category for winning public award. The winning entry - Ancient Bride of the Dead by Rowena Frenzel depicts a creature, which looks like coming from “Fantastic beasts and where to find them”. We are sure that this character would not hurt the movie for sure, and with all pins and saves received by this artwork, it seems the audience agrees with us. 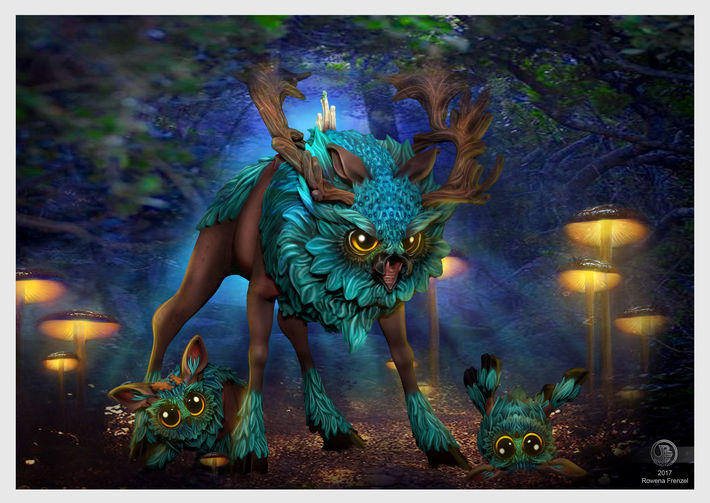 One more public award goes to Vivziepop by Skyler Jyvqh. The author says “I love the liveliness in Vivziepop characters and had a great time working on this one”, and we are sure this positivity reached the hearts of those checking the Pinterest board and brought Skyler the win in the special public award nomination of CGTrader Awards 2017. 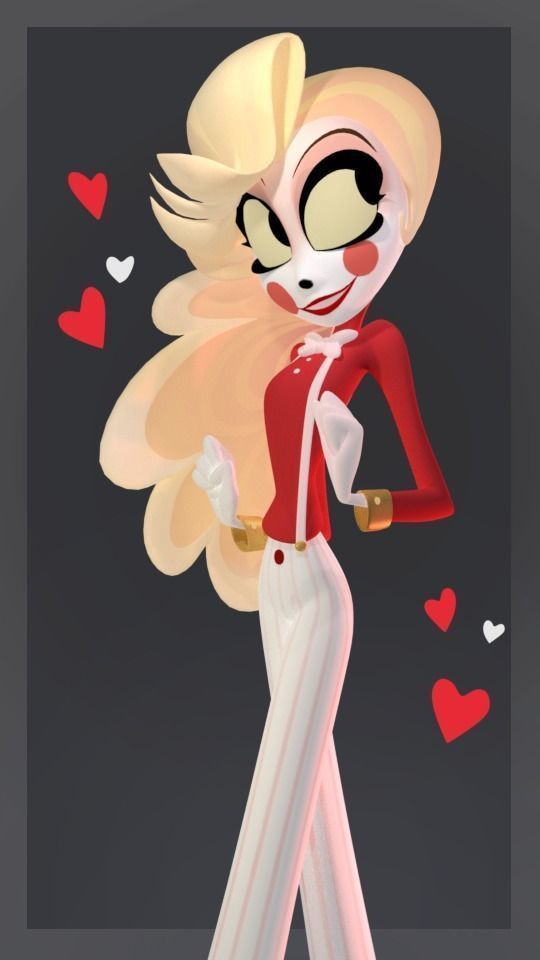 All the winners will be awarded great prizes by CGTrader and the amazing partners of CGTrader Awards 2017: RebusFarm, the Foundry, Tonytextures, Craftanimations, SiNi Software. We also want to thank iCube R&D, Luxion, OTOY, _blankRepository, Maxon, Nevercenter, InstaLOD, Lix Pen and many others in supporting our Awards and designers around the world.

Thanks for taking part in CGTrader Awards 2017 and stay tuned for the new challenges ;) In the meantime, enjoy Christmas and the whole festive season!

Congratulation for all winners awesome works.

Some fine pieces of artworks, great jobs!
t
WTF sci-fi winner is terrible sorry could you explain to me how the topic was shown "how the world will looks like in 20 years", and Gustav Klimt we can see why ?? becouse of gold color ??. Next time Ill post my work making 8 yellow tubes and call that "V.A.N.Gogh sound of future"