Since the Maker Movement has gathered an increasing amount of momentum, we tend to hear more and more about this curious, tech-influenced community of hobbyists, enthusiasts and amateurs, who are driven by innovative technologies (such as 3D printing) to create new products and produce value in the community.

This time we’re talking to Lucy Morrissey, director of social media for 3Dprintler, about their unique 3Dponics project, which is the first 3D-printable hydroponics system. It's also Internet-enabled, and soon it will be solar-powered.

Can you recall how and/or why you started the 3Dprintler project?

3Dprintler started originally with Michael Golubev, our CEO, getting a 3D printer as a gift and experimenting with it for some time. His fascination with 3D printing grew, and eventually he started to see ways in which we could use this 3D printer to benefit others and do something different.

So, we started printing brand logos for local companies and upgrades for the DJI Phantom quadcopter, among other things, before moving onto 3D printing parts for 3Dponics.

Tell us about the local scene in Ottawa (and St-Petersburg, Belgrade, Singapore). Who are makers and what do they stand for?

I know there is a definite interest in 3D printing in all of those places, because our team members there are fairly busy with orders and inquiries. Our Serbia team was asked to 3D print a mask for an independent theatre there in Belgrade, which turned out wonderfully and was used in a popular production.

In terms of interest in 3Dponics, just last week we had our friend in Russia, an avid gardener who has been growing his own food for years, contact us, interested in building a 3Dponics system. We’ll be sending one his way soon.

Personally, I can say more about the makers here in Ottawa. There are plenty of creative people here. 3D printing, in particular, is becoming more and more popular.

We have the Mini Make Faire in Ottawa that first happened in 2010 and there was such a great turn out and response that they continued to have it here. We’re actually attending this year’s Mini Maker Faire (August 16 th and 17th). We have the opportunity to show more people 3Dponics and see what the other makers here are up to. There’s certainly a lot of interest and excitement surrounding the Mini Maker Faire.

Additionally, we have locals calling and looking to have various items 3D printed. When we were about to launch 3Dponics on Kickstarter, we went to the local Farmer’s Market and talked to fresh food lovers there—people who we thought would appreciate the idea of 3Dponics, and they were definitely intrigued by it.

Many people believe the maker movement will have a transformative impact on our future. What are your thoughts?

It certainly will. We have more creators than ever before. Everybody wants to stay up to date on changing technology, so more people are getting involved in inventing, designing and making new things. I think the maker movement will propel us forward in that we’ll be learning and inventing things at a much faster pace in the years to come.

What part of the making process excites you the most?

The entire process is exciting. It’s thrilling to see something evolve from an idea, something you’ve only imagined, into a tangible object.

How do you approach a project? Where do you get inspiration from?

We try to stay updated on what people want and what people need, and we like to create things that aren’t like anything else. For instance, there are many hydroponics systems, yes, but ours is made up of 3D-printed parts, which is something different and cool. What’s more, now 3Dponics is an Internet-enabled system AND soon it’s going to be solar-powered.

We find inspiration in everyday activities. We look for ways to make activities and tasks more efficient. In terms of gardening: when you grow with 3Dponics (since it’s an Internet-enabled system and soon-to-be solar–powered system), you’ll be able to monitor your garden remotely. It won’t require as much hands-on work.

What aspects of your project are unique? Why should it go big? 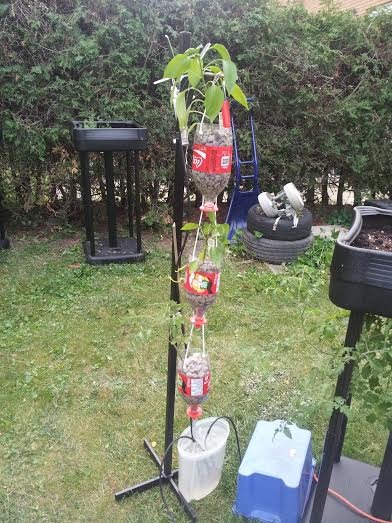 Who are the customers or clients of your project?

We are not selling 3Dponics – the design files are totally free. But the people interested in 3Dponics are the folks who love technology and 3D printing; folks who love to garden; people who love promoting fresh, healthy organic eating; and people who are conscious of the environment and keeping it healthy. There are a lot of different people interested in and already using the system—and from all over the place! It’s wonderful. 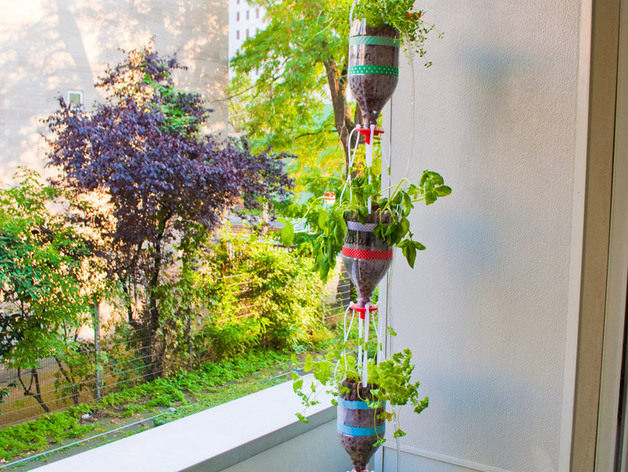 What’s the role of 3D printing in the maker movement?

3D printing is definitely a big part of the maker movement and becoming a bigger part. It’s another way to create. It’s a way to first imagine, then design, then bring something to life—in mere hours sometimes!

How is 3D printing helping you bring the idea to life?

We’ve designed and 3D printed components and upgrades to make 3dponics a more interesting and more efficient hydroponics system. It takes about 5 hours to print all the 3D-printable parts. And it costs very little (at a penny per day to operate), especially when you consider what you’re getting out of it: fresh, organic produce that is otherwise pretty pricey. 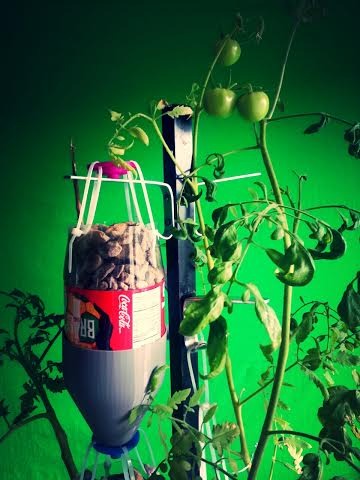 What’s your take on the open source issue in 3D printing industry?

We’ve had issues with IP infringement in 3D printing in the past. We’ve had our design stolen, printed and sold for profit. We came out on top (for more on this, please see here)

We think it’s important to be able to protect your files, of course, if that’s what you want to do. However, with 3Dponics, we want it to remain completely open source and available for everyone. We don’t see an issue in keeping it an open source system. We want people to use the files, build the system, improve it and share what they know. With 3Dponics, it’s all about building the community of users.

What kinds of objects have you 3D-printed for your personal needs?

How and why did you get the idea of using kickstarter.com to fund your 3D printing project?

We wanted to involve as many people as possible and get people excited about the project. It seems, these days, Kickstarter is great for doing that. A lot of open-minded, innovative, creative people explore Kickstarter, so it really was the perfect place to launch.

Do you believe in 3D printing revolution? Why?

Yes, because additive manufacturing is already changing the way we do so much, and it’s already applied in such a wide range of industries, from the medical industry to the automotive industry.

In such a short time, 3D printing and 3D printers (desktop, at least) have become so much more accessible for the average person.

I think it’s going to be become even more prevalent in the years to come.

How do you see 3D printing changing people’s lives in a decade?

I think more and more people will become interested in 3D printing and customizing their belongings. I think, too, all these different industries will continue to use 3D printing and the technology will become even better, so the ways in which we apply it will become more apparent. We won’t need to ship a part off and wait weeks if it’s broken. We’ll be able to have a 3D printer print a replacement part not too far from our own home (just as an example).

*Note: Since we spoke to Lucy, the 3Dprintler team has turned 3Dponics into their full-time project and can be reached at info@3dponics.com 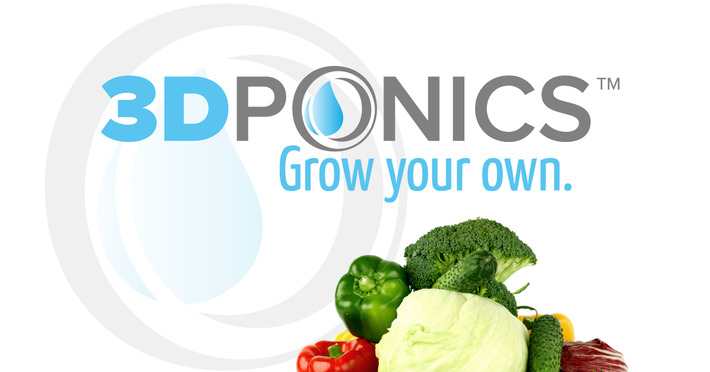