Behind the commercial’s awesome animation is the talented, boutique BlackBoard Studios, which expertly integrated Sodastream’s product with global landmarks. The use of 3D adds a new dimension to the viewing experience, while reinforcing the SodaStream message that carbonating your own beverages is more than just a great idea, it is monumental!

The 3D model of the Golden Gate Bridge and another of a Kuala bear were sourced from CGTrader, the world’s largest platform of licensable 3D content, with 800,000 3D models on its Marketplace, close to 2 million users on its platform, and the ability to connect businesses with skilled 3D model designers.

“It incorporates our capabilities as a studio in one product,” continued Noam Maoz, CEO. “This is hard core, with so many shots representing what we like to do: 3D, compositing, rendering…and so much more.”

BlackBoard provides post-production for advertisement agencies, production companies and other clients and is capable of project integration from start to finish. Their products include commercials, corporate branding and product videos and demos, TV series openers, music videos, gaming scenarios and any other video material that demands eye-popping content. 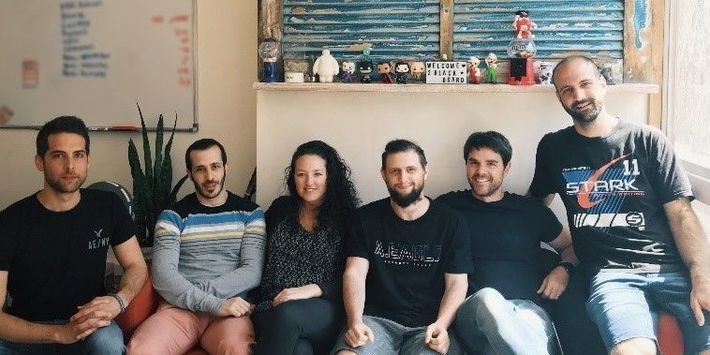 “We always over-deliver,” said Noam, “it is our passion.” The studio’s people are hand-picked to implement creative ideas, leading to long-term client relationships.

BlackBoard admits that it used another 3D model platform before they discovered CGTrader. “Then CGTrader quickly became a mega-site and we didn’t use anything else. Our pipeline today is built around CGTrader,” said Serj. BlackBoard purchased the 3D model of the Golden Gate Bridge that appears at the opening of the SodaStream commercial, because it is “easier to use a proven commodity, and then add our tricks and magic.”

Daniel Turuntsev, Studio Manager, responsible for project management and budgetary considerations, said, “In the Here Mobility project, our creative challenge was to recreate the Vegas Strip. With elements we found on the CGTrader platform, it saved us untold hours of work.”

After downloading the Las Vegas Full City and STRIP Low-poly 3D model (illust. 1) from the CGTrader marketplace, the studio focused on all the landmarks of the Strip, added texturing and lighting effects, and made subtle modeling adjustments to create the vibrant 3D recreation (illust. 2). The final product was projected on a 250-square-foot screen, featuring one main video, 4 full demos, and 220 secondary videos – all integrated into one interactive experience for the HERE Mobility Marketplace Launch at CES Las Vegas in 2018 (illust. 3). 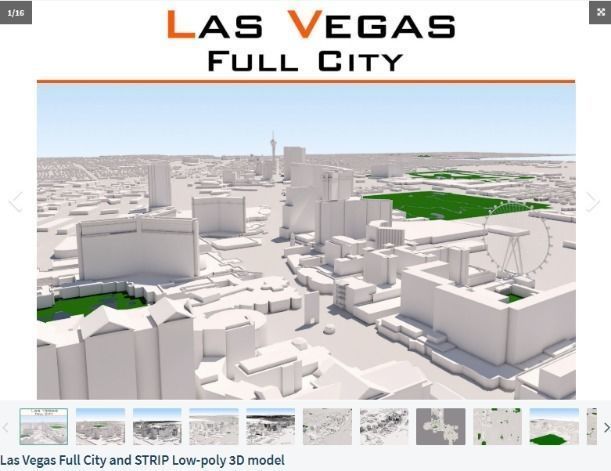 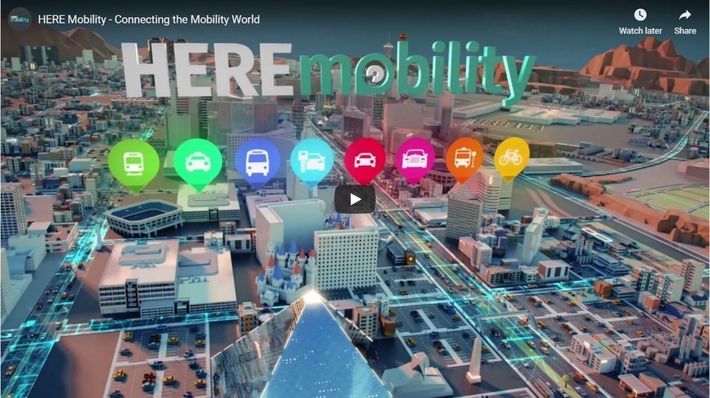 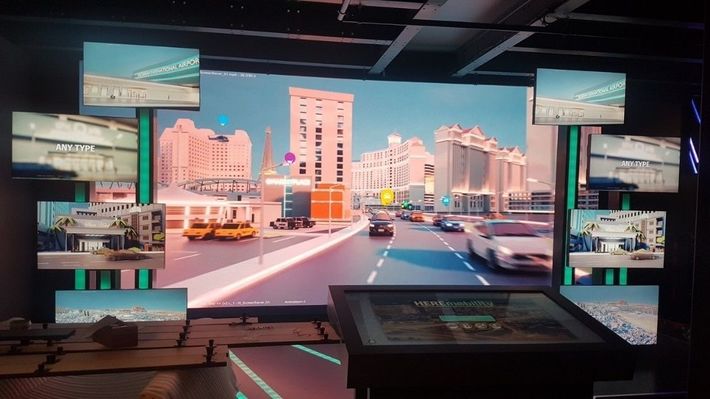 “Almost all CGTrader assets come in multiple formats, including OBJ or FBX, making it easier to integrate into our projects,” he added.

Until they discovered CGTrader, the BlackBoard team explained how they took frames from existing sources or searched for free ones in order to develop moodboards which shows clients the atmosphere they envisioned creating for each video. Now they are able to show what they actually plan to use from Day 1.

“It used to be much harder to tailor the clients’ expectations. We wasted tons of time,” said Daniel. “Using the search feature in CGTrader is really great.”

When asked about the future, Noam observed, “We are already implementing Virtual Reality. For instance, we used a CGTrader models in a 3D animation game we developed in VR. It is amazing! Today it’s a gimmick…tomorrow we are moving toward simulations, as well.”

“CGTrader is a revolution for us and for the industry. It will be interesting to see where the next revolution in efficiency will come from. Perhaps the next jump will come from the shortening of flow animation…,” he speculated.

And it seems that BlackBoard is, indeed, pushing toward the forefront, having participated in award-winning projects on a global scale, after only a couple of years in the business. The studio worked with Benjamin’s Brother on the Story of a Broken Heart music video from his first album, which won the best narrative category in the Berlin Music Video Awards in 2015. In 2018, the company produced and did the post-production for the Nectar Sleep Commercial , which won the most effective ad on YouTube in 2018 at the Webby Awards, which is considered the Oscars of the Internet.