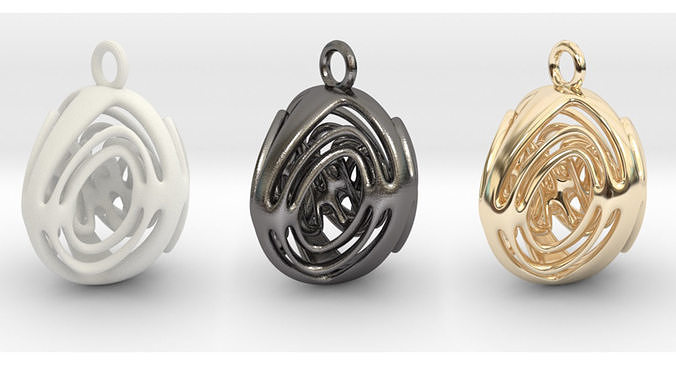 Contemporary one of a kind pendant.symetrical design with a unique center.

The word pendant derives from the Latin word pendere and Old French word pendr, both of which translate to to hang down. It comes in the form of a loose-hanging piece of jewellery, generally attached by a small loop to a necklace, which may be known as a pendant necklace.A pendant earring is an earring with a piece hanging down. In modern French, pendant is the gerund form of pendre (to hang) and also means during. The extent to which the design of a pendant can be incorporated into an overall necklace makes it not always accurate to treat them as separate items

In some cases, though, the separation between necklace and pendant is far clearer.Pendants are among the oldest recorded types of bodily adornment. Stone, shell, pottery, and more perishable materials were used. Ancient Egyptians commonly wore pendants, some shaped like hieroglyphs.

Pendants can have several functions, which may be combined:

The many specialized types of pendants include lockets which open, often to reveal an image, and pendilia, which hang from larger objects of metalwork.