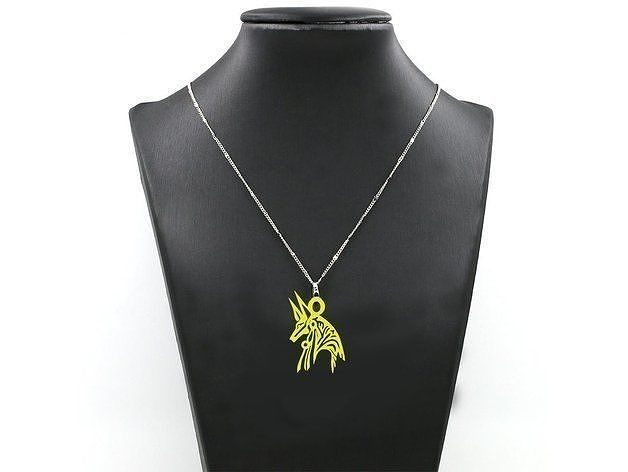 As a fan of old Egyption culture it was only a question of time when I will upload something like this. Anubis is my second favorite to Raa (which I will make in future).

Anubis or Anpu is the Greek name of a god associated with mummification and the afterlife in ancient Egyptian religion, usually depicted as a canine or a man with a canine head. Archeologists identified the sacred animal of Anubis as an Egyptian canid, that at the time was called the golden jackal, but recent genetic testing has caused the Egyptian animal to be reclassified as the African golden wolf.

Write comment
Item rating
0 1
Not Recommended
Object quality is horrible. Do not buy. Honestly I think this seller simply turned an image into an 3d object. The edges are rough exactly like they would be if they were created from pixels. Also if you look closely at the provided picture it doesn't even look 3d printed so it's not a good representation of the object.
Abstract Anubis
$3.00
Save with CGTrader Credits
Royalty Free License
My PurchasesProceed to Checkout
N
newagematerial
(1 reviews)
Response - % in - h
Hire me