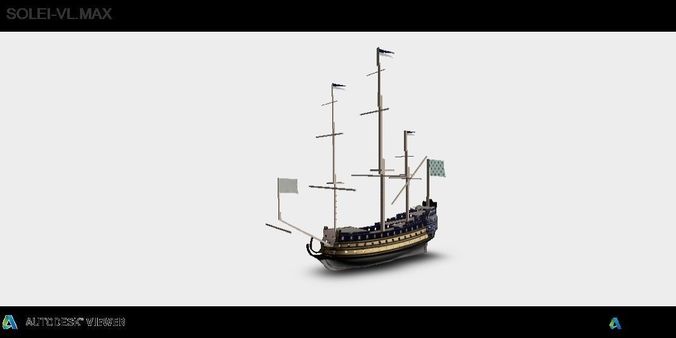 The luxury ship of the line Le Soleil Royal (Sun King) was built in the French port of Brest in 1696 during the reign of King Louis XIV. His extraordinary speed, maneuverability and armament of 104 guns fully manifested themselves in military operations against the Gapsburgs. By fame, this ship means for the French the same as for us Aurora, for the English HMS Victory, for the Swedes Wasa. A large model of this ship is stored as a national treasure in the Maritime Museum of Paris. The model contains customized standard shaders and texture maps in the kit.