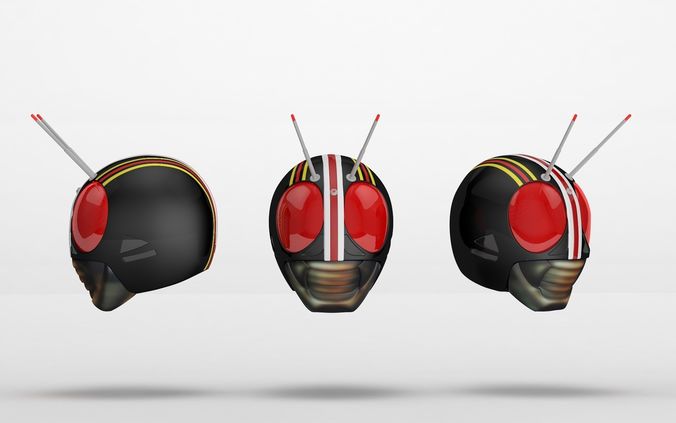 Kamen Rider Black (仮面ライダーBLACK Kamen Raidā Burakku?), translated as Masked Rider Black, is a tokusatsu superhero-drama television series. It is the eighth installment in the famous Kamen Rider Series of tokusatsu shows. It is a joint collaboration between Ishimori Productions and Toei, and aired on the Mainichi Broadcasting System and the Tokyo Broadcasting System from October 4, 1987 to October 9, 1988, with a total of 51 episodes. With its very dramatic storyline and its twist of the Kamen Rider having a tragic relationship with his nemesis, the installment not only became very popular in Japan, but also in many countries where it was aired. The series is often regarded as a TV classic and is considered by many as the most popular Kamen Rider show of the late 1980s, as well as one of the most famous of all Kamen Riders in the Showa Period. Kamen Rider Black RX was a direct sequel to this series. A manga adaptation of the series is entitled Kamen Rider Black (仮面ライダーBlack Kamen Raidā Burakku?).