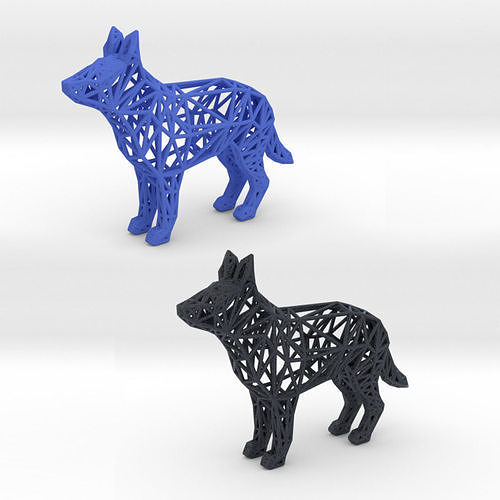 The German Shepherd (German: Deutscher Schäferhund, German pronunciation: [ˈʃɛːfɐˌhʊnt]) is a breed of medium to large-sized working dog that originated in Germany. The breed's officially recognized name is German Shepherd Dog in the English language (sometimes abbreviated as GSD). The breed is known as the Alsatian in Britain and Ireland.The German Shepherd is a relatively new breed of dog, with their origin dating to 1899. As part of the Herding Group, German Shepherds are working dogs developed originally for herding sheep. Since that time however, because of their strength, intelligence, trainability, and obedience, German Shepherds around the world are often the preferred breed for many types of work, including disability assistance, search-and-rescue, police and military roles, and even acting.The German Shepherd is the second-most registered breed by the American Kennel Club and seventh-most registered breed by The Kennel Club in the United Kingdom.