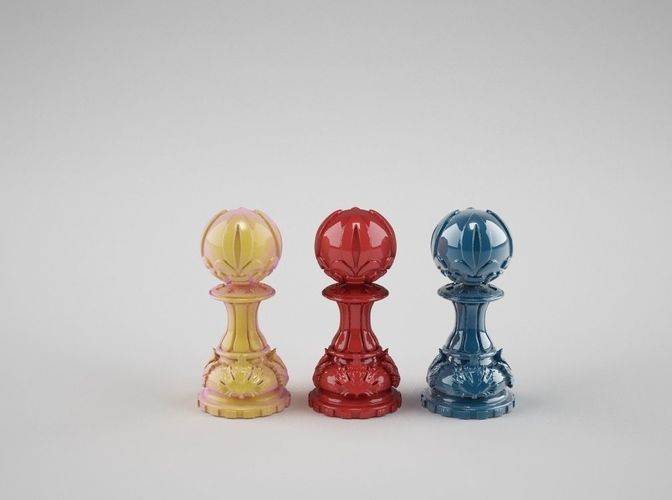 Chess is a two-player strategy board game with two opponents, called Black and White from the color of their moved pieces. It's played on a checkered gameboard with 64 squares of two contrasting colors alternating each box, on which there are 32 pieces at the game start, sixteen each color: a king, a queen, two rooks, two knights, two bishops, eight pawns. The objective is to checkmate the opponent's king by placing it under an inescapable threat of capture. Chess is one of the most played game worldwide: can be played at home, in dedicated clubs, on the internet or by mail, at both amateur and professional levels. Chess are also recognized as sport be the International Olympic Committee.

Write comment
nice
Item rating
1 0
Recommended
Very detailed and came out perfectly! I know it took a lot of time to design!
chess pawn 1
$3.48
Save with CGTrader Credits
Royalty Free License
My PurchasesProceed to Checkout