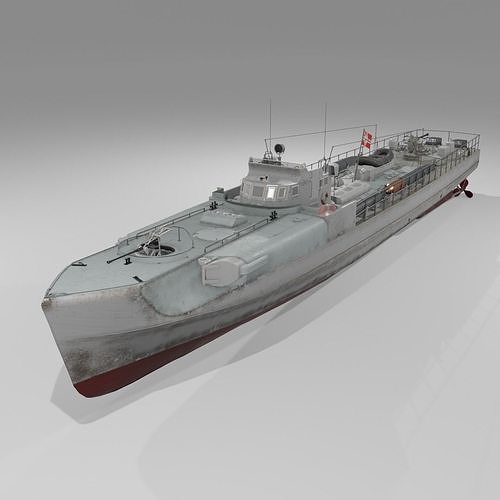 4 Set of material and Texture

Description:E-boat was the Western Allies' designation for the fast attack craft (German: Schnellboot, or S-Boot, meaning fast boat) of the Kriegsmarine during World War II; E-boat could refer to a patrol craft from an armed motorboat to a large Torpedoboot.