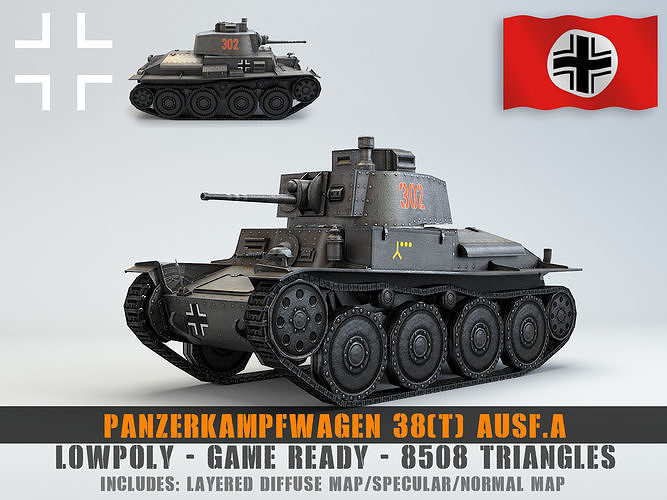 "The Panzerkampfwagen 38(t), originally known as the ČKD LT vz. 38 was a tank designed during the 1930s, which saw extensive service during World War II. Developed in Czechoslovakia by ČKD, the type was adopted by Nazi Germany following the annexation of Czechoslovakia. With the German Army and other Axis forces, the type saw service in the invasions of Poland, France and the USSR. Production ended in 1942, when its main armament was deemed inadequate. In all, over 1,400 Pz. 38(t)s were manufactured. The chassis of the Pz. 38(t) continued to be produced for the Marder III (1942–1944) with some of its components used in the later Jagdpanzer 38 (1944–1945) tank destroyers and its derivative vehicles.