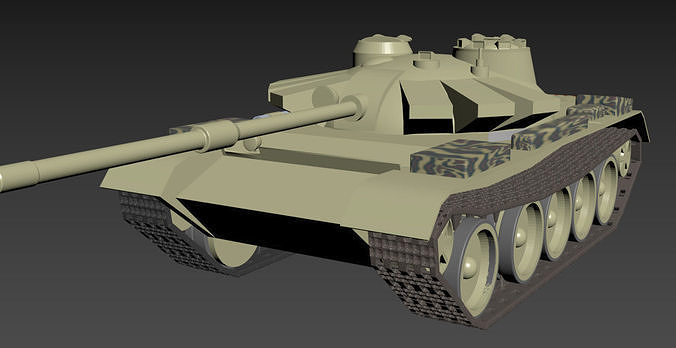 The most massive tank of the second generation. It has been adopted by the USSR Armed Forces since 1973. The T-72 was developed and manufactured by Uralvagonzavod in Nizhny Tagil. The chief designer of the machine is V.N. Venediktov. Ural is in service with the CIS countries, was exported to the states of the Warsaw Pact, Finland, India, Iran, Iraq, Syria. Modifications of the T-72 were produced under license in Yugoslavia (M-84), Poland (PT-91), Czechoslovakia and India, which exported them. History of creation and production

Development of the T-72 began in 1967. In the course of further work, in 1968-69, comparative tests of the main T-64A tanks with a B-45 engine with an ejection cooling system (developed by the Kharkov Design Bureau of Mechanical Engineering) and samples with a B-45 engine with a fan cooling system (development of a design bureau in Nizhny Tagil) and an automatic gun loader for 22 rounds. The latter showed better results.

In November 1969, the V-46 engines with a capacity of 573 kW (780 hp) and a new chassis began to be installed on these combat vehicles. The sample made with the indicated changes was assigned the index object 172M.

On August 7, 1973, by a joint resolution of the Central Committee of the CPSU and the Council of Ministers of the USSR No. 554-172, the T-72 tank was adopted by the Soviet Army. Produced in the USSR and Russia from 1974 to 1992 at Uralvagonzavod and Chelyabinsk Tractor Plant.