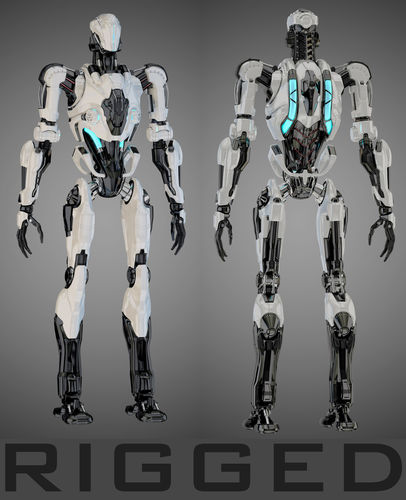 Samuel Hayden was born to the powerful Hayden family and was a very prodigious intellectual and philanthropist. After he was appointed as General Director of the Global Science Council, the UAC recruited him. Soon after Argent energy was discovered on Mars, Hayden subsequently took over the leadership of the UAC.

Soon after the Argent Tower was constructed in 2127, Hayden was diagnosed with an incurable brain cancer and left with a few months to live. Hayden avoided his death by transferring parts of his brain into a 3-meter tall mechanical body. It was implied that Hayden chose this form for his expeditions into Hell.

Hayden led the first manned expedition into Hell in 2145 in which he discovered the protagonist, simply called 'Doom Marine'. He had the Marine recovered and kept him personally under his watch away from the auspices of his disgruntled colleague Olivia Pierce. Hayden's relationship with Pierce gradually deteriorated due to her deranged, religious obsession with Hell which ultimately corrupted her.

After Pierce betrayed Hayden and planned to open the gates of Hell, Hayden awakened the Doom Marine and tried to persuade him of assisting him in stopping Pierce. He is harshly rebuffed twice at the beginning of the game, though Hayden claims to be willing to accept full responsibility for Hell's invasion.

Hayden takes the role as a supporting character throughout the game. However, he eventually betrays the Doom Marine, taking the 'crucible' artifact from the player to continue exploiting Hell's resources for the sake of humanity's progress before sending the Doom Marine to an unspecified location. Before he does so however, Hayden states his certainty that he and the Doom Marine would meet again. It is possible that Hayden will appear in future Doom titles, possibly as an antagonist.

This model is rigged only for 3dsMAX . Other formats are not rigged, and includes only neutral pose model.

Lighting setup is not included in the file!