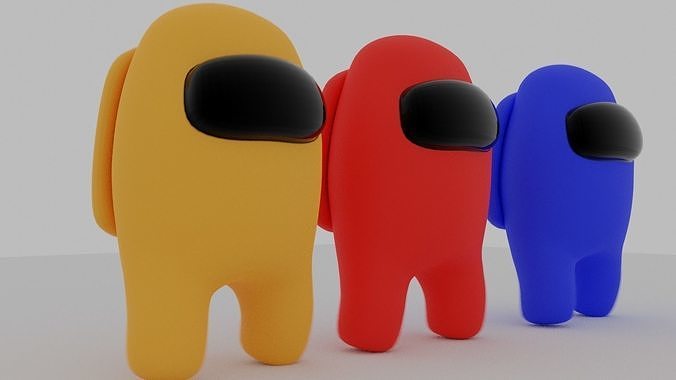 Among Us Low-poly 3D model

Among Us (also known in the Apple App Store as Among Us!) is an online multiplayer science-fiction/social deduction murder mystery game created by Innersloth that runs on the Unity Game Engine. It was first released on June 15, 2018, for iOS and Android - and was later released on Steam on August 18, 2018. On December 15, 2020, a Nintendo Switch edition was released, which is available on the console's Nintendo eShop. The game is soon coming to Xbox One, Xbox Series X|S, PlayStation 4, and PlayStation 5 sometime during 2021.[1] The game is set on one of four locations; a spaceship, above-earth base, planet base, or a Henry-Stickmin-themed Airship which contains a group of crew members, among which are up to three Impostors who have to Sabotage the ship/base/planet and kill off the Crew. Crewmates have to complete their chosen tasks, report bodies of other Crewmates who are killed, and initiate emergency meetings if they witness another player doing something incriminating or suspicious.

By 2020, Among Us was considered by Innersloth to be a complete game, and as of June 11, 2020, MIRA HQ and Polus, which were previously paid for, were released for free for players playing both on Windows and iOS/iPadOS/Android to host. The game gained an increase in popularity in 2020 due to famous Twitch streamers and YouTubers playing it. A sequel, titled Among Us 2, was announced by Innersloth on August 18, 2020, and was scheduled to be available by 2021 but was canceled in September. Work will instead improve the original game due to the unexpected popularity of the original Among Us. Also, many forms of merchandise, such as T-shirts and toys, have been announced and launched.

to Among Us low-poly 3d model
Help