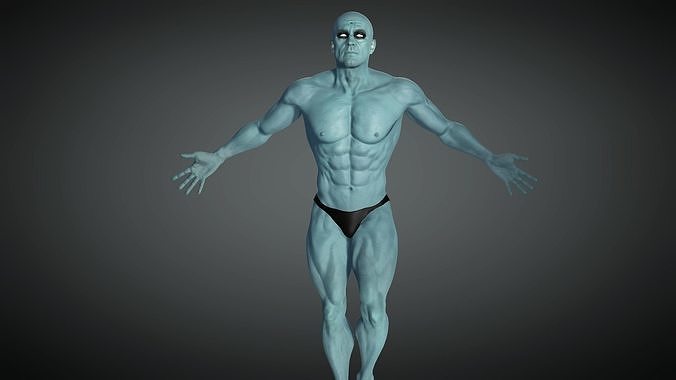 +Clean topology based on quads

+All meshes are completely UV unwrapped

The Watchmen series is noted for addressing metaphysical issues and questions, Doctor Manhattan being the primary exponent. He is often used as an example of a post-human god. Reception towards the character is positive and he has appeared and been mentioned in various forms of media. Doctor Manhattan later appeared in the Before Watchmen comic book prequel, with his own individual issue miniseries.

In 2016, as part of DC Comics' Rebirth relaunch, Manhattan became a major character in the DC Universe. He was revealed to be responsible for the Flashpoint event, creating The New 52 timeline/universe in the process, a factor that removed 10 years of history of the DC characters.[1] This led him to become one of the main characters in the Doomsday Clock miniseries, published from 2017 to 2019.[2]