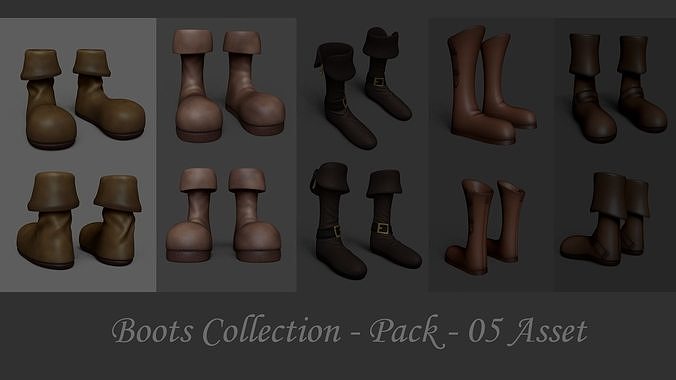 All the details are described below. All textures are hand made. All boots includes Normal Maps, a subdivided file (in high poly) and a Only Low Poly file. All polygroups are separated as shown in images.

All the items in this pack are sold separatedely in my profile, if interest in only one of them

All files are named properly. All objects are organized in 05 .rar files, including their normal maps, textures, and sub objects.

If you have any difficulty with opening the .rar files, contact me and I can provide in any other format.

**All the items in this collection are sold separatedely on my profile.