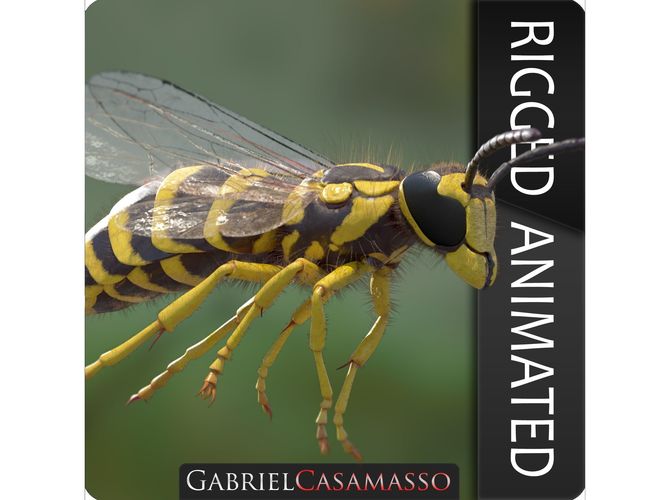 There are Morphs for Sting and Wings(Switch between Relaxed and Unrelaxed Pose [See in Previews]), which are controlled by an nice user interface. (See Previews)

Fur exist only in C4D Files!

The Rigg is Originally made in Cinema 4D(Preview Images). In other formats, the Rig was exported from Cinema and Imported as FBX

ALL RENDERS WERE MADE IN CINEMA 4D.

All previews without Label were made in C4D Arnold Render. Previews that were made in Standard render have the label Standard Render on Top Right