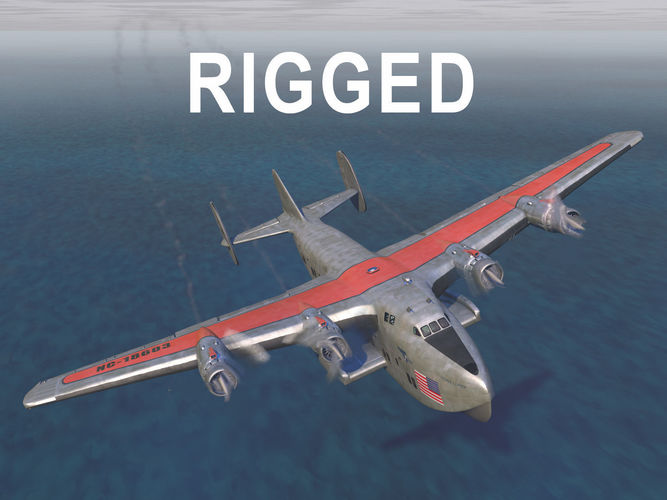 The model of a Pan Am flying boat is rigged for easy use. The motion of all moving parts is controlled by XPresso sliders found in the HUD or under the User Data tab of "Yankee Clipper" null object.

Heading, Pitch and Banking of the model are independent of movements of Ailerons, Elevator, or other control surfaces.

The model is equipped with smoke trail set-up. Four emitters are positioned and the tail end of the four engines and will create a smoke trails. Trails are controlled by either the speed of the wind against the airplane or by the movement of the airplane across distance - or both.

UV maps have been created for the model. The models windows doors or other openings are not modeled in geometry but painted and recorded into the transparency channel of model's texture. Texture maps are 11000x9200.

The models simplified interior is built as an insert on its own layer for on easy on and off switching.

Thank you for choosing an AxisPointStudio model for your project, best wishes for a lot of success in your endeavor.