Mike Johnson is the harbinger of the future of independent filmmaking. He proves that creating an engaging animated movie is already possible for anyone with the right set of skills and approaches. Mike has created three full feature films already, with a fourth one in the works. One of them, Battle Oasis, has been watched on YouTube over 10 million times until now. Mike agreed to talk about his work, inspiration, what he looks for on CGTrader, and what the perfect 3D asset must have to be chosen for his movies.

Mike, tell us a bit about yourself and how you got into 3D.

I had used Poser 3 back in 1997, when I was 16, but the software was too difficult to use back then. I got into 3D animation after I saw Lord of the Rings. It was 2004-2005, when I came across the Alias|Wavefront website, which had an image of Gollum and it said “Maya took Gollum to life” and I was thrilled to find out how they did it.

I started doing 3D with no idea what I was doing. I would use Maya every day and night, learning to model a character, to rig, and everything else I needed to know to create a character, to make an animated film. I no longer learn something new every day, but it still happens.

The key thing was seeing Gollum and saying ‘oh, this piece of software made Gollum’. 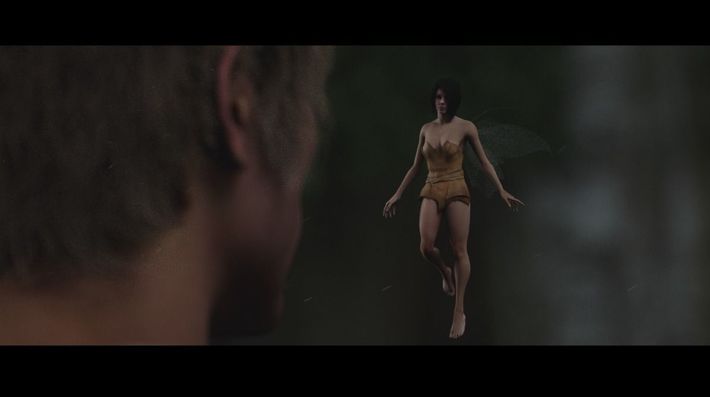 What was your learning process like? Did you use tutorials?

How many 3D models does it take to make a feature length animated movie?

I had about 400 models purchased for the third film, which is the last one I did (Chance). I would say I need around 300-500 models for every movie that I make. 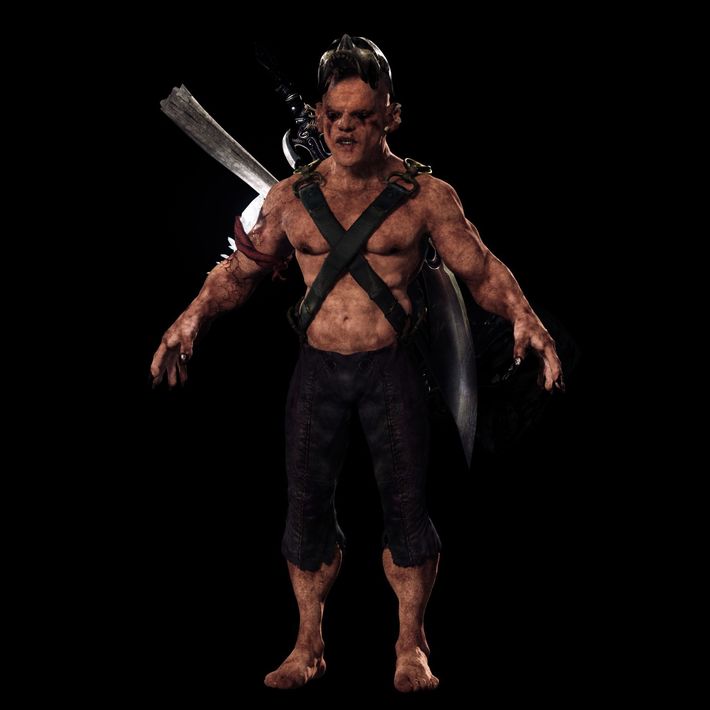 What percentage of models do you model yourself vs buy?

Overall, probably 80% of the assets in my movies are purchased and used without me touching them significantly. I might adjust the Specular map or the Diffuse, resize the scale. I only do some little thing, and the majority of models are almost the originals.

You have rendered your second movie, Battle Oasis, yourself. Can you tell us about that process?

My second movie, Battle Oasis, was rendered in Mental Ray. I was 50% through when Octane came out and said it was a ‘real-time renderer’ – I thought it was like a video game engine. Didn’t realize they were using the term very loosely. I bought Octane, tried it and realized I couldn’t use it on my single GPU. The tech was too primitive back then. I had six PCs that were dual-NEON processors. Those were rendering in Mental Ray. I’m glad that the GPU rendering came when it did. Old school rendering is horrible for animation. I did finish Battle oasis in Mental Ray, though.

How has your rendering changed since then?

I am fully committed to Octane. I’m beta testing their new versions. I have four render machines with four GPUs in each one, and am about to build a fifth one. Three have GeForce GTX 780 Tis and one has 1080 Tis. I have four 1080 Tis in my work machine. I can render out a minute of animation a day. Being able to see my render and animation as I am working on it – that’s really the future.

When I’m lighting a scene, I have two slaves that render out the lighting. I see the shot rendered in seconds – that’s the goal of every visual artist: to be able to see what you’re working on in seconds. When I’m satisfied, I put it on the render farm and there’s almost never an error.

When I was rendering Battle Oasis, I had to wait 2 minutes to see the lighting in low quality (680x480). 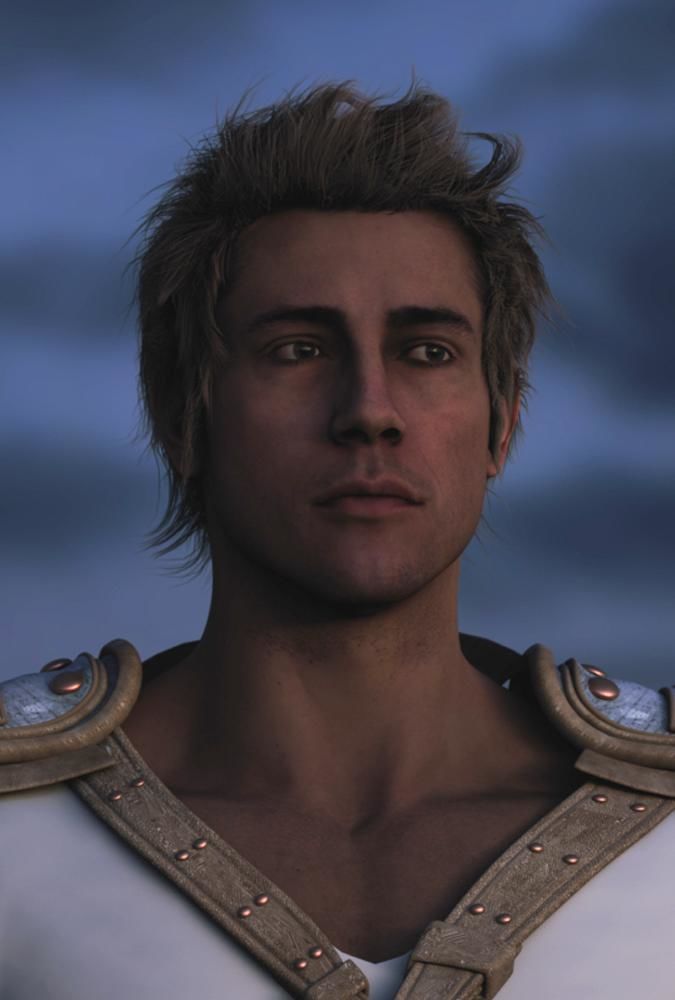 How do you see the movie and 3D industries in the next 5 years?

I think the biggest thing for me is utilizing the hardware that is getting to be insane. Its advance is the number one thing I’m looking forward to: GPUs, de-noising (AI algorithms). It’s the marriage between GPU renderers and hardware that will let artists see results faster. Real time results will allow artists and myself to advance. Real time path tracers are real game changers. It’s things like Brigade, a real time path tracer. We will get real time rendering. I’m not talking about Unreal or Unity – those have no shadows. I mean seeing lighting in real time. It might be that in 5 years Unity and Unreal will be using these GPU renderers with path tracing, like Octane or Redshift. 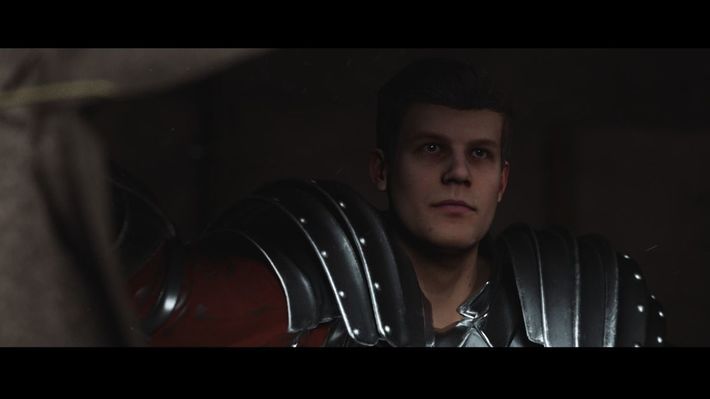 In terms of you opening the door to other creatives and artists – do you think will we have more independent animated full feature films popping up?

That used to be my thing – to prove that it was possible. I found that people don’t really care that this is possible. That might be because it hasn’t reached enough people. Producers think an animated film costs at least 10 million – and that’s on the cheap end. Then I come in and say ‘I’ll do it for 175k’ and they think it’s a scam. It’s not about proving myself. Now I am just trying to make movies.

There are a small group of artists that are very interested, but as a whole, I’ve gotten a very neutral response from the community. When I tell animators that I made a movie all on my own, animated it myself and that that’s the future – they don’t want to hear it. They don’t want to hear that computers are taking their jobs. For example, I don’t rig any characters, I use automated scripts. I don’t have to hire a technical director – I have a script that does it for me.

Overall, people in the CG industry don’t want to know this is possible, because they think ‘shoot, I am specializing in this’. There are these debates going on in forums like CGsociety: ‘should I specialize or become a generalist?’ and I always say – be a generalist. You have to know a set of things, and the tech is going to do a lot for you. 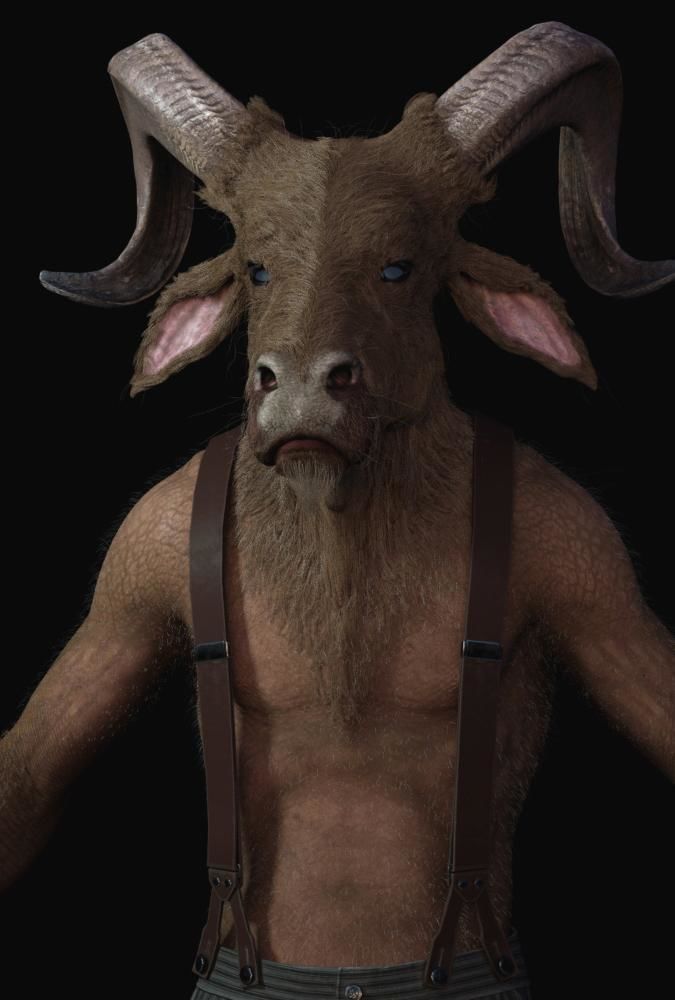 You say don’t do anything you can automate and avoid touching most of the 3D models you buy. How do you choose that perfect asset that won’t give you a headache?

When I look for a 3D model, it doesn’t matter how many pictures I see. I need to see that the author tried giving the model a movie look: they rendered it with with shadows and a Normal, a Diffuse and a Specular map. If I see a model and it has those three maps, it’s all I care about. I don’t care about Concavity, Ambient Occlusion or others, because those three let me use the model immediately. All I need to see is a single image and the polycount.

If I like the presentation, I look at the polycount. A 10,000 polycount model is great, but 3 million, on the other hand, means I can’t just put it into my movie, I have to mess with it.

The last thing I consider is the price. If a model costs $300, I consider how many shots it will be in. I will spend $300 on a city, when a movie is set it a city, but if I need the model for a single shot, I will never spend $300 on a small environmental model. 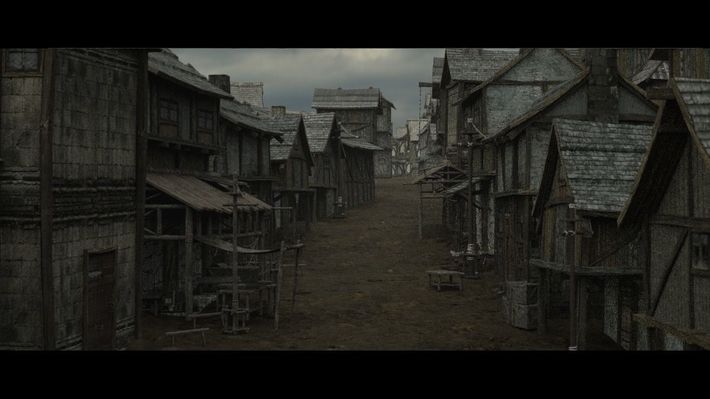 Do you have any tips or tricks to use 3D assets most effectively?

My advice is – do the least amount of manual work. If I am doing something to a model multiple times, I immediately have to write a script that does that for me. For example, if a model has hard normals and sharp edges, I have a script that imports and smoothes out the model, so I don’t have to do that.

When I buy a model, I immediately download and import it, attach the textures and smooth out the normals. I don’t mess with the model afterwards. Especially if I will use it in the background.

Most artist have those little script buttons in their software. I have more specific buttons, for example, ‘delete all NT transforms in scenes’. I come up with scripts that automate everything for me. The depth of field is another example: if I have a character and want it to be in focus, I have a script that attaches a measurement to the character’s face and attaches it to the lense depth of the camera, so the character is always in focus.

If you are doing everything yourself, create as many scripts as you can. Don’t waste time doing things you don’t want to do. Even if you are a modeler – automate as much as you can. Expedite the process. A smart modeler can create a dozen models a day via automation. 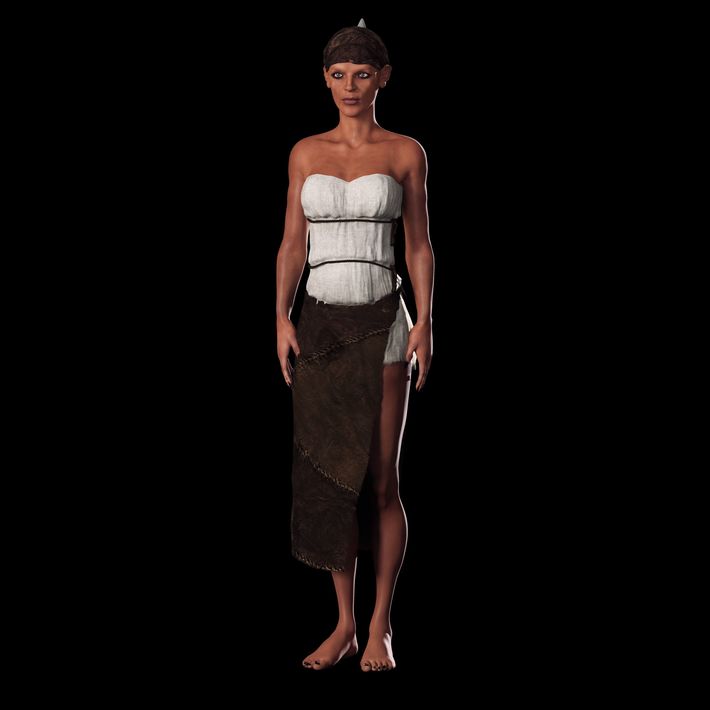 How do you create your own characters?

I create some models myself. I do use my scripts to model those characters rapidly, but it’s more than just scripts. I have also developed my sculpting skill to create models myself.

If I was to create a creature and I had its body but not the face, I would combine the body with another creature’s face. Now they call it kit-bashing, but I didn’t know it had a name back when I started doing it. I was taking pieces of characters and attaching multiple character parts myself. I never really did anything from scratch.

That’s where CGTrader comes in, because when I need a head and a set of antlers, I can just do a search and find a deer, a horse’s body and human torso. I will buy the models that someone has already created, mash them and retopologize them to have my character. Then I will have a great-looking model I had pieced together from other models. This way it takes the grunt work out of it. Modeling a centaur by yourself is the worst way to make an animated work on your own. This is bad thinking, because it’s really as easy as getting a human torso and horse’s body. 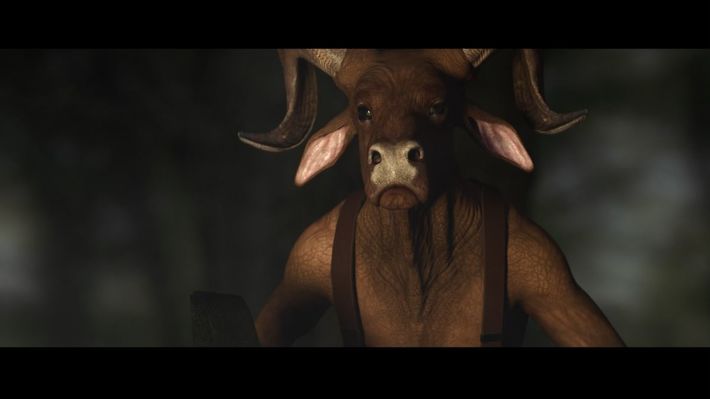 It's equivalent to being a game developer and never learning to code – just taking pieces of code. That’s how I learned to script with Mel. I am not a coder, but I can do all of my processes in Mel, because I took pieces of code and started to write my own code. If I was learning to program in Unity, I would learn to make a character run by finding someone somewhere who has the code I need. I would be learning to program a game just by ‘stealing’ a function, a line.

Which of your four movies do you like the most?

My newest movie – The Unicorn and the Lion – will definitely look the best. I have an hour animated so far and I’m about ready to do the voiceover. 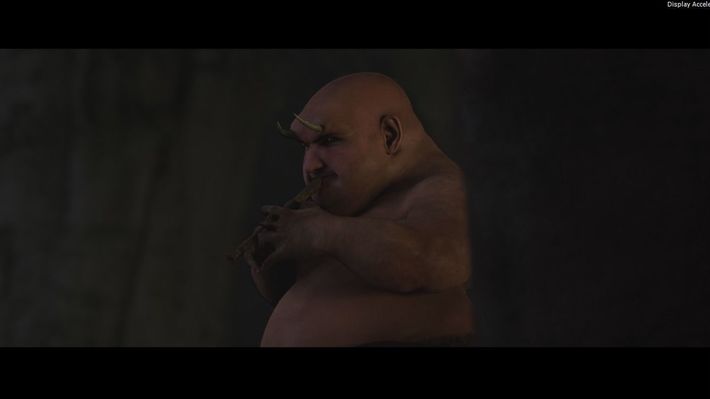 Of the ones I have released, Battle Oasis is my favorite one. It’s my artistic masterpiece. Even though I made it three years ago, it still looks really good. I like the mood and action in it a lot. In any case, I don’t like looking back too much, because I’m always getting better.

What are you doing otherwise?

We are actively looking for financing. The movie industry is still not ready to accept that a full feature 90 minute movie with sound can be made for $175,000. We hope that will change. In the meantime, I have been approached by artists that have worked on huge movies like Avatar. Hopefully, we will have the financing to collaborate.

All images used in the article were provided by Mike Johnson.

Good luck in the movies!

Very interesting - all the best!

i suppose there is a mistake "I had six PCs that were dual-NEON processors" should be xeon, no?